40 Bible Verses about Herbs And Spices 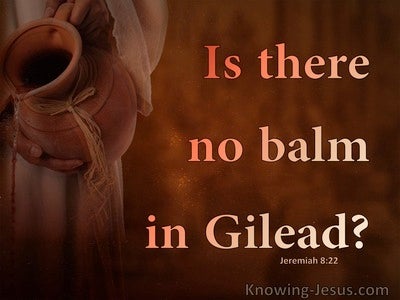 Nicodemus, who at first came to Jesus by night, also came bringing a mixture of myrrh and aloes, about a hundred pounds. So they took the body of Jesus, and bound it in linen cloths with the spices, according to Jewish burial practice.

How goodly are your tents, Jacob, and your tents, Israel. As valleys they are spread forth, as gardens by the riverside, as aloes which the LORD has planted, as cedar trees beside the waters.

Your throne, God, is forever and ever. A scepter of equity is the scepter of your kingdom. You have loved righteousness, and hated wickedness. Therefore God, your God, has anointed you with the oil of gladness above your fellows. All your garments smell like myrrh, aloes, and cassia. Out of ivory palaces stringed instruments have made you glad.

I have perfumed my bed with myrrh, aloes, and cinnamon. Come, let's take our fill of loving until the morning. Let's solace ourselves with loving.

Their father, Israel, said to them, "If it must be so, then do this. Take from the choice fruits of the land in your bags, and carry down a present for the man, a little balm, a little honey, spices and myrrh, nuts, and almonds;

They sat down to eat bread, and they lifted up their eyes and looked, and saw a caravan of Ishmaelites was coming from Gilead, with their camels bearing spices and balm and myrrh, going to carry it down to Egypt.

Is there no balm in Gilead? Is there no physician there? Why then isn't the health of the daughter of my people recovered?

Your lamb shall be without blemish, a male a year old. You shall take it from the sheep, or from the goats: and you shall keep it until the fourteenth day of the same month; and the whole assembly of the congregation of Israel shall kill it at evening. They shall take some of the blood, and put it on the two doorposts and on the lintel, on the houses in which they shall eat it.read more.
They shall eat the flesh in that night, roasted with fire, and unleavened bread. They shall eat it with bitter herbs.

The LORD spoke to Moses, saying, "Say to the children of Israel, 'If any man of you or of your generations is unclean by reason of a dead body, or is on a journey far away, he shall still keep the Passover to the LORD. In the second month, on the fourteenth day at evening they shall keep it; they shall eat it with unleavened bread and bitter herbs.

He has filled me with bitterness, he has given me in full measure wormwood.

For the dill are not threshed with a sharp instrument, neither is a cart wheel turned over the cumin; but the dill is beaten out with a stick, and the cumin with a rod.

When he has leveled its surface, doesn't he plant the dill, and scatter the cumin seed, and put in the wheat in rows, the barley in the appointed place, and emmer as its borders?

All your garments smell like myrrh, aloes, and cassia. Out of ivory palaces stringed instruments have made you glad.

Moreover the LORD spoke to Moses, saying, "Also take fine spices: of liquid myrrh, five hundred shekels; and of fragrant cinnamon half as much, even two hundred and fifty; and of fragrant cane, two hundred and fifty; and of cassia five hundred, after the shekel of the sanctuary; and a hin of olive oil.read more.
You shall make it a holy anointing oil, a perfume compounded after the art of the perfumer: it shall be a holy anointing oil.

Vedan and Javan traded with yarn for your wares: bright iron, cassia, and calamus, were among your merchandise.

The merchants of the earth weep and mourn over her, for no one buys their merchandise any more; merchandise of gold, silver, precious stones, pearls, fine linen, purple, silk, scarlet, all expensive wood, every vessel of ivory, every vessel made of most precious wood, and of brass, and iron, and marble; and cinnamon, spice, incense, perfume, frankincense, wine, olive oil, fine flour, wheat, cattle, sheep, horses, chariots, slaves and human lives.

The house of Israel called its name Manna, and it was like coriander seed, white; and its taste was like wafers with honey.

"Woe to you, scribes and Pharisees, hypocrites. For you tithe mint, dill, and cumin, and have left undone the weightier matters of the Law: justice, mercy, and faith. But you ought to have done these, and not to have left the other undone.

But woe to you Pharisees. For you tithe mint and rue and every herb, but you bypass justice and the love of God. You ought to have done these, and not to have left the other undone.

And they came into the house and saw the young child with Mary, his mother, and they fell down and worshiped him. Then, opening their treasures, they offered to him gifts: gold, frankincense, and myrrh.

After these things, Joseph of Arimathaea, being a disciple of Jesus, but secretly for fear of the Jewish leaders, asked of Pilate that he might take away the body of Jesus. Pilate gave him permission. He came therefore and took away his body. Nicodemus, who at first came to Jesus by night, also came bringing a mixture of myrrh and aloes, about a hundred pounds.

"But now those who are younger than I have me in derision, whose fathers I would have disdained to put with my sheep dogs. Of what use is the strength of their hands to me, men in whom ripe age has perished? They are gaunt from lack and famine. They gnaw the dry ground, in the gloom of waste and desolation.read more.
They pluck salt herbs by the bushes. The roots of the broom are their food. They are driven out from the midst of men. They cry after them as after a thief;

She gave the king one hundred and twenty talents of gold, and spices in great abundance, and precious stones: neither was there any such spice as the queen of Sheba gave to king Solomon.

When the queen of Sheba heard of the fame of Solomon concerning the name of the LORD, she came to prove him with hard questions. She came to Jerusalem with a very great train, with camels that bore spices, and very much gold, and precious stones; and when she had come to Solomon, she talked with him of all that was in her heart.

When the queen of Sheba heard of the fame of Solomon, she came to prove Solomon with hard questions at Jerusalem, with a very great train, and camels that bore spices, and gold in abundance, and precious stones: and when she had come to Solomon, she talked with him of all that was in her heart.

They brought every man his tribute, vessels of silver, and vessels of gold, and clothing, and armor, and spices, horses, and mules, a rate year by year.

They brought every man his tribute, vessels of silver, and vessels of gold, and clothing, armor, and spices, horses, and mules, a rate year by year.

The traffickers of Sheba and Raamah, they were your traffickers; they traded for your wares with the chief of all spices, and with all precious stones, and gold.

They buried him in his own tombs, which he had dug out for himself in the City of David, and laid him in the bed which was filled with sweet odors and various kinds of spices prepared by the perfumers' art: and they made a very great burning for him.

When the Sabbath was past, Mary Magdalene, and Mary the mother of James, and Salome, bought spices, that they might come and anoint him.

So they took the body of Jesus, and bound it in linen cloths with the spices, according to Jewish burial practice.

The LORD said to Moses, "Take to yourself sweet spices, gum resin, and onycha, and galbanum; sweet spices with pure frankincense: of each shall there be an equal weight; and you shall make incense of it, a perfume after the art of the perfumer, seasoned with salt, pure and holy:

For in the hand of the LORD there is a cup, full of foaming wine mixed with spices. He pours it out. Indeed the wicked of the earth drink and drink it to its very dregs.

Heap on the wood, make the fire hot, boil well the flesh, and make thick the broth, and let the bones be burned.

Hezekiah had a very great amount of riches and honor: and he provided him treasuries for silver, and for gold, and for precious stones, and for spices, and for shields, and for all kinds of goodly vessels;

Hezekiah was delighted at this, and showed them all the house of his precious things, the silver, and the gold, and the spices, and the precious oil, and the house of his armor, and all that was found in his treasures: there was nothing in his house, nor in all his dominion, that Hezekiah did not show them.

Hezekiah was pleased with them, and showed them the house of his precious things, the silver, and the gold, the spices, and the precious oil, and all the house of his armor, and all that was found in his treasures. There was nothing in his house, nor in all his dominion, that Hezekiah did not show them.