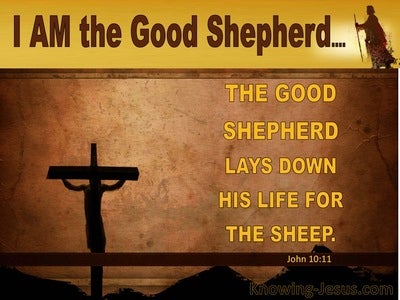 “You shall not oppress a hired servant who is poor and needy, whether he is one of your countrymen or one of your aliens who is in your land in your towns. You shall give him his wages on his day before the sun sets, for he is poor and sets his heart on it; so that he will not cry against you to the Lord and it become sin in you.

He then with his purchaser shall calculate from the year when he sold himself to him up to the year of jubilee; and the price of his sale shall correspond to the number of years. It is like the days of a hired man that he shall be with him.

All of you shall have the sabbath products of the land for food; yourself, and your male and female slaves, and your hired man and your foreign resident, those who live as aliens with you.

The Lord said to Moses and Aaron, “This is the ordinance of the Passover: no foreigner is to eat of it; but every man’s slave purchased with money, after you have circumcised him, then he may eat of it. A sojourner or a hired servant shall not eat of it.

Like an archer who wounds everyone,
So is he who hires a fool or who hires those who pass by.

If its owner is with it, he shall not make restitution; if it is hired, it came for its hire.

When Jacob came in from the field in the evening, then Leah went out to meet him and said, “You must come in to me, for I have surely hired you with my son’s mandrakes.” So he lay with her that night.

because they did not meet you with food and water on the way when you came out of Egypt, and because they hired against you Balaam the son of Beor from Pethor of Mesopotamia, to curse you.

Then I perceived that surely God had not sent him, but he uttered his prophecy against me because Tobiah and Sanballat had hired him. He was hired for this reason, that I might become frightened and act accordingly and sin, so that they might have an evil report in order that they could reproach me.

because they did not meet the sons of Israel with bread and water, but hired Balaam against them to curse them. However, our God turned the curse into a blessing.

Micah then said to him, “Dwell with me and be a father and a priest to me, and I will give you ten pieces of silver a year, a suit of clothes, and your maintenance.” So the Levite went in.

He said to them, “Thus and so has Micah done to me, and he has hired me and I have become his priest.”

They gave him seventy pieces of silver from the house of Baal-berith with which Abimelech hired worthless and reckless fellows, and they followed him.

He hired also 100,000 valiant warriors out of Israel for one hundred talents of silver.

“Also her mercenaries in her midst
Are like fattened calves,
For even they too have turned back and have fled away together;
They did not stand their ground.
For the day of their calamity has come upon them,
The time of their punishment.

But a man of God came to him saying, “O king, do not let the army of Israel go with you, for the Lord is not with Israel nor with any of the sons of Ephraim. But if you do go, do it, be strong for the battle; yet God will bring you down before the enemy, for God has power to help and to bring down.” Amaziah said to the man of God, “But what shall we do for the hundred talents which I have given to the troops of Israel?” And the man of God answered, “The Lord has much more to give you than this.”read more.
Then Amaziah dismissed them, the troops which came to him from Ephraim, to go home; so their anger burned against Judah and they returned home in fierce anger.

“Those who were full hire themselves out for bread,
But those who were hungry cease to hunger.
Even the barren gives birth to seven,
But she who has many children languishes.

In that day the Lord will shave with a razor, hired from regions beyond the Euphrates (that is, with the king of Assyria), the head and the hair of the legs; and it will also remove the beard.

It will come about at the end of seventy years that the Lord will visit Tyre. Then she will go back to her harlot’s wages and will play the harlot with all the kingdoms on the face of the earth.

Immediately He called them; and they left their father Zebedee in the boat with the hired servants, and went away to follow Him.

“Is not man forced to labor on earth,
And are not his days like the days of a hired man?
“As a slave who pants for the shade,
And as a hired man who eagerly waits for his wages,
So am I allotted months of vanity,
And nights of trouble are appointed me.

“Turn Your gaze from him that he may rest,
Until he fulfills his day like a hired man.

“For the kingdom of heaven is like a landowner who went out early in the morning to hire laborers for his vineyard. When he had agreed with the laborers for a denarius for the day, he sent them into his vineyard. And he went out about the third hour and saw others standing idle in the market place;read more.
and to those he said, ‘You also go into the vineyard, and whatever is right I will give you.’ And so they went. Again he went out about the sixth and the ninth hour, and did the same thing. And about the eleventh hour he went out and found others standing around; and he *said to them, ‘Why have you been standing here idle all day long?’ They *said to him, ‘Because no one hired us.’ He *said to them, ‘You go into the vineyard too.’ “When evening came, the owner of the vineyard *said to his foreman, ‘Call the laborers and pay them their wages, beginning with the last group to the first.’ When those hired about the eleventh hour came, each one received a denarius. When those hired first came, they thought that they would receive more; but each of them also received a denarius. When they received it, they grumbled at the landowner, saying, ‘These last men have worked only one hour, and you have made them equal to us who have borne the burden and the scorching heat of the day.’ But he answered and said to one of them, ‘Friend, I am doing you no wrong; did you not agree with me for a denarius? Take what is yours and go, but I wish to give to this last man the same as to you. Is it not lawful for me to do what I wish with what is my own? Or is your eye envious because I am generous?’

So he went and hired himself out to one of the citizens of that country, and he sent him into his fields to feed swine. And he would have gladly filled his stomach with the pods that the swine were eating, and no one was giving anything to him. But when he came to his senses, he said, ‘How many of my father’s hired men have more than enough bread, but I am dying here with hunger!read more.
I will get up and go to my father, and will say to him, “Father, I have sinned against heaven, and in your sight; I am no longer worthy to be called your son; make me as one of your hired men.”’