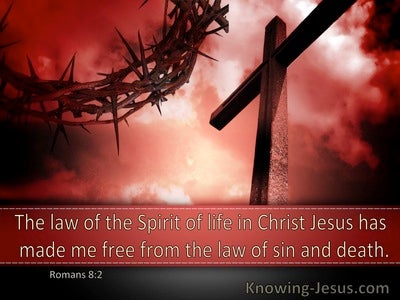 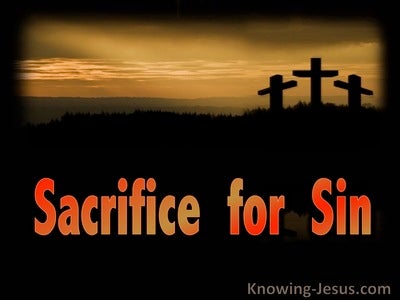 Do not boast {about tomorrow}, for you do not know what the day will bring.

So Pilate said to them, "You take him and judge him according to your law!" The Jews said to him, "It is not permitted for us to kill anyone,"

And he called out [and] said, 'Father Abraham, have mercy on me, and send Lazarus so that he could dip the tip of his finger in water and cool my tongue, because I am suffering pain in this flame!'

Your new moons and your appointed festivals my soul hates; they have become to me like burden, I am not able to bear [them].

Romans 2:28
Verse Concepts
True CircumcisionJewsCommendation
ExternalsLiving Not For The Material

For the Jew is not {one outwardly}, nor [is] circumcision {outwardly}, in the flesh.

For if the blood of goats and bulls and the ashes of a young cow sprinkled on those who are defiled sanctify [them] for the ritual purity of the flesh,

It is necessary [for] us to do the deeds of the one who sent me while it is day; night is coming, when no one can work!

Consequently, [there is] now no condemnation for those [who are] in Christ Jesus. For the law of the Spirit of life in Christ Jesus has set you free from the law of sin and death. For what [was] impossible for the law, in that it was weak through the flesh, God [did]. [By] sending his own Son in the likeness of sinful flesh and concerning sin, he condemned sin in the flesh,read more.
in order that the requirement of the law would be fulfilled in us, who do not live according to the flesh but according to the Spirit.

from men by your hand, O Yahweh, from men of [this] world. Their share [is] in {this life}, and you fill their stomach [with] your treasure. They are satisfied [with] children. They bequeath their excess to their children.

But Abraham said, 'Child, remember that you received your good [things] during your life, and Lazarus likewise bad [things]. But now he is comforted here, but you are suffering pain.

"Does not {a human being have hard service} on earth? And [are not] his days like the days of a laborer?

If his days [are] determined, the number of his months [is] with you; you have appointed his boundaries, and he cannot cross [them].

"Does not {a human being have hard service} on earth? And [are not] his days like the days of a laborer? Like a slave he longs for [the] shadow, and like a laborer he waits for his wages. So {I had to inherit} months of worthlessness, and nights of misery are apportioned to me.read more.
When I lie down, I say, 'When shall I rise?' But [the] night is long, and I have my fill of tossing until dawn. My body is clothed [with] maggots and clods of dust; my skin hardens, then it gives way [again]. "My days are swifter than a weaver's shuttle, and they come to an end {without hope}. Remember that my life [is] a breath; my eye will not return to see good. The eye of [the one] seeing me will not see me; your eyes [are] upon me, but {I will be gone}. A cloud vanishes, and it goes away, so [he who] goes down to Sheol will not come up. He does not return again to his house, and his place does not recognize him again. "Even I will not restrain my mouth; I will speak in my spirit's anguish; I will complain in my inner self's bitterness. Am I [the] sea, or a sea monster, that you set a guard over me? When I say, 'My bed will comfort me, and my couch will ease my complaint,' then you terrify me with dreams, and with visions you terrify me.

And Lot, who went with Abram, also had herds and tents. And the land could not {support them} [so as] to live together, because their possessions were [so] many that they were not able to live together. And there was a quarrel between the herdsmen of the livestock of Abram and the herdsmen of the livestock of Lot. Now at that time the Canaanites and the Perizzites were living in the land.read more.
Then Abram said to Lot, "Please, let there not be quarreling between me and you, and between my shepherds and your shepherds, for we men [are] brothers. Is not the whole land before you? Separate yourself from me. If [you want what is on] the left, then I will go right; if [you want what is on] the right, I will go left."

So David went, he and the six hundred men who were with him, and they came to the Wadi Besor, but the rest remained. David pursued, he and four hundred men; but two hundred men stayed because they were too exhausted to pass over the Wadi Besor.

He does not delight in the strength of the horse; he takes no pleasure in the legs of the man.

He does not delight in the strength of the horse; he takes no pleasure in the legs of the man. Yahweh takes pleasure in those who fear him, the ones who hope for his loyal love.

Shallum the son of Jabesh began to reign in the thirty-ninth year of Uzziah king of Judah, and he reigned {a full month} in Samaria. Then Menahem the son of Gadi came up from Tirzah, and he came [to] Samaria and struck down Shallum the son of Jabesh in Samaria and killed him. Then he became king in place of him. Now the remainder of the acts of Shallum, and his conspiracy which he conspired; look, they [are] written on the scroll of the events of the days of the kings of Israel.

Now I say, for as long a time [as] the heir is a child, [he is] no different from a slave, [although he] is master of everything, but he is under guardians and managers until the time set by [his] father. So also we, when we were children, we were enslaved under the elemental spirits of the world.

This [is] the word that Yahweh commanded the daughters of Zelophehad, saying, '{Let them marry} {whomever they like}; only {they must marry} from within the clan of the tribe of their father.

Now there happened at that time no little disturbance concerning the Way. For someone {named} Demetrius, a silversmith who made silver replicas of the temple of Artemis, was bringing no little business to the craftsmen. {These} he gathered together, and the workers occupied with such things, [and] said, "Men, you know that from this business {we get our prosperity},read more.
and you see and hear that not only in Ephesus but in almost all of Asia this man Paul has persuaded [and] turned away a large crowd [by] saying that the [gods] made by hands are not gods. So not only is there a danger this line of business of ours [will] come into disrepute, but also the temple of the great goddess Artemis [will] be regarded as nothing--and [she] is about to be brought down even from her grandeur, [she] whom the whole [of] Asia and the [entire] world worship!" And [when they] heard [this] and became full of rage, they began to shout, saying, "Great [is] Artemis of the Ephesians!"

[If] you faint on the day of adversity, little [is] your strength.

And I, brothers, was not able to speak to you as to spiritual [people], but as to fleshly [people], as to infants in Christ. I gave you milk to drink, not solid food, for you were not yet able [to eat it]. But now you are still not able,

Yahweh knows [the] thoughts of humankind, that {they [are] to no purpose}.