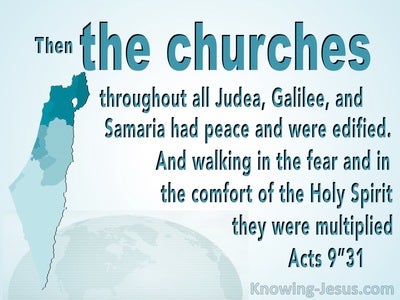 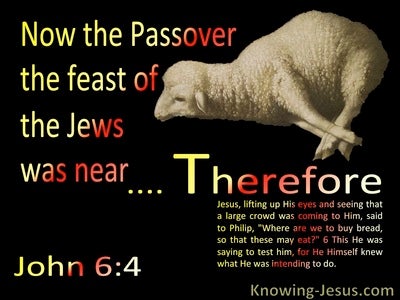 So the church throughout all Judea and Galilee and Samaria enjoyed peace, being built up; and going on in the fear of the Lord and in the comfort of the Holy Spirit, it continued to increase.

But the word of the Lord continued to grow and to be multiplied.

But I will harden Pharaoh’s heart that I may multiply My signs and My wonders in the land of Egypt.

And Jesus called His disciples to Him, and said, “I feel compassion for the people, because they have remained with Me now three days and have nothing to eat; and I do not want to send them away hungry, for they might faint on the way.” The disciples *said to Him, “Where would we get so many loaves in this desolate place to satisfy such a large crowd?” And Jesus *said to them, “How many loaves do you have?” And they said, “Seven, and a few small fish.”read more.
And He directed the people to sit down on the ground; and He took the seven loaves and the fish; and giving thanks, He broke them and started giving them to the disciples, and the disciples gave them to the people. And they all ate and were satisfied, and they picked up what was left over of the broken pieces, seven large baskets full. And those who ate were four thousand men, besides women and children. And sending away the crowds, Jesus got into the boat and came to the region of Magadan.

After these things Jesus went away to the other side of the Sea of Galilee (or Tiberias). A large crowd followed Him, because they saw the signs which He was performing on those who were sick. Then Jesus went up on the mountain, and there He sat down with His disciples.read more.
Now the Passover, the feast of the Jews, was near. Therefore Jesus, lifting up His eyes and seeing that a large crowd was coming to Him, *said to Philip, “Where are we to buy bread, so that these may eat?” This He was saying to test him, for He Himself knew what He was intending to do. Philip answered Him, “Two hundred denarii worth of bread is not sufficient for them, for everyone to receive a little.” One of His disciples, Andrew, Simon Peter’s brother, *said to Him, “There is a lad here who has five barley loaves and two fish, but what are these for so many people?” Jesus said, “Have the people sit down.” Now there was much grass in the place. So the men sat down, in number about five thousand. Jesus then took the loaves, and having given thanks, He distributed to those who were seated; likewise also of the fish as much as they wanted. When they were filled, He *said to His disciples, “Gather up the leftover fragments so that nothing will be lost.” So they gathered them up, and filled twelve baskets with fragments from the five barley loaves which were left over by those who had eaten. Therefore when the people saw the sign which He had performed, they said, “This is truly the Prophet who is to come into the world.” So Jesus, perceiving that they were intending to come and take Him by force to make Him king, withdrew again to the mountain by Himself alone.

Moreover, the angel of the Lord said to her, “I will greatly multiply your descendants so that they will be too many to count.”

“Then it shall come about, because you listen to these judgments and keep and do them, that the Lord your God will keep with you His covenant and His lovingkindness which He swore to your forefathers.

Yet the fool multiplies words. No man knows what will happen, and who can tell him what will come after him?

Naaman went in and told his master, saying, “Thus and thus spoke the girl who is from the land of Israel.” Then the king of Aram said, “Go now, and I will send a letter to the king of Israel.” He departed and took with him ten talents of silver and six thousand shekels of gold and ten changes of clothes. He brought the letter to the king of Israel, saying, “And now as this letter comes to you, behold, I have sent Naaman my servant to you, that you may cure him of his leprosy.”

Now Solomon gathered chariots and horsemen; and he had 1,400 chariots and 12,000 horsemen, and he stationed them in the chariot cities and with the king in Jerusalem.

And I will make you a great nation,
And I will bless you,
And make your name great;
And so you shall be a blessing;

How precious also are Your thoughts to me, O God!
How vast is the sum of them!
If I should count them, they would outnumber the sand.
When I awake, I am still with You.

God blessed them, saying, “Be fruitful and multiply, and fill the waters in the seas, and let birds multiply on the earth.”