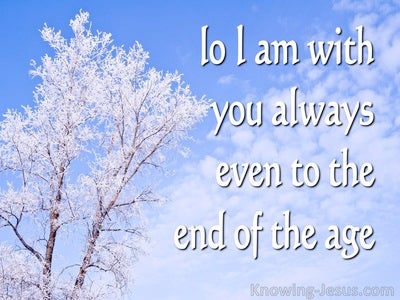 You shall fear only the Lord your God; and you shall worship Him and swear by His name.

Who may ascend into the hill of the Lord?
And who may stand in His holy place?
He who has clean hands and a pure heart,
Who has not lifted up his soul to falsehood
And has not sworn deceitfully.

You shall not swear falsely by My name, so as to profane the name of your God; I am the Lord.

“You shall not take the name of the Lord your God in vain, for the Lord will not leave him unpunished who takes His name in vain.

‘You shall not take the name of the Lord your God in vain, for the Lord will not leave him unpunished who takes His name in vain.

or has found what was lost and lied about it and sworn falsely, so that he sins in regard to any one of the things a man may do; then it shall be, when he sins and becomes guilty, that he shall restore what he took by robbery or what he got by extortion, or the deposit which was entrusted to him or the lost thing which he found, or anything about which he swore falsely; he shall make restitution for it in full and add to it one-fifth more. He shall give it to the one to whom it belongs on the day he presents his guilt offering.

an oath before the Lord shall be made by the two of them that he has not laid hands on his neighbor’s property; and its owner shall accept it, and he shall not make restitution.

The priest shall have her take an oath and shall say to the woman, “If no man has lain with you and if you have not gone astray into uncleanness, being under the authority of your husband, be immune to this water of bitterness that brings a curse;

“If a man sins against his neighbor and is made to take an oath, and he comes and takes an oath before Your altar in this house,

But King Zedekiah swore to Jeremiah in secret saying, “As the Lord lives, who made this life for us, surely I will not put you to death nor will I give you over to the hand of these men who are seeking your life.”

He took one of the royal family and made a covenant with him, putting him under oath. He also took away the mighty of the land,

Now it came about at that time that Abimelech and Phicol, the commander of his army, spoke to Abraham, saying, “God is with you in all that you do; now therefore, swear to me here by God that you will not deal falsely with me or with my offspring or with my posterity, but according to the kindness that I have shown to you, you shall show to me and to the land in which you have sojourned.” Abraham said, “I swear it.”read more.
But Abraham complained to Abimelech because of the well of water which the servants of Abimelech had seized. And Abimelech said, “I do not know who has done this thing; you did not tell me, nor did I hear of it until today.” Abraham took sheep and oxen and gave them to Abimelech, and the two of them made a covenant. Then Abraham set seven ewe lambs of the flock by themselves. Abimelech said to Abraham, “What do these seven ewe lambs mean, which you have set by themselves?” He said, “You shall take these seven ewe lambs from my hand so that it may be a witness to me, that I dug this well.” Therefore he called that place Beersheba, because there the two of them took an oath.

Then Abimelech came to him from Gerar with his adviser Ahuzzath and Phicol the commander of his army. Isaac said to them, “Why have you come to me, since you hate me and have sent me away from you?” They said, “We see plainly that the Lord has been with you; so we said, ‘Let there now be an oath between us, even between you and us, and let us make a covenant with you,read more.
that you will do us no harm, just as we have not touched you and have done to you nothing but good and have sent you away in peace. You are now the blessed of the Lord.’” Then he made them a feast, and they ate and drank. In the morning they arose early and exchanged oaths; then Isaac sent them away and they departed from him in peace.

When the inhabitants of Gibeon heard what Joshua had done to Jericho and to Ai, they also acted craftily and set out as envoys, and took worn-out sacks on their donkeys, and wineskins worn-out and torn and mended, and worn-out and patched sandals on their feet, and worn-out clothes on themselves; and all the bread of their provision was dry and had become crumbled.read more.
They went to Joshua to the camp at Gilgal and said to him and to the men of Israel, “We have come from a far country; now therefore, make a covenant with us.” The men of Israel said to the Hivites, “Perhaps you are living within our land; how then shall we make a covenant with you?” But they said to Joshua, “We are your servants.” Then Joshua said to them, “Who are you and where do you come from?” They said to him, “Your servants have come from a very far country because of the fame of the Lord your God; for we have heard the report of Him and all that He did in Egypt, and all that He did to the two kings of the Amorites who were beyond the Jordan, to Sihon king of Heshbon and to Og king of Bashan who was at Ashtaroth. So our elders and all the inhabitants of our country spoke to us, saying, ‘Take provisions in your hand for the journey, and go to meet them and say to them, “We are your servants; now then, make a covenant with us.”’ This our bread was warm when we took it for our provisions out of our houses on the day that we left to come to you; but now behold, it is dry and has become crumbled. These wineskins which we filled were new, and behold, they are torn; and these our clothes and our sandals are worn out because of the very long journey.” So the men of Israel took some of their provisions, and did not ask for the counsel of the Lord. Joshua made peace with them and made a covenant with them, to let them live; and the leaders of the congregation swore an oath to them. It came about at the end of three days after they had made a covenant with them, that they heard that they were neighbors and that they were living within their land. Then the sons of Israel set out and came to their cities on the third day. Now their cities were Gibeon and Chephirah and Beeroth and Kiriath-jearim. The sons of Israel did not strike them because the leaders of the congregation had sworn to them by the Lord the God of Israel. And the whole congregation grumbled against the leaders. But all the leaders said to the whole congregation, “We have sworn to them by the Lord, the God of Israel, and now we cannot touch them. This we will do to them, even let them live, so that wrath will not be upon us for the oath which we swore to them.” The leaders said to them, “Let them live.” So they became hewers of wood and drawers of water for the whole congregation, just as the leaders had spoken to them.

When he had gone out to the gateway, another servant-girl saw him and *said to those who were there, “This man was with Jesus of Nazareth.” And again he denied it with an oath, “I do not know the man.” A little later the bystanders came up and said to Peter, “Surely you too are one of them; for even the way you talk gives you away.”read more.
Then he began to curse and swear, “I do not know the man!” And immediately a rooster crowed.

But again he denied it. And after a little while the bystanders were again saying to Peter, “Surely you are one of them, for you are a Galilean too.” But he began to curse and swear, “I do not know this man you are talking about!”

Jacob lived in the land of Egypt seventeen years; so the length of Jacob’s life was one hundred and forty-seven years. When the time for Israel to die drew near, he called his son Joseph and said to him, “Please, if I have found favor in your sight, place now your hand under my thigh and deal with me in kindness and faithfulness. Please do not bury me in Egypt, but when I lie down with my fathers, you shall carry me out of Egypt and bury me in their burial place.” And he said, “I will do as you have said.”read more.
He said, “Swear to me.” So he swore to him. Then Israel bowed in worship at the head of the bed.

And Jacob said, “First swear to me”; so he swore to him, and sold his birthright to Jacob.

Or if a person swears thoughtlessly with his lips to do evil or to do good, in whatever matter a man may speak thoughtlessly with an oath, and it is hidden from him, and then he comes to know it, he will be guilty in one of these.

But when Herod’s birthday came, the daughter of Herodias danced before them and pleased Herod, so much that he promised with an oath to give her whatever she asked.

But above all, my brethren, do not swear, either by heaven or by earth or with any other oath; but your yes is to be yes, and your no, no, so that you may not fall under judgment.

“Again, you have heard that the ancients were told, ‘You shall not make false vows, but shall fulfill your vows to the Lord.’ But I say to you, make no oath at all, either by heaven, for it is the throne of God, or by the earth, for it is the footstool of His feet, or by Jerusalem, for it is the city of the great King.read more.
Nor shall you make an oath by your head, for you cannot make one hair white or black. But let your statement be, ‘Yes, yes’ or ‘No, no’; anything beyond these is of evil.