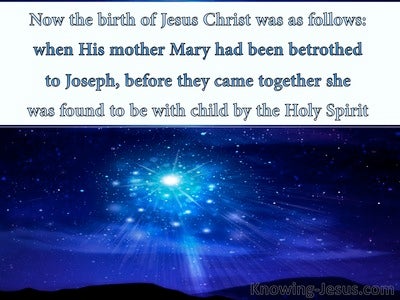 Then the king stood in his place and made a covenant before the Lord to walk after the Lord, and to keep His commandments and His testimonies and His statutes with all his heart and with all his soul, to perform the words of the covenant written in this book. Moreover, he made all who were present in Jerusalem and Benjamin to stand with him. So the inhabitants of Jerusalem did according to the covenant of God, the God of their fathers.

All the officials, the mighty men, and also all the sons of King David pledged allegiance to King Solomon.

As I live,’ declares the Lord God, ‘Surely in the country of the king who put him on the throne, whose oath he despised and whose covenant he broke, in Babylon he shall die. Pharaoh with his mighty army and great company will not help him in the war, when they cast up ramps and build siege walls to cut off many lives. Now he despised the oath by breaking the covenant, and behold, he pledged his allegiance, yet did all these things; he shall not escape.’”

He said, therefore, “I will send you a young goat from the flock.” She said, moreover, “Will you give a pledge until you send it?” He said, “What pledge shall I give you?” And she said, “Your seal and your cord, and your staff that is in your hand.” So he gave them to her and went in to her, and she conceived by him.

“When you make your neighbor a loan of any sort, you shall not enter his house to take his pledge. You shall remain outside, and the man to whom you make the loan shall bring the pledge out to you. If he is a poor man, you shall not sleep with his pledge.read more.
When the sun goes down you shall surely return the pledge to him, that he may sleep in his cloak and bless you; and it will be righteousness for you before the Lord your God.

Take his garment when he becomes surety for a stranger;
And for foreigners, hold him in pledge.

Take his garment when he becomes surety for a stranger;
And for an adulterous woman hold him in pledge.

“You shall not pervert the justice due an alien or an orphan, nor take a widow’s garment in pledge.

“Is it because of your reverence that He reproves you,
That He enters into judgment against you?
“Is not your wickedness great,
And your iniquities without end?
“For you have taken pledges of your brothers without cause,
And stripped men naked.

“Some remove the landmarks;
They seize and devour flocks.
“They drive away the donkeys of the orphans;
They take the widow’s ox for a pledge.

Thus says the Lord,
“For three transgressions of Israel and for four
I will not revoke its punishment,
Because they sell the righteous for money
And the needy for a pair of sandals.
“These who pant after the very dust of the earth on the head of the helpless
Also turn aside the way of the humble;
And a man and his father resort to the same girl
In order to profane My holy name.
“On garments taken as pledges they stretch out beside every altar,
And in the house of their God they drink the wine of those who have been fined.

He who is guarantor for a stranger will surely suffer for it,
But he who hates being a guarantor is secure.

My son, if you have become surety for your neighbor,
Have given a pledge for a stranger,
If you have been snared with the words of your mouth,
Have been caught with the words of your mouth,
Do this then, my son, and deliver yourself;
Since you have come into the hand of your neighbor,
Go, humble yourself, and importune your neighbor.
read more.
Give no sleep to your eyes,
Nor slumber to your eyelids;
Deliver yourself like a gazelle from the hunter’s hand
And like a bird from the hand of the fowler.

A man lacking in sense pledges
And becomes guarantor in the presence of his neighbor.

Now the birth of Jesus Christ was as follows: when His mother Mary had been betrothed to Joseph, before they came together she was found to be with child by the Holy Spirit. And Joseph her husband, being a righteous man and not wanting to disgrace her, planned to send her away secretly.

“If a man seduces a virgin who is not engaged, and lies with her, he must pay a dowry for her to be his wife.

“If there is a girl who is a virgin engaged to a man, and another man finds her in the city and lies with her, then you shall bring them both out to the gate of that city and you shall stone them to death; the girl, because she did not cry out in the city, and the man, because he has violated his neighbor’s wife. Thus you shall purge the evil from among you. “But if in the field the man finds the girl who is engaged, and the man forces her and lies with her, then only the man who lies with her shall die.

to a virgin engaged to a man whose name was Joseph, of the descendants of David; and the virgin’s name was Mary.

If you ever take your neighbor’s cloak

If you ever take your neighbor’s cloak

"When you make your neighbor a loan of any sort, you shall not enter his house to take his pledge. "You shall remain outside, and the man to whom you make the loan shall bring the pledge out to you.