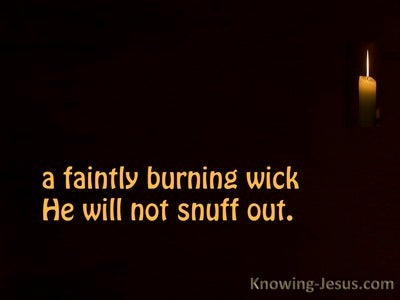 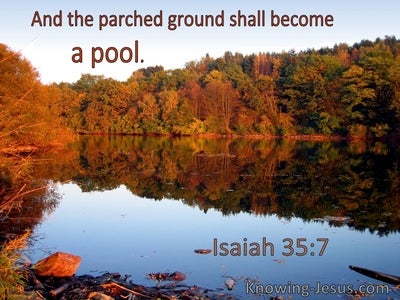 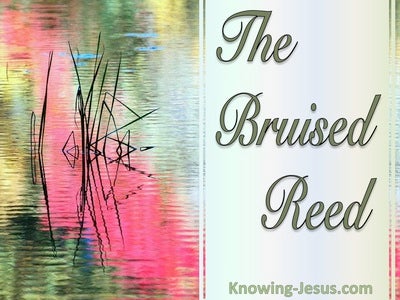 Can papyrus grow tall where [there is] not a marsh? Will reeds flourish without water?

And it happened [that] after {two full years} Pharaoh dreamed, and behold, he was standing by the Nile. And behold, seven cows, {well built and fat}, were coming up from the Nile, and they grazed among the reeds. And behold, seven other cows came up after them from the Nile, {ugly and gaunt}, and they stood beside those cows on the bank of the Nile.read more.
And the {ugly and gaunt} cows ate the seven {well built and fat} cows. Then Pharaoh awoke.

And a man from the {family} of Levi went, and he took {a descendent of Levi}. And the woman conceived, and she gave birth to a son, and she saw him, that he was a fine baby, and she hid him three months. But when she could no longer hide him, she got a papyrus basket for him, and she coated it with tar and with pitch, and she placed the boy in it, and she placed [it] among the reeds on the bank of the Nile.read more.
And his sister stood at a distance to know what would be done to him. And the daughter of Pharaoh went down to wash at the Nile, [while] her maidservants were walking alongside the Nile, and she saw the basket in the midst of the reeds, and she sent her slave woman [for it] and took it and opened [it] and saw him--the boy--and it was a lad weeping, and she had compassion for him and said, "This [must be] from the boys of the Hebrews."

Yahweh will strike Israel as one shakes the reed plant in the water, and he will root Israel up from this good land that he gave to their ancestors. He will scatter them beyond the River because they have made their sacred poles [which are] provoking Yahweh.

Under [the] lotus tree it lies, in [the] hiding place of [the] reeds and [in the] marsh.

And [the] rivers will become foul-smelling; the branches of the Nile of Egypt will become little and dry up; reed and rush will wither.

And the parched ground shall become pool, and [the] thirsty ground springs of water. Her resting place [is] in a settlement of jackals; [the] grass [shall become] like reeds and rushes.

Now [as] these were going away, Jesus began to speak to the crowds concerning John: "What did you go out into the wilderness to see? A reed shaken by the wind?

And [when] the messengers of John had departed, he began to speak to the crowds concerning John: "What did you go out into the wilderness to see? A reed shaken by the wind?

Now, look! You {rely} on the staff of this broken reed, on Egypt, which [when] a man leans on it, it goes into his hand and pierces it! So [is] Pharaoh the king of Egypt for all who are trusting on him!

Look, you trust in the staff of this broken reed, on Egypt, which [if] a man leans on it, goes into his hand and bores through it! Such [is] Pharaoh, king of Egypt, to all those who trust in him.

Is [the] fast I choose like this, a day for humankind to humiliate {himself}? To bow his head like a reed, and {make} his bed [on] sackcloth and ashes; you call this a fast and a day of pleasure to Yahweh?

A crushed reed he will not break, and a smoldering wick he will not extinguish, until he brings justice to victory.

He will not break a broken reed, and he not will extinguish a dim wick. He will bring justice forth in faithfulness.

Smoke comes from its nostrils as [from] a kettle boiling and [burning] bulrushes.

And a measuring rod similar in appearance to a staff was given to me, saying, "Get up and measure the temple of God and the altar and those who worship in it.

So Yahweh cut off head and tail from Israel, palm branch and reed [in] one day. Elders and {the respectable} [are] the head, and prophets who teach lies [are] the tail.

Yahweh has mixed a spirit of confusion into her midst, and they have caused Egypt to stagger in all of its doings, as {when a drunkard staggers} in his vomit. And {there will be nothing for Egypt to do}, head or tail, palm branch or reed.

And all of the inhabitants of Egypt will know that I [am] Yahweh, because of their being a staff of reed for the house of Israel. When they took hold of you with the hand, you snapped, and you split their every shoulder. And when they leaned on you, you broke, and you caused all of their loins to wobble."

Brooks » Borders of, favorable to » Reeds

And [the] rivers will become foul-smelling; the branches of the Nile of Egypt will become little and dry up; reed and rush will wither.

Under [the] lotus tree it lies, in [the] hiding place of [the] reeds and [in the] marsh.