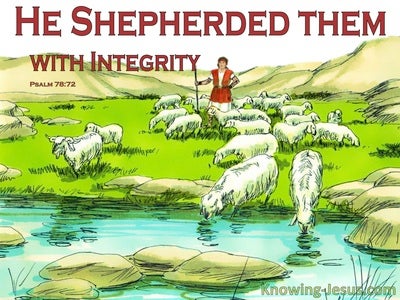 ‘Let every skillful man among you come, and make all that the Lord has commanded:

Moreover, there are many workmen with you, stonecutters and masons of stone and carpenters, and all men who are skillful in every kind of work. Of the gold, the silver and the bronze and the iron there is no limit. Arise and work, and may the Lord be with you.”

For a man named Demetrius, a silversmith, who made silver shrines of Artemis, was bringing no little business to the craftsmen;

He was a widow’s son from the tribe of Naphtali, and his father was a man of Tyre, a worker in bronze; and he was filled with wisdom and understanding and skill for doing any work in bronze. So he came to King Solomon and performed all his work. He fashioned the two pillars of bronze; eighteen cubits was the height of one pillar, and a line of twelve cubits measured the circumference of both.

He overlaid the main room with cypress wood and overlaid it with fine gold, and ornamented it with palm trees and chains. Further, he adorned the house with precious stones; and the gold was gold from Parvaim. He also overlaid the house with gold—the beams, the thresholds and its walls and its doors; and he carved cherubim on the walls.

Alexander the coppersmith did me much harm; the Lord will repay him according to his deeds.

So David gave orders to gather the foreigners who were in the land of Israel, and he set stonecutters to hew out stones to build the house of God.

Now Solomon had 70,000 transporters, and 80,000 hewers of stone in the mountains, besides Solomon’s 3,300 chief deputies who were over the project and who ruled over the people who were doing the work. Then the king commanded, and they quarried great stones, costly stones, to lay the foundation of the house with cut stones.read more.
So Solomon’s builders and Hiram’s builders and the Gebalites cut them, and prepared the timbers and the stones to build the house.

He built the inner court with three rows of cut stone and a row of cedar beams.

All these were of costly stones, of stone cut according to measure, sawed with saws, inside and outside; even from the foundation to the coping, and so on the outside to the great court. The foundation was of costly stones, even large stones, stones of ten cubits and stones of eight cubits. And above were costly stones, stone cut according to measure, and cedar.read more.
So the great court all around had three rows of cut stone and a row of cedar beams even as the inner court of the house of the Lord, and the porch of the house.

Send me also cedar, cypress and algum timber from Lebanon, for I know that your servants know how to cut timber of Lebanon; and indeed my servants will work with your servants, to prepare timber in abundance for me, for the house which I am about to build will be great and wonderful.

With him was Oholiab the son of Ahisamach, of the tribe of Dan, an engraver and a skillful workman and a weaver in blue and in purple and in scarlet material, and fine linen.

All the skilled women spun with their hands, and brought what they had spun, in blue and purple and scarlet material and in fine linen.

Chenaniah, chief of the Levites, was in charge of the singing; he gave instruction in singing because he was skillful.

The men did the work faithfully with foremen over them to supervise: Jahath and Obadiah, the Levites of the sons of Merari, Zechariah and Meshullam of the sons of the Kohathites, and the Levites, all who were skillful with musical instruments. They were also over the burden bearers, and supervised all the workmen from job to job; and some of the Levites were scribes and officials and gatekeepers.

Sing to Him a new song;
Play skillfully with a shout of joy.

When the boys grew up, Esau became a skillful hunter, a man of the field, but Jacob was a peaceful man, living in tents.

And Hiram sent his servants with the fleet, sailors who knew the sea, along with the servants of Solomon.

“The inhabitants of Sidon and Arvad were your rowers;
Your wise men, O Tyre, were aboard; they were your pilots.

“For I do not know how to flatter,
Else my Maker would soon take me away.

For the choir director; according to the Shoshannim. A Maskil of the sons of Korah. A Song of Love.
My heart overflows with a good theme;
I address my verses to the King;
My tongue is the pen of a ready writer.

So that it does not hear the voice of charmers,
Or a skillful caster of spells.

The captain of fifty and the honorable man,
The counselor and the expert artisan,
And the skillful enchanter.

So he shepherded them according to the integrity of his heart,
And guided them with his skillful hands.

Jeremiah 50:9
Verse Concepts
Out Of The North
Aliances

“For behold, I am going to arouse and bring up against Babylon
A horde of great nations from the land of the north,
And they will draw up their battle lines against her;
From there she will be taken captive.
Their arrows will be like an expert warrior
Who does not return empty-handed.

Ezekiel 28:5
Verse Concepts
Wisdom Gives WealthSatisfied With RichesMaterialism, As An Aspect Of Sin
Riches, Dangers OfTradeRiches, Can Lead To

“By your great wisdom, by your trade
You have increased your riches
And your heart is lifted up because of your riches—

Another shapes wood, he extends a measuring line; he outlines it with red chalk. He works it with planes and outlines it with a compass, and makes it like the form of a man, like the beauty of man, so that it may sit in a house.

As for the idol, a craftsman casts it,
A goldsmith plates it with gold,
And a silversmith fashions chains of silver.
He who is too impoverished for such an offering
Selects a tree that does not rot;
He seeks out for himself a skillful craftsman
To prepare an idol that will not totter.

So the craftsman encourages the smelter,
And he who smooths metal with the hammer encourages him who beats the anvil,
Saying of the soldering, “It is good”;
And he fastens it with nails,
So that it will not totter.

Beaten silver is brought from Tarshish,
And gold from Uphaz,
The work of a craftsman and of the hands of a goldsmith;
Violet and purple are their clothing;
They are all the work of skilled men.

Being then the children of God, we ought not to think that the Divine Nature is like gold or silver or stone, an image formed by the art and thought of man.

And he will spread out his hands in the middle of it
As a swimmer spreads out his hands to swim,
But the Lord will lay low his pride together with the trickery of his hands.

Ezekiel 21:31
Verse Concepts
Skilled PeopleBreath Of God
Those Who DestroyFire Of God's Anger

I will pour out My indignation on you; I will blow on you with the fire of My wrath, and I will give you into the hand of brutal men, skilled in destruction.

Concerning evil, both hands do it well.
The prince asks, also the judge, for a bribe,
And a great man speaks the desire of his soul;
So they weave it together.

1 Chronicles 5:18
Verse Concepts
MilitaryShields
Archers, In ArmiesForty Thousand And Up

The sons of Reuben and the Gadites and the half-tribe of Manasseh, consisting of valiant men, men who bore shield and sword and shot with bow and were skillful in battle, were 44,760, who went to war.

“Now I am sending Huram-abi, a skilled man, endowed with understanding, the son of a Danite woman and a Tyrian father, who knows how to work in gold, silver, bronze, iron, stone and wood, and in purple, violet, linen and crimson fabrics, and who knows how to make all kinds of engravings and to execute any design which may be assigned to him, to work with your skilled men and with those of my lord David your father.

When Abram heard that his relative had been taken captive, he led out his trained men, born in his house, three hundred and eighteen, and went in pursuit as far as Dan.