28 Bible Verses about Telling Of Jesus 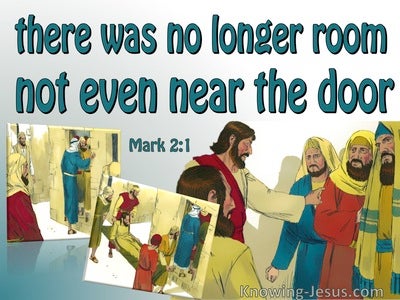 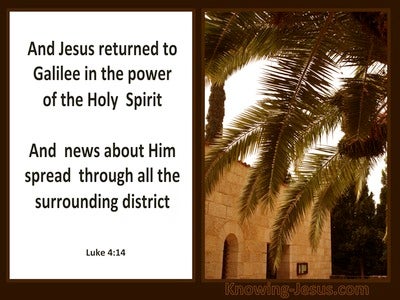 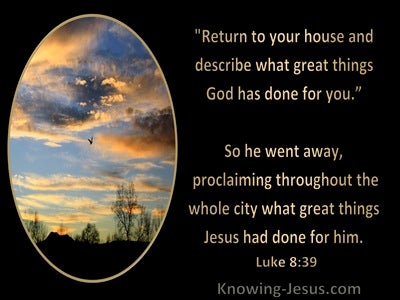 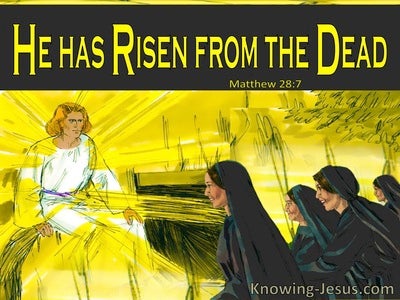 John's disciples told him about all these things. So John called two of his disciples

Jesus answered them, "Go and tell John what you hear and observe:

So he answered them, "Go and tell John what you have observed and heard: the blind see, the lame walk, lepers are cleansed, the deaf hear again, the dead are raised, and the destitute hear the good news.

Several days later, Jesus returned to Capernaum and it was reported that he was at home.

The people who had seen it told them what had happened to the demon-possessed man and the pigs.

When the angels had left them and gone back to heaven, the shepherds told one another, "Let's go to Bethlehem and see what has taken place that the Lord has told us about."

Just then she came forward and began to thank God and to speak about Jesus to everyone who was waiting for the redemption of Jerusalem.

Then Jesus returned to Galilee by the power of the Spirit. Meanwhile, the news about him spread throughout the surrounding country.

So news about him spread to every place in the surrounding region.

But the news about Jesus spread even more, and many crowds began gathering to hear him and to be healed of their diseases.

When the centurion heard about Jesus, he sent some Jewish elders to him to ask him to come and save his servant's life.

This news about Jesus spread throughout Judea and all the surrounding countryside.

Now when those who had been taking care of the pigs ran away, they came into the city and reported everything, especially what had happened to the demon-possessed men.

Luke 8:34
Verse Concepts
Looking And SeeingStock Keeping
Others Who Fled

Now when those who had been taking care of the pigs saw what had happened, they ran away and reported it in the city and in the countryside.

The people who had seen it told them how the demon-possessed man had been healed.

"Go home and tell what God has done for you." So the man left and kept proclaiming throughout the whole city how much Jesus had done for him.

John 5:15
Verse Concepts
Who Is The Doer?

The man went off and told the Jewish leaders that it was Jesus who had made him well.

Some of them, however, went to the Pharisees and told them what Jesus had done.

Jesus replied, "Are you asking this on your own initiative, or did others tell you about me?"

But go and tell his disciples especially Peter that Jesus is going ahead of you to Galilee. There you will see him, just as he told you."

Then go quickly and tell his disciples that he is risen from the dead. He is going ahead of you into Galilee, and you will see him there. Remember, I have told you!"

She went and told those who had been with Jesus and who now were grieving and crying.

They returned from the tomb and reported all these things to the eleven disciples and all the others. The women who told the apostles about it were Mary Magdalene, Joanna, Mary the mother of James, and some others.

They went back and told the others, who didn't believe them, either.

So they quickly left the tomb, terrified but also ecstatic, and ran to tell Jesus' disciples.

Then Jesus told them, "Stop being frightened! Go and tell my brothers to leave for Galilee, and they will see me there."