10 Bible Verses about the anniversary Feasts 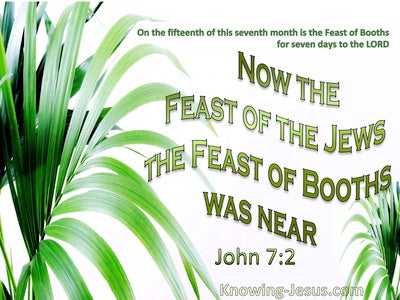 Observe the Festival of Unleavened Bread. As I commanded you, you are to eat unleavened bread for seven days at the appointed time in the month of Abib, because you came out of Egypt in that month. No one is to appear before Me empty-handed.

“Celebrate a festival in My honor three times a year.

The Lord spoke to Moses:

King Belshazzar held a great feast for 1,000 of his nobles and drank wine in their presence.

“The Israelites are to observe the Passover at its appointed time.

Therefore, let us observe the feast, not with old yeast or with the yeast of malice and evil but with the unleavened bread of sincerity and truth.

For this reason these days are called Purim, from the word Pur.Because of all the instructions in this letter as well as what they had witnessed and what had happened to them,

The Jewish Festival of Tabernacles was near,

the anniversary Feasts » Were seasons of » Sacrificing

Three times a year Solomon offered burnt offerings and fellowship offerings on the altar he had built for the Lord, and he burned incense with them in the Lord’s presence.

He followed the daily requirement

This man would go up from his town every year

He followed the daily requirement

Lamentations 1:4
Verse Concepts
SighingPilgrimageRoadsTragedy On The Streets
Festivals DisregardedMourning Due To CatastropheNo One To Be Found

the anniversary Feasts » Offerings to be made at

You must redeem the firstborn of a donkey with a sheep, but if you do not redeem it, break its neck.

the anniversary Feasts » Were seasons of » Entertainments

Hannah got up after they ate and drank at Shiloh.

Whenever Elkanah offered a sacrifice, he always gave portions of the meat

Hannah got up after they ate and drank at Shiloh.

This man would go up from his town every year

the anniversary Feasts » All males to attend

Three times a year all your males are to appear before the Lord God.

the anniversary Feasts » Were seasons of » Joy and gladness

The Lord will give you meager bread and water during oppression,

So he got up and went. There was an Ethiopian man, a eunuch

There were Jews living in Jerusalem, devout men from every nation under heaven. When this sound occurred, the multitude came together and was confused because each one heard them speaking in his own language. And they were astounded and amazed, saying, "Look, aren't all these who are speaking Galileans? read more.
How is it that we hear, each of us, in our own native language? Parthians, Medes, Elamites; those who live in Mesopotamia, in Judea and Cappadocia, Pontus and Asia, Phrygia and Pamphylia, Egypt and the parts of Libya near Cyrene; visitors from Rome, both Jews and proselytes, Cretans and Arabs-we hear them speaking in our own languages the magnificent acts of God."

the anniversary Feasts » The jews went up to, in large companies

Assuming He was in the traveling party, they went a day’s journey. Then they began looking for Him among their relatives and friends.

After this, a Jewish festival took place, and Jesus went up to Jerusalem.

After His brothers had gone up to the festival, then He also went up, not openly but secretly.

the anniversary Feasts » Called » Feasts of the lord

the anniversary Feasts » Rendered unavailing by the impiety of the jews

Stop bringing useless offerings. I despise [your] incense. New Moons and Sabbaths, and the calling of solemn assemblies- I cannot stand iniquity with a festival. I hate your New Moons and prescribed festivals. They have become a burden to Me; I am tired of putting up with [them].

the anniversary Feasts » The ten tribes seduced by jeroboam from attending

If these people regularly go to offer sacrifices in the Lord’s temple in Jerusalem,

the anniversary Feasts » Illustrative of general assembly of the church

to the assembly of the firstborn whose names have been written

I rejoiced with those who said to me, "Let us go to the house of the Lord." Our feet are standing within your gates, Jerusalem-

the anniversary Feasts » The dangers and difficulties encountered in going up to, alluded to

As they pass through the Valley of Baca, they make it a source of springwater; even the autumn rain will cover it with blessings. They go from strength to strength; each appears before God in Zion.

the anniversary Feasts » The land divinely protected during

For I will drive out nations

the anniversary Feasts » Instituted by God

“Celebrate a festival in My honor three times a year.

the anniversary Feasts » Were eucharistic

When He was 12 years old, they went up according to the custom of the festival.