18 Bible Verses about Those Who Are Liars 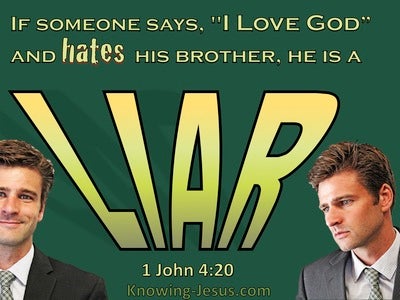 Vanity they speak each with his neighbour, Lip of flattery! With heart and heart they speak.

let it not be! and let God become true, and every man false, according as it hath been written, 'That Thou mayest be declared righteous in Thy words, and mayest overcome in Thy being judged.'

Only -- from his excellency They have consulted to drive away, They enjoy a lie, with their mouth they bless, And with their heart revile. Selah.

A certain one of them, a prophet of their own, said -- 'Cretans! always liars, evil beasts, lazy bellies!'

Psalm 144:8
Verse Concepts
Evil For The Right HandMen DeceivingDeceitful Tongues
What Foreigners Are LikeFalsehoodLying And Deceit

Because their mouth hath spoken vanity, And their right hand is a right hand of falsehood.

Free me, and deliver me From the hand of sons of a stranger, Because their mouth hath spoken vanity, And their right hand is a right hand of falsehood,

They have lied against Jehovah, And they say, 'It is not He, Nor come in against us doth evil, Yea, sword and famine we do not see.

Forged against me falsehood have the proud, I with the whole heart keep Thy precepts.

All Thy commands are faithfulness, With falsehood they have pursued me, Help Thou me.

it may be my father doth feel me, and I have been in his eyes as a deceiver, and have brought upon me disesteem, and not a blessing;'

if any one may say -- 'I love God,' and his brother he may hate, a liar he is; for he who is not loving his brother whom he hath seen, God -- whom he hath not seen -- how is he able to love?

Add not to His words, lest He reason with thee, And thou hast been found false.

he who is saying, 'I have known him,' and his command is not keeping, a liar he is, and in him the truth is not;

And if not now, who doth prove me a liar, And doth make of nothing my word?