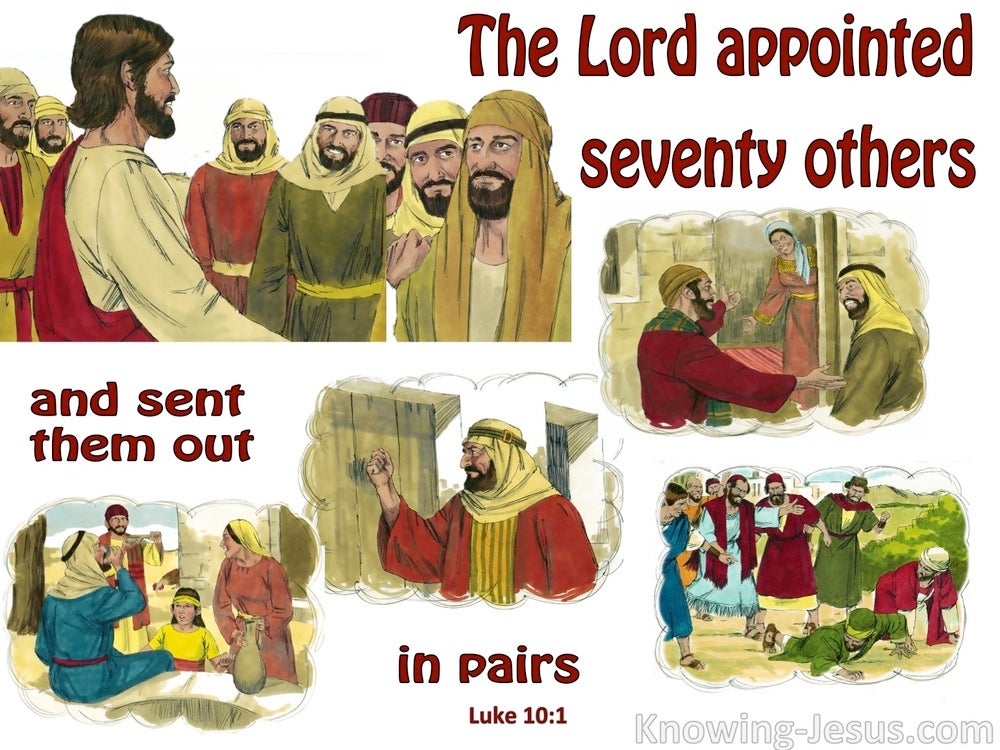 And He *summoned the twelve and began to send them out in pairs, and gave them authority over the unclean spirits;

Now after this the Lord appointed seventy others, and sent them in pairs ahead of Him to every city and place where He Himself was going to come.

When they had approached Jerusalem and had come to Bethphage, at the Mount of Olives, then Jesus sent two disciples,

As they *approached Jerusalem, at Bethphage and Bethany, near the Mount of Olives, He *sent two of His disciples,

When He approached Bethphage and Bethany, near the mount that is called Olivet, He sent two of the disciples,

Now as Jesus was walking by the Sea of Galilee, He saw two brothers, Simon who was called Peter, and Andrew his brother, casting a net into the sea; for they were fishermen.

And hearing this, the ten became indignant with the two brothers.

Since Lydda was near Joppa, the disciples, having heard that Peter was there, sent two men to him, imploring him, “Do not delay in coming to us.”

And behold, two of them were going that very day to a village named Emmaus, which was about seven miles from Jerusalem.

After that, He appeared in a different form to two of them while they were walking along on their way to the country.

Simon Peter, and Thomas called Didymus, and Nathanael of Cana in Galilee, and the sons of Zebedee, and two others of His disciples were together.

Summoning two of his disciples, John sent them to the Lord, saying, “Are You the Expected One, or do we look for someone else?”

John 1:35
Verse Concepts
The Next Day
Disciples Of John The Baptist

Again the next day John was standing with two of his disciples,

The two disciples heard him speak, and they followed Jesus.

So they put forward two men, Joseph called Barsabbas (who was also called Justus), and Matthias.

And behold, two of them were going that very day to a village named Emmaus, which was about seven miles from Jerusalem. And they were talking with each other about all these things which had taken place. While they were talking and discussing, Jesus Himself approached and began traveling with them. read more.
But their eyes were prevented from recognizing Him. And He said to them, "What are these words that you are exchanging with one another as you are walking?" And they stood still, looking sad. One of them, named Cleopas, answered and said to Him, "Are You the only one visiting Jerusalem and unaware of the things which have happened here in these days?" And He said to them, "What things?" And they said to Him, "The things about Jesus the Nazarene, who was a prophet mighty in deed and word in the sight of God and all the people, and how the chief priests and our rulers delivered Him to the sentence of death, and crucified Him. "But we were hoping that it was He who was going to redeem Israel. Indeed, besides all this, it is the third day since these things happened. "But also some women among us amazed us. When they were at the tomb early in the morning, and did not find His body, they came, saying that they had also seen a vision of angels who said that He was alive. "Some of those who were with us went to the tomb and found it just exactly as the women also had said; but Him they did not see." And He said to them, "O foolish men and slow of heart to believe in all that the prophets have spoken! "Was it not necessary for the Christ to suffer these things and to enter into His glory?" Then beginning with Moses and with all the prophets, He explained to them the things concerning Himself in all the Scriptures. And they approached the village where they were going, and He acted as though He were going farther. But they urged Him, saying, "Stay with us, for it is getting toward evening, and the day is now nearly over." So He went in to stay with them. When He had reclined at the table with them, He took the bread and blessed it, and breaking it, He began giving it to them. Then their eyes were opened and they recognized Him; and He vanished from their sight.