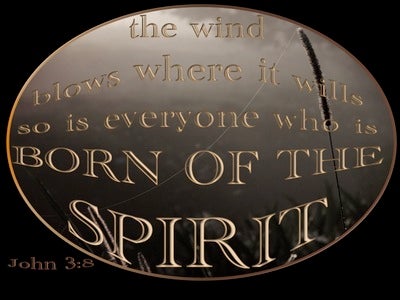 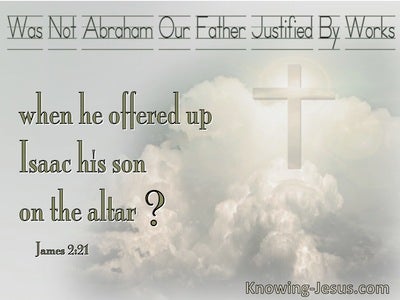 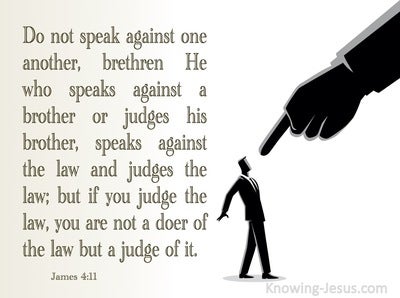 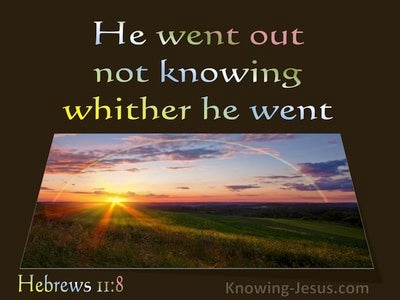 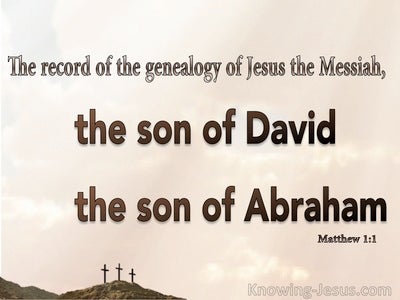 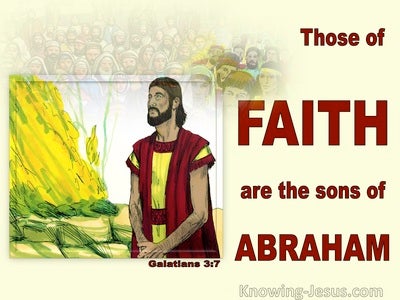 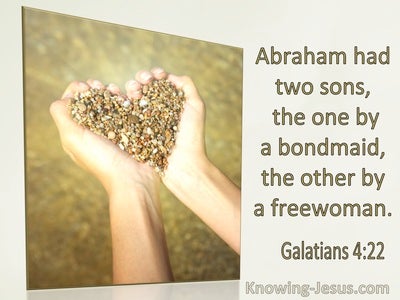 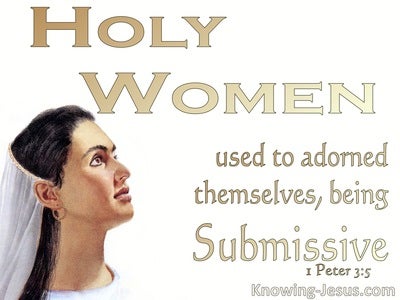 Your forefather Abraham was extremely happy at the hope and prospect of seeing My day (My incarnation); and he did see it and was delighted.

The wind blows (breathes) where it wills; and though you hear its sound, yet you neither know where it comes from nor where it is going. So it is with everyone who is born of the Spirit.

Now when the Lord knew (learned, became aware) that the Pharisees had been told that Jesus was winning and baptizing more disciples than John -- "

Was not our forefather Abraham [shown to be] justified (made acceptable to God) by [his] works when he brought to the altar as an offering his [own] son Isaac?

[My] brethren, do not speak evil about or accuse one another. He that maligns a brother or judges his brother is maligning and criticizing the Law and judging the Law. But if you judge the Law, you are not a practicer of the Law but a censor and judge [of it].

For every kind of beast and bird, of reptile and sea animal, can be tamed and has been tamed by human genius (nature).

That covenant He sealed by oath to our forefather Abraham:

You are the descendants (sons) of the prophets and the heirs of the covenant which God made and gave to your forefathers, saying to Abraham, And in your Seed (Heir) shall all the families of the earth be blessed and benefited.

For the man on whom this sign (miracle) of healing was performed was more than forty years old.

And the patriarchs [Jacob's sons], boiling with envy and hatred and anger, sold Joseph into slavery in Egypt; but God was with him,

And [the man] paid attention to them, expecting that he was going to get something from them.

There was a certain rich man who [habitually] clothed himself in purple and fine linen and reveled and feasted and made merry in splendor every day.

[Urged on] by faith Abraham, when he was called, obeyed and went forth to a place which he was destined to receive as an inheritance; and he went, although he did not know or trouble his mind about where he was to go.

And the Scripture, foreseeing that God would justify (declare righteous, put in right standing with Himself) the Gentiles in consequence of faith, proclaimed the Gospel [foretelling the glad tidings of a Savior long beforehand] to Abraham in the promise, saying, In you shall all the nations [of the earth] be blessed.

[But] if so, what shall we say about Abraham, our forefather humanly speaking -- "[what did he] find out? [How does this affect his position, and what was gained by him?]

I tell you, many will come from east and west, and will sit at table with Abraham, Isaac, and Jacob in the kingdom of heaven,

He received the mark of circumcision as a token or an evidence [and] seal of the righteousness which he had by faith while he was still uncircumcised -- "[faith] so that he was to be made the father of all who [truly] believe, though without circumcision, and who thus have righteousness (right standing with God) imputed to them and credited to their account,

Know and understand that it is [really] the people [who live] by faith who are [the true] sons of Abraham.

For it is written that Abraham had two sons, one by the bondmaid and one by the free woman.

Hebrews 7:9
Verse Concepts
The Tithe For Levites
Tithing For People

A person might even say that Levi [the father of the priestly tribe] himself, who received tithes (the tenth), paid tithes through Abraham,

For it was thus that the pious women of old who hoped in God were [accustomed] to beautify themselves and were submissive to their husbands [adapting themselves to them as themselves secondary and dependent upon them].