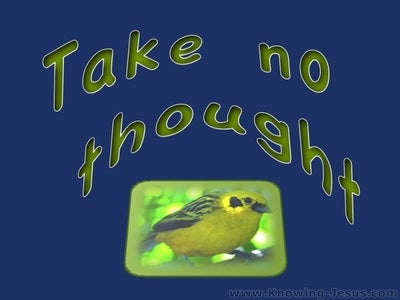 And some fell among the thorns, and the thorns grew up and choked them out.

And what was sown among the thorns illustrates the man who hears the message, and the worries of the times and the pleasures of being rich choke the truth out, and he yields no fruit.

And the portion of them falling among the thorns illustrates those who hear it, but as soon as they pass on they are choked out by the worries and wealth and pleasures of life, and thus yield no mature fruit.

but the worries of the times, the deceiving pleasures of being rich, and evil desires for other things, creep in and choke the truth out, and it yields nothing.

but we should write them to abstain from everything that is contaminated by idols, from sexual immorality, from the meat of strangled animals, and from tasting blood.

that you abstain from everything that is offered to idols, from tasting blood, from the meat of animals that have been strangled, and from sexual immorality. If you keep yourselves free from these things, you will prosper. Good-by."

As for the heathen who have become believers, we have sent them our resolution that they must avoid anything that is contaminated by idols, the tasting of blood, the meat of strangled animals, and sexual immorality."

Some fell among the thorn seed, and the thorns grew up and choked them out and they yielded no grain.

Still another portion fell among the thorns, and the thorns grew up with them and choked them out.