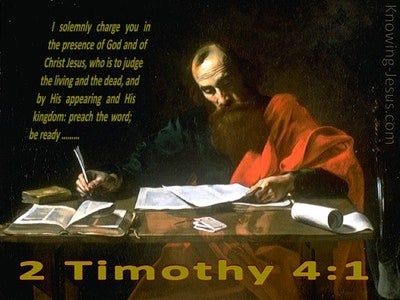 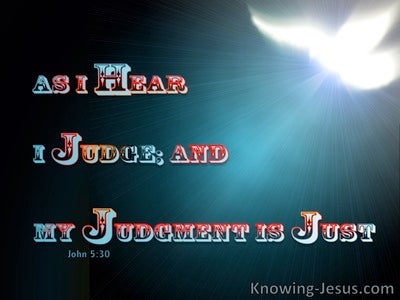 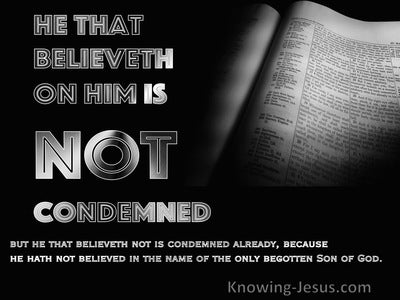 Then he will judge your people fairly, and your oppressed ones equitably.

He executes judgment against the nations; he fills the valleys with corpses; he shatters their heads over the vast battlefield.

He will take delight in obeying the Lord. He will not judge by mere appearances, or make decisions on the basis of hearsay. He will treat the poor fairly, and make right decisions for the downtrodden of the earth. He will strike the earth with the rod of his mouth, and order the wicked to be executed.

He will take delight in obeying the Lord. He will not judge by mere appearances, or make decisions on the basis of hearsay.

Furthermore, the Father does not judge anyone, but has assigned all judgment to the Son,

But if I judge, my evaluation is accurate, because I am not alone when I judge, but I and the Father who sent me do so together.

Jesus said,] "For judgment I have come into this world, so that those who do not see may gain their sight, and the ones who see may become blind."

because he has set a day on which he is going to judge the world in righteousness, by a man whom he designated, having provided proof to everyone by raising him from the dead."

on the day when God will judge the secrets of human hearts, according to my gospel through Christ Jesus.

John 5:27
Verse Concepts
Ministry Of The Son Of ManGod Giving To The SonvulnerabilityAuthority Of Christ
SonsJesus Christ, JudgeJesus As Son Of Man

and he has granted the Son authority to execute judgment, because he is the Son of Man.

I solemnly charge you before God and Christ Jesus, who is going to judge the living and the dead, and by his appearing and his kingdom:

I can do nothing on my own initiative. Just as I hear, I judge, and my judgment is just, because I do not seek my own will, but the will of the one who sent me.

I have many things to say and to judge about you, but the Father who sent me is truthful, and the things I have heard from him I speak to the world."

John 12:47
Verse Concepts
If You Do Not Keep Commands
Not Judging

If anyone hears my words and does not obey them, I do not judge him. For I have not come to judge the world, but to save the world.

Finally the crown of righteousness is reserved for me. The Lord, the righteous Judge, will award it to me in that day -- and not to me only, but also to all who have set their affection on his appearing.

Then I saw heaven opened and here came a white horse! The one riding it was called "Faithful" and "True," and with justice he judges and goes to war.

But Jesus said to him, "Man, who made me a judge or arbitrator between you two?"

You people judge by outward appearances; I do not judge anyone.

Now this is the basis for judging: that the light has come into the world and people loved the darkness rather than the light, because their deeds were evil.

The one who rejects me and does not accept my words has a judge; the word I have spoken will judge him at the last day.

For God did not send his Son into the world to condemn the world, but that the world should be saved through him.

The one who believes in him is not condemned. The one who does not believe has been condemned already, because he has not believed in the name of the one and only Son of God.

"I tell you the solemn truth, the one who hears my message and believes the one who sent me has eternal life and will not be condemned, but has crossed over from death to life.