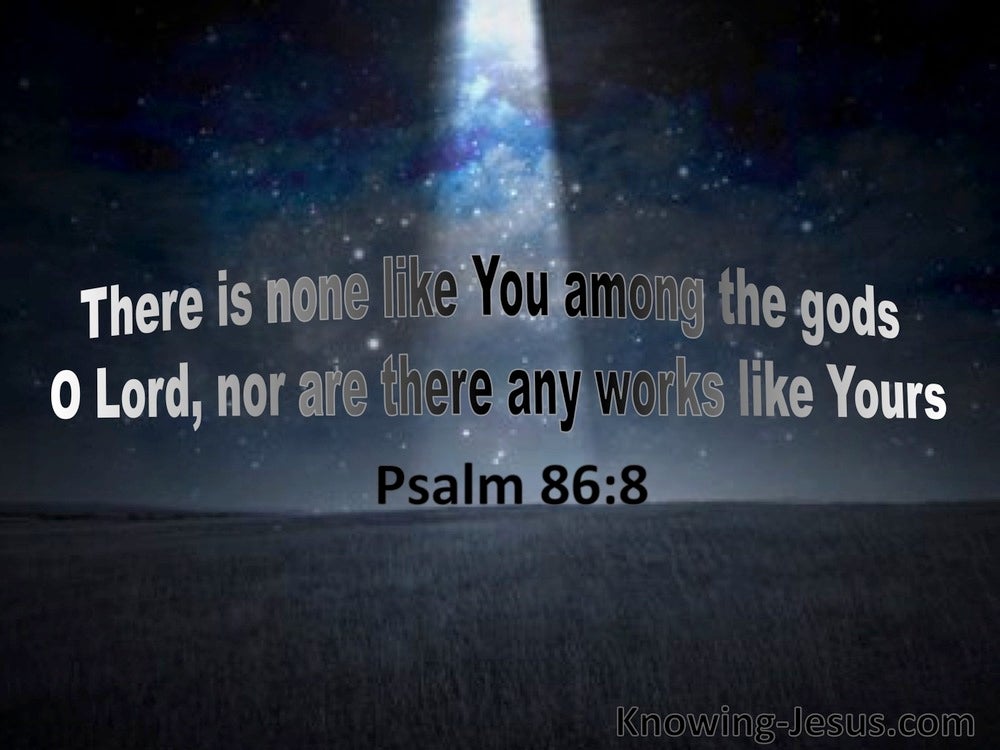 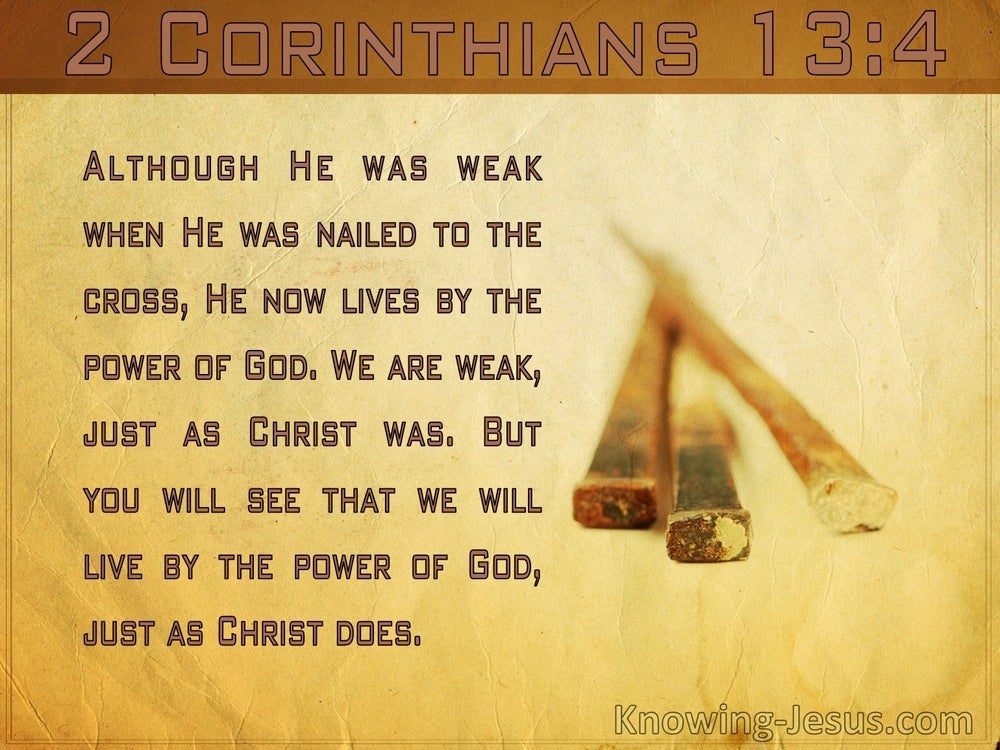 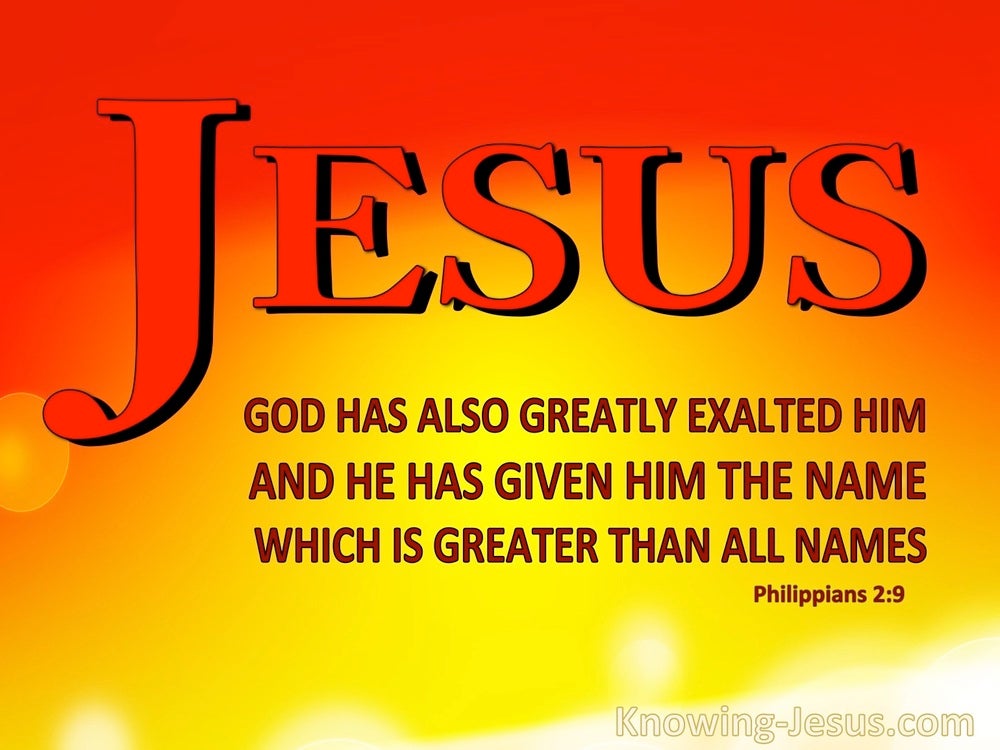 “Hear, O Israel! You are crossing over the Jordan today to go in to dispossess nations greater and mightier than you, great cities fortified to heaven,

The women sang as they played, and said,
“Saul has slain his thousands,
And David his ten thousands.”

But the servants of Achish said to him, “Is this not David the king of the land? Did they not sing of this one as they danced, saying,
‘Saul has slain his thousands,
And David his ten thousands’?”

Is this not David, of whom they sing in the dances, saying,
‘Saul has slain his thousands,
And David his ten thousands’?”

Psalm 86:8
Verse Concepts
Unique Things
No One Is Like God

There is no one like You among the gods, O Lord,
Nor are there any works like Yours.

For who in the skies is comparable to the Lord?
Who among the sons of the mighty is like the Lord,

“To whom would you liken Me
And make Me equal and compare Me,
That we would be alike?

And the Lord said to me, “Faithless Israel has proved herself more righteous than treacherous Judah.

Behold, you are wiser than Daniel;
There is no secret that is a match for you.

For the Law was given through Moses; grace and truth were realized through Jesus Christ.

For I consider that the sufferings of this present time are not worthy to be compared with the glory that is to be revealed to us.

I am not speaking this as a command, but as proving through the earnestness of others the sincerity of your love also.

who also made us adequate as servants of a new covenant, not of the letter but of the Spirit; for the letter kills, but the Spirit gives life. But if the ministry of death, in letters engraved on stones, came with glory, so that the sons of Israel could not look intently at the face of Moses because of the glory of his face, fading as it was, how will the ministry of the Spirit fail to be even more with glory?read more.
For if the ministry of condemnation has glory, much more does the ministry of righteousness abound in glory. For indeed what had glory, in this case has no glory because of the glory that surpasses it. For if that which fades away was with glory, much more that which remains is in glory. Therefore having such a hope, we use great boldness in our speech, and are not like Moses, who used to put a veil over his face so that the sons of Israel would not look intently at the end of what was fading away. But their minds were hardened; for until this very day at the reading of the old covenant the same veil remains unlifted, because it is removed in Christ. But to this day whenever Moses is read, a veil lies over their heart; but whenever a person turns to the Lord, the veil is taken away. Now the Lord is the Spirit, and where the Spirit of the Lord is, there is liberty. But we all, with unveiled face, beholding as in a mirror the glory of the Lord, are being transformed into the same image from glory to glory, just as from the Lord, the Spirit.

Seek the Lord while He may be found;
Call upon Him while He is near.
Let the wicked forsake his way
And the unrighteous man his thoughts;
And let him return to the Lord,
And He will have compassion on him,
And to our God,
For He will abundantly pardon.
“For My thoughts are not your thoughts,
Nor are your ways My ways,” declares the Lord.
read more.
“For as the heavens are higher than the earth,
So are My ways higher than your ways
And My thoughts than your thoughts.

Have this attitude in yourselves which was also in Christ Jesus, who, although He existed in the form of God, did not regard equality with God a thing to be grasped, but emptied Himself, taking the form of a bond-servant, and being made in the likeness of men.read more.
Being found in appearance as a man, He humbled Himself by becoming obedient to the point of death, even death on a cross. For this reason also, God highly exalted Him, and bestowed on Him the name which is above every name, so that at the name of Jesus every knee will bow, of those who are in heaven and on earth and under the earth, and that every tongue will confess that Jesus Christ is Lord, to the glory of God the Father.