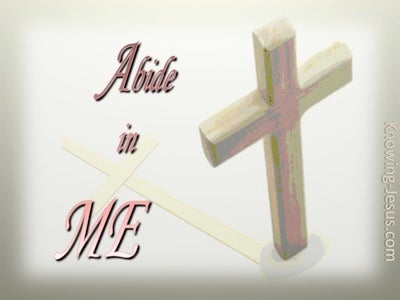 And a man who had been lame from his mother’s womb was being carried along, whom they used to set down every day at the gate of the temple which is called Beautiful, in order to beg alms of those who were entering the temple.

At Lystra a man was sitting who had no strength in his feet, lame from his mother’s womb, who had never walked.

Now Jonathan, Saul’s son, had a son crippled in his feet. He was five years old when the report of Saul and Jonathan came from Jezreel, and his nurse took him up and fled. And it happened that in her hurry to flee, he fell and became lame. And his name was Mephibosheth.

The king said, “Is there not yet anyone of the house of Saul to whom I may show the kindness of God?” And Ziba said to the king, “There is still a son of Jonathan who is crippled in both feet.”

By faith Jacob, as he was dying, blessed each of the sons of Joseph, and worshiped, leaning on the top of his staff.

And He answered and said to them, “Go and report to John what you have seen and heard: the blind receive sight, the lame walk, the lepers are cleansed, and the deaf hear, the dead are raised up, the poor have the gospel preached to them.

Jesus answered and said to them, “Go and report to John what you hear and see: the blind receive sight and the lame walk, the lepers are cleansed and the deaf hear, the dead are raised up, and the poor have the gospel preached to them.

After these things there was a feast of the Jews, and Jesus went up to Jerusalem. Now there is in Jerusalem by the sheep gate a pool, which is called in Hebrew Bethesda, having five porticoes. In these lay a multitude of those who were sick, blind, lame, and withered, [waiting for the moving of the waters;read more.
for an angel of the Lord went down at certain seasons into the pool and stirred up the water; whoever then first, after the stirring up of the water, stepped in was made well from whatever disease with which he was afflicted.] A man was there who had been ill for thirty-eight years. When Jesus saw him lying there, and knew that he had already been a long time in that condition, He *said to him, “Do you wish to get well?” The sick man answered Him, “Sir, I have no man to put me into the pool when the water is stirred up, but while I am coming, another steps down before me.” Jesus *said to him, “Get up, pick up your pallet and walk.” Immediately the man became well, and picked up his pallet and began to walk.Now it was the Sabbath on that day.

And seizing him by the right hand, he raised him up; and immediately his feet and his ankles were strengthened.

if we are on trial today for a benefit done to a sick man, as to how this man has been made well, let it be known to all of you and to all the people of Israel, that by the name of Jesus Christ the Nazarene, whom you crucified, whom God raised from the dead—by this name this man stands here before you in good health.

For in the case of many who had unclean spirits, they were coming out of them shouting with a loud voice; and many who had been paralyzed and lame were healed.

This man was listening to Paul as he spoke, who, when he had fixed his gaze on him and had seen that he had faith to be made well, said with a loud voice, “Stand upright on your feet.” And he leaped up and began to walk.

For no one who has a defect shall approach: a blind man, or a lame man, or he who has a disfigured face, or any deformed limb, or a man who has a broken foot or broken hand,

‘Now if his offering is a sacrifice of peace offerings, if he is going to offer out of the herd, whether male or female, he shall offer it without defect before the Lord.

“Speak to Aaron and to his sons and to all the sons of Israel and say to them, ‘Any man of the house of Israel or of the aliens in Israel who presents his offering, whether it is any of their votive or any of their freewill offerings, which they present to the Lord for a burnt offering— for you to be accepted—it must be a male without defect from the cattle, the sheep, or the goats. Whatever has a defect, you shall not offer, for it will not be accepted for you.read more.
When a man offers a sacrifice of peace offerings to the Lord to fulfill a special vow or for a freewill offering, of the herd or of the flock, it must be perfect to be accepted; there shall be no defect in it. Those that are blind or fractured or maimed or having a running sore or eczema or scabs, you shall not offer to the Lord, nor make of them an offering by fire on the altar to the Lord. In respect to an ox or a lamb which has an overgrown or stunted member, you may present it for a freewill offering, but for a vow it will not be accepted. Also anything with its testicles bruised or crushed or torn or cut, you shall not offer to the Lord, or sacrifice in your land, nor shall you accept any such from the hand of a foreigner for offering as the food of your God; for their corruption is in them, they have a defect, they shall not be accepted for you.’”

You shall say to them, ‘This is the offering by fire which you shall offer to the Lord: two male lambs one year old without defect as a continual burnt offering every day.

But if it has any defect, such as lameness or blindness, or any serious defect, you shall not sacrifice it to the Lord your God.

Immediately the flow of her blood was dried up; and she felt in her body that she was healed of her affliction. Immediately Jesus, perceiving in Himself that the power proceeding from Him had gone forth, turned around in the crowd and said, “Who touched My garments?”

If your hand causes you to stumble, cut it off; it is better for you to enter life crippled, than, having your two hands, to go into hell, into the unquenchable fire,

“In that day,” declares the Lord,
“I will assemble the lame
And gather the outcasts,
Even those whom I have afflicted.
“I will make the lame a remnant
And the outcasts a strong nation,
And the Lord will reign over them in Mount Zion
From now on and forever.

“Behold, I am bringing them from the north country,
And I will gather them from the remote parts of the earth,
Among them the blind and the lame,
The woman with child and she who is in labor with child, together;
A great company, they will return here.

and make straight paths for your feet, so that the limb which is lame may not be put out of joint, but rather be healed.