48 Bible Verses about Fathers And Daughters 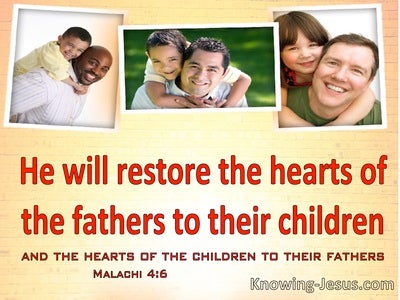 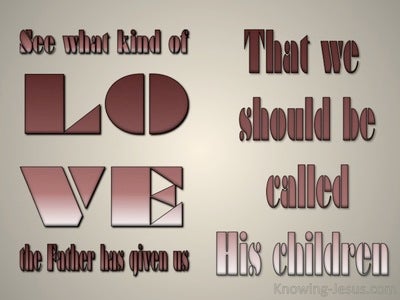 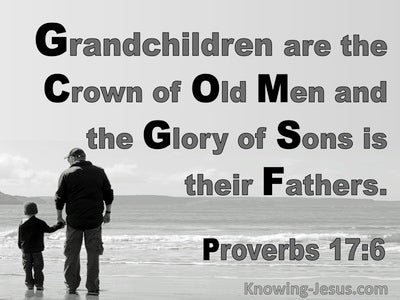 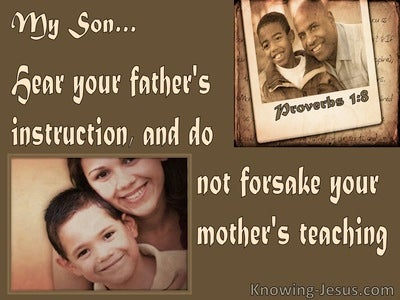 And will become your Father, and, ye, shall become my sons and daughters, saith the Lord Almighty.

Hearken, O daughter, and observe, Incline also thine ear, Forget, then, thine own people, And the house of thy father;

Sons and daughters, shalt thou beget, and they shall not be thine, for they shall go into captivity.

And, brother, will deliver up, brother, unto death, and, father, child, - and, children, will rise up, against parents, and will put them to death.

Thus did, the two daughters of Lot conceive from their father.

and the days of Adam, after he begat Seth, were eight hundred years, and he begat sons and daughters.

These are the statutes which Yahweh commanded Moses, between a man and his wife, between a father and his daughter, in her youth in the house of her father.

Now, the priest of Midian, had seven daughters, - and they came and drew and filled the troughs, to water their fathers flock.

Lo! every one who useth proverbs, against thee, shall use a proverb saying, - Like the mother, so her daughter!

A right thing, are the daughters of Zelophehad speaking: Thou shalt, surely give, them a possession for an inheritance, in the midst of the brethren of their father, - and shalt cause the inheritance of their father to pass over unto them.

Greatly shall exult, the father of a righteous man, and, he that begetteth a wise son, shall rejoice in him:

Behold, I pray you, I, have two daughters who have not known man, I must needs now bring, them, forth unto you, and do ye to them, as may be good in your eyes, - Only to these men, ye may do nothing; for on this account, have they come under the shade of my roof.

Now Sheshan had, no sons, but, daughters, - and, Sheshan, had a servant, an Egyptian, whose name was Jarha;

For, the son, treateth as foolish, the father, and, the daughter, riseth up against, her mother, the daughter-in-law against her mother-in-law, - The foes of a man, are the men of his own house.

And, when, a woman, shall vow a vow unto Yahweh, and bind a bond, in the house of her father, in her youth;

But, when a priest's daughter, cometh to be a widow or divorced and hath no seed, and so she returneth unto the house of her father, as in her youth, of the food of her father, she may eat, - but no stranger, shall eat thereof.

And, if he hath no daughter, then shall ye give his inheritance unto his, brethren.

Behold, what manner of love, the Father hath bestowed upon us - that, children of God, we should be called, - and such we are! Therefore, the world understandeth us not, because it understood not him.

And the firstborn bare a son, and called his name Moab, - the same, is the father of Moab, unto this day.

Therefore, fathers will eat sons in thy midst, And sons will eat fathers, - And I will execute upon thee judgments, And will scatter the whole remnant of thee, to every wind.

So Jacob loved Rachel, - and he said, I will serve thee seven years, for Rachel thy younger daughter.

and the father of the damsel shall say unto the elders, - My daughter, gave I unto this man to wife and he hated her;

Then came they in unto Reuel their father, - and he said, Wherefore have ye so early come in to-day?

and Jared lived after he begat Enoch, eight hundred years, - and begat sons and daughters;

And Ham the father of Canaan saw his father's shame, - and told his two brethren outside.

And the younger she also bare a son, and called his name Ben-ammi, - the same, is the father of the sons of Ammon - unto this day.

Hear, ye sons, the correction of a father, and attend, that ye may know understanding.

The shame of thy daughter-in-law, shalt thou not uncover, - thy son's wife, she is, thou shalt not uncover her shame.

The shame of the daughter of thy father's wife, born to thy father, she being, thy sister, thou shalt not uncover her shame.

then shall they bring forth the damsel into the entrance of her father's house, and the men of her city shall stone her with stones that she die, because she hath wrought wickedness in Israel, by committing unchastity in her father's house, - so shalt thou consume the wicked thing out of thy midst.

Rise, go thy way to Padan-aram to the house of Bethuel, thy mothers father, - and take thee from thence a wife, of the daughters of Laban, thy mothers brother.

And Abram and Nahor took to themselves wives; the name of Abrams wife, was Sarai; and, the name of Nahor's wife, Milcah, daughter of Haran father of Milcah, and father of Iscah.

Son of man, Two women, daughters of one mother, there were;

Hear, my son, the correction of thy father, and do not reject the instruction of thy mother;

Genesis 24:23
Verse Concepts
Staying Temporarily
Who Is This?

and said Whose daughter art, thou? I pray thee, tell me. Is there in the house of thy father a place for us to tarry the night?