29 Bible Verses about Hospitality, A Duty Of God's People 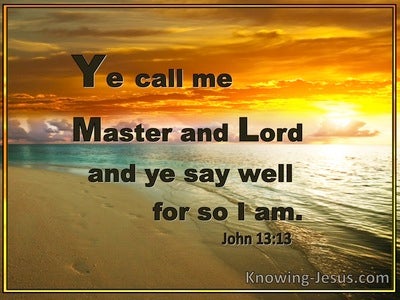 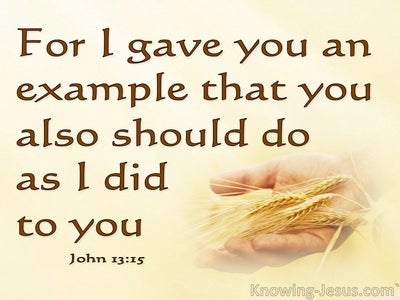 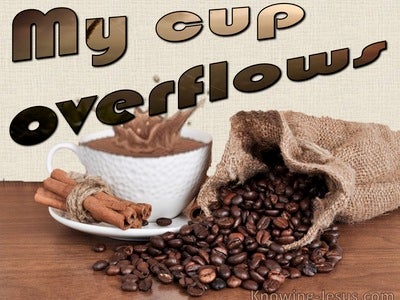 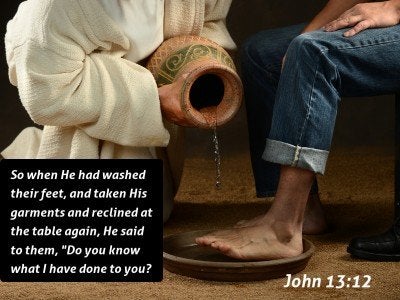 “Is this not the fast which I choose,
To loosen the bonds of wickedness,
To undo the bands of the yoke,
And to let the oppressed go free
And break every yoke?
“Is it not to divide your bread with the hungry
And bring the homeless poor into the house;
When you see the naked, to cover him;
And not to hide yourself from your own flesh?

So when He had washed their feet, and taken His garments and reclined at the table again, He said to them, “Do you know what I have done to you? You call Me Teacher and Lord; and you are right, for so I am. If I then, the Lord and the Teacher, washed your feet, you also ought to wash one another’s feet.read more.
For I gave you an example that you also should do as I did to you.

contributing to the needs of the saints, practicing hospitality.

Be hospitable to one another without complaint.

An overseer, then, must be above reproach, the husband of one wife, temperate, prudent, respectable, hospitable, able to teach,

A widow is to be put on the list only if she is not less than sixty years old, having been the wife of one man, having a reputation for good works; and if she has brought up children, if she has shown hospitality to strangers, if she has washed the saints’ feet, if she has assisted those in distress, and if she has devoted herself to every good work.

but hospitable, loving what is good, sensible, just, devout, self-controlled,

“The alien has not lodged outside,
For I have opened my doors to the traveler.

“You shall not wrong a stranger or oppress him, for you were strangers in the land of Egypt.

“You shall not oppress a stranger, since you yourselves know the feelings of a stranger, for you also were strangers in the land of Egypt.

For if a man comes into your assembly with a gold ring and dressed in fine clothes, and there also comes in a poor man in dirty clothes, and you pay special attention to the one who is wearing the fine clothes, and say, “You sit here in a good place,” and you say to the poor man, “You stand over there, or sit down by my footstool,” have you not made distinctions among yourselves, and become judges with evil motives?

I commend to you our sister Phoebe, who is a servant of the church which is at Cenchrea; that you receive her in the Lord in a manner worthy of the saints, and that you help her in whatever matter she may have need of you; for she herself has also been a helper of many, and of myself as well.

Aristarchus, my fellow prisoner, sends you his greetings; and also Barnabas’s cousin Mark (about whom you received instructions; if he comes to you, welcome him);

You prepare a table before me in the presence of my enemies;
You have anointed my head with oil;
My cup overflows.
Surely goodness and lovingkindness will follow me all the days of my life,
And I will dwell in the house of the Lord forever.

The Lord of hosts will prepare a lavish banquet for all peoples on this mountain;
A banquet of aged wine, choice pieces with marrow,
And refined, aged wine.

When one of those who were reclining at the table with Him heard this, he said to Him, “Blessed is everyone who will eat bread in the kingdom of God!” But He said to him, “A man was giving a big dinner, and he invited many; and at the dinner hour he sent his slave to say to those who had been invited, ‘Come; for everything is ready now.’read more.
But they all alike began to make excuses. The first one said to him, ‘I have bought a piece of land and I need to go out and look at it; please consider me excused.’ Another one said, ‘I have bought five yoke of oxen, and I am going to try them out; please consider me excused.’ Another one said, ‘I have married a wife, and for that reason I cannot come.’ And the slave came back and reported this to his master. Then the head of the household became angry and said to his slave, ‘Go out at once into the streets and lanes of the city and bring in here the poor and crippled and blind and lame.’ And the slave said, ‘Master, what you commanded has been done, and still there is room.’ And the master said to the slave, ‘Go out into the highways and along the hedges, and compel them to come in, so that my house may be filled. For I tell you, none of those men who were invited shall taste of my dinner.’”

He entered Jericho and was passing through. And there was a man called by the name of Zaccheus; he was a chief tax collector and he was rich. Zaccheus was trying to see who Jesus was, and was unable because of the crowd, for he was small in stature.read more.
So he ran on ahead and climbed up into a sycamore tree in order to see Him, for He was about to pass through that way. When Jesus came to the place, He looked up and said to him, “Zaccheus, hurry and come down, for today I must stay at your house.” And he hurried and came down and received Him gladly. When they saw it, they all began to grumble, saying, “He has gone to be the guest of a man who is a sinner.” Zaccheus stopped and said to the Lord, “Behold, Lord, half of my possessions I will give to the poor, and if I have defrauded anyone of anything, I will give back four times as much.” And Jesus said to him, “Today salvation has come to this house, because he, too, is a son of Abraham. For the Son of Man has come to seek and to save that which was lost.”

No Ammonite or Moabite shall enter the assembly of the Lord; none of their descendants, even to the tenth generation, shall ever enter the assembly of the Lord, because they did not meet you with food and water on the way when you came out of Egypt, and because they hired against you Balaam the son of Beor from Pethor of Mesopotamia, to curse you.

Whoever does not receive you, nor heed your words, as you go out of that house or that city, shake the dust off your feet.

Any place that does not receive you or listen to you, as you go out from there, shake the dust off the soles of your feet for a testimony against them.”

And as for those who do not receive you, as you go out from that city, shake the dust off your feet as a testimony against them.”