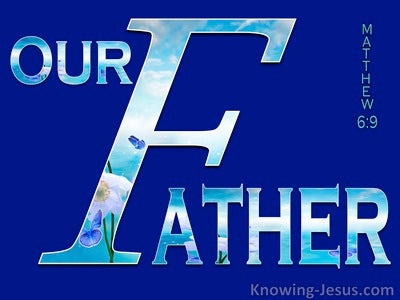 nor did they show favor to the house of Jerub-Baal ([that is], Gideon) in accordance with all the good that he did for Israel.

Now David had said, "Surely {in vain} I guarded all that this fellow had in the desert. And nothing was missed of all that [was] his, but he returned evil against me in place of good!

Then he went up from there [to] Bethel; as he [was] going up along the way, young boys came out from the city and mocked at him and said to him, "Go up, baldhead; go up, baldhead!" When he turned around and saw them, he cursed them in the name of Yahweh. Then two bears came out of the forest and mauled forty-two boys among them.

And you shall not follow the statutes of the nation that I am driving out {from before you}, because they did all these things, and I detested them.

And the five men went and came to Laish, and they observed the people who [were] living according to the customs of [the] Sidonians, quiet and unsuspecting, and lacking nothing in the land, and possessing restraint. And they [were] far from [the] Sidonians and had no word with anyone.

Therefore you pray in this way: "Our Father who is in heaven, may your name be treated as holy.

And when they came to him, he said to them, "You know from the first day on which I set foot in Asia how I was the whole time with you--

A ring of gold in [the] snout of a pig [is] a woman [who is] beautiful but without discretion.

If any of the unbelievers invites you, and you want to go, eat everything that is set before you, {asking no questions} for the sake of the conscience. But if someone says to you, "This is offered to idols," do not eat [it], for the sake of that one who informed [you] and the conscience. Now I am not speaking about your own conscience, but the [conscience] of the other [person]. For why [is] my freedom judged by another's conscience?read more.
If I partake with thankfulness, why am I slandered concerning that for which I give thanks?

Live with wisdom toward those outside, making the most of the time. Let your speech always [be] with grace, seasoned with salt, so that [you] may know how it is necessary for you to answer each one.

For you yourselves know how it is necessary to imitate us, that we did not behave irresponsibly among you, nor did we eat bread from anyone without paying, but with toil and labor, [we were] working night and day in order not to be a burden to any of you, not that we do not have the right, but so that we may give ourselves [as] an example to you, so that [you] may imitate us.read more.
For even when we were with you, we used to command this to you: that if anyone does not want to work, neither should he eat.

When you sit to eat with a ruler, you shall surely observe what [is] before you, and you shall put a knife to your throat if you have a {big appetite}.

If any of the unbelievers invites you, and you want to go, eat everything that is set before you, {asking no questions} for the sake of the conscience.

Manners » In presence of » Superiors

Young men saw me and stepped aside, and [the] aged rose up [and] stood.

And she said to her father, "Let there not be anger in the eyes of my lord, for I am not able to rise before you, for the way of women [is] with me. And he searched carefully and did not find the idols.

And he lifted up his eyes and saw, and behold, three men were standing near him. And he saw [them] and ran from the doorway of the tent to meet them. And he bowed down to the ground.

And the two angels came to Sodom in the evening. And Lot was sitting in the gateway of Sodom. Then Lot saw [them] and stood up to meet them. And he bowed down [with his] face to the ground.

Manners » In presence of » The aged

Then he took curds and milk, and the calf which he prepared, and set [it] before them. And he was standing by them under the tree while they ate.

And finally, all [of you be] harmonious, sympathetic, showing mutual affection, compassionate, humble,