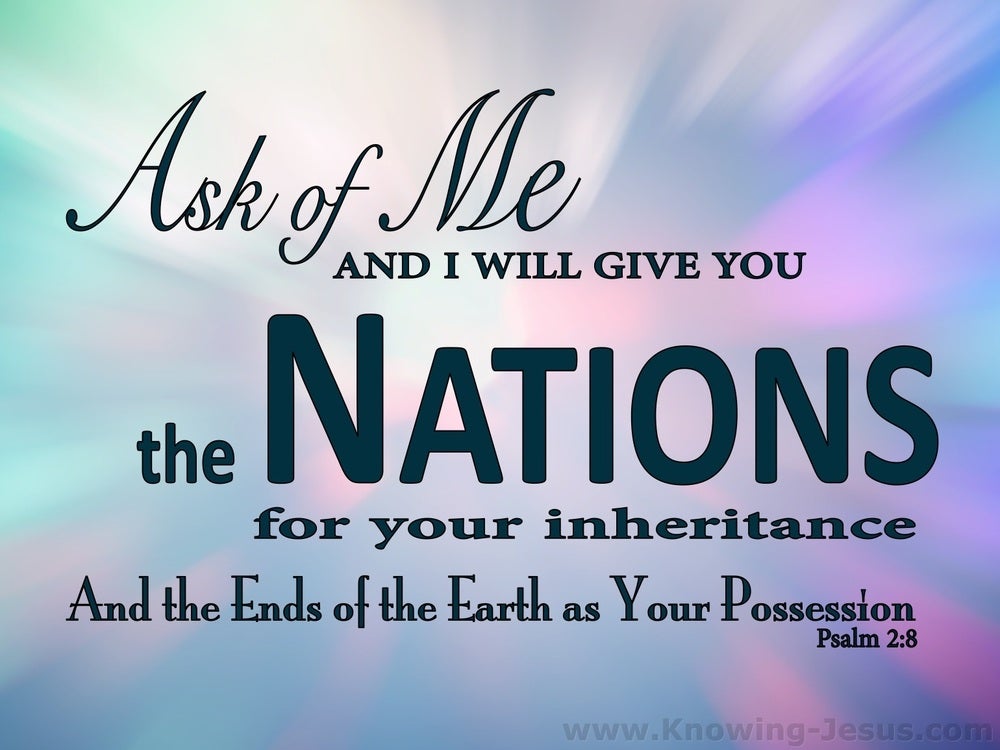 You, O king, are the king of kings, to whom the God of heaven has given the kingdom, the power, the strength and the glory; and wherever the sons of men dwell, or the beasts of the field, or the birds of the sky, He has given them into your hand and has caused you to rule over them all. You are the head of gold. After you there will arise another kingdom inferior to you, then another third kingdom of bronze, which will rule over all the earth.read more.
Then there will be a fourth kingdom as strong as iron; inasmuch as iron crushes and shatters all things, so, like iron that breaks in pieces, it will crush and break all these in pieces. In that you saw the feet and toes, partly of potter’s clay and partly of iron, it will be a divided kingdom; but it will have in it the toughness of iron, inasmuch as you saw the iron mixed with common clay. As the toes of the feet were partly of iron and partly of pottery, so some of the kingdom will be strong and part of it will be brittle. And in that you saw the iron mixed with common clay, they will combine with one another in the seed of men; but they will not adhere to one another, even as iron does not combine with pottery. In the days of those kings the God of heaven will set up a kingdom which will never be destroyed, and that kingdom will not be left for another people; it will crush and put an end to all these kingdoms, but it will itself endure forever.

Gird Your sword on Your thigh, O Mighty One,
In Your splendor and Your majesty!
And in Your majesty ride on victoriously,
For the cause of truth and meekness and righteousness;
Let Your right hand teach You awesome things.
Your arrows are sharp;
The peoples fall under You;
Your arrows are in the heart of the King’s enemies.
read more.
Your throne, O God, is forever and ever;
A scepter of uprightness is the scepter of Your kingdom.

You shall multiply the nation,
You shall increase their gladness;
They will be glad in Your presence
As with the gladness of harvest,
As men rejoice when they divide the spoil.
For You shall break the yoke of their burden and the staff on their shoulders,
The rod of their oppressor, as at the battle of Midian.
For every boot of the booted warrior in the battle tumult,
And cloak rolled in blood, will be for burning, fuel for the fire.

The Lord will go forth like a warrior,
He will arouse His zeal like a man of war.
He will utter a shout, yes, He will raise a war cry.
He will prevail against His enemies.

He put on righteousness like a breastplate,
And a helmet of salvation on His head;
And He put on garments of vengeance for clothing
And wrapped Himself with zeal as a mantle.
According to their deeds, so He will repay,
Wrath to His adversaries, recompense to His enemies;
To the coastlands He will make recompense.
So they will fear the name of the Lord from the west
And His glory from the rising of the sun,
For He will come like a rushing stream
Which the wind of the Lord drives.

“I kept looking in the night visions,
And behold, with the clouds of heaven
One like a Son of Man was coming,
And He came up to the Ancient of Days
And was presented before Him.
“And to Him was given dominion,
Glory and a kingdom,
That all the peoples, nations and men of every language
Might serve Him.
His dominion is an everlasting dominion
Which will not pass away;
And His kingdom is one
Which will not be destroyed.

‘Ask of Me, and I will surely give the nations as Your inheritance,
And the very ends of the earth as Your possession.
‘You shall break them with a rod of iron,
You shall shatter them like earthenware.’”

May he also rule from sea to sea
And from the River to the ends of the earth.
Let the nomads of the desert bow before him,
And his enemies lick the dust.
Let the kings of Tarshish and of the islands bring presents;
The kings of Sheba and Seba offer gifts.
read more.
And let all kings bow down before him,
All nations serve him.

The wolf and the lamb will graze together, and the lion will eat straw like the ox; and dust will be the serpent’s food. They will do no evil or harm in all My holy mountain,” says the Lord.

“Behold, days are coming,” declares the Lord,
“When the plowman will overtake the reaper
And the treader of grapes him who sows seed;
When the mountains will drip sweet wine
And all the hills will be dissolved.
“Also I will restore the captivity of My people Israel,
And they will rebuild the ruined cities and live in them;
They will also plant vineyards and drink their wine,
And make gardens and eat their fruit.
“I will also plant them on their land,
And they will not again be rooted out from their land
Which I have given them,”
Says the Lord your God.

Psalm 72:3
Verse Concepts
Blessings From The MountainsHills
Peace, Promised To

Let the mountains bring peace to the people,
And the hills, in righteousness.

In that day the Branch of the Lord will be beautiful and glorious, and the fruit of the earth will be the pride and the adornment of the survivors of Israel.

And in that day
The mountains will drip with sweet wine,
And the hills will flow with milk,
And all the brooks of Judah will flow with water;
And a spring will go out from the house of the Lord
To water the valley of Shittim.

Jeremiah 3:18
Verse Concepts
reunitingFellowship, In The Gospel
NorthReturn From The North

In those days the house of Judah will walk with the house of Israel, and they will come together from the land of the north to the land that I gave your fathers as an inheritance.

“In that day,” declares the Lord,
“I will assemble the lame
And gather the outcasts,
Even those whom I have afflicted.
“I will make the lame a remnant
And the outcasts a strong nation,
And the Lord will reign over them in Mount Zion
From now on and forever.
“As for you, tower of the flock,
Hill of the daughter of Zion,
To you it will come—
Even the former dominion will come,
The kingdom of the daughter of Jerusalem.

“Arise, shine; for your light has come,
And the glory of the Lord has risen upon you.
“For behold, darkness will cover the earth
And deep darkness the peoples;
But the Lord will rise upon you
And His glory will appear upon you.
“Nations will come to your light,
And kings to the brightness of your rising.

The Lord roars from Zion
And utters His voice from Jerusalem,
And the heavens and the earth tremble.
But the Lord is a refuge for His people
And a stronghold to the sons of Israel.
Then you will know that I am the Lord your God,
Dwelling in Zion, My holy mountain.
So Jerusalem will be holy,
And strangers will pass through it no more.

So when they had come together, they were asking Him, saying, “Lord, is it at this time You are restoring the kingdom to Israel?”