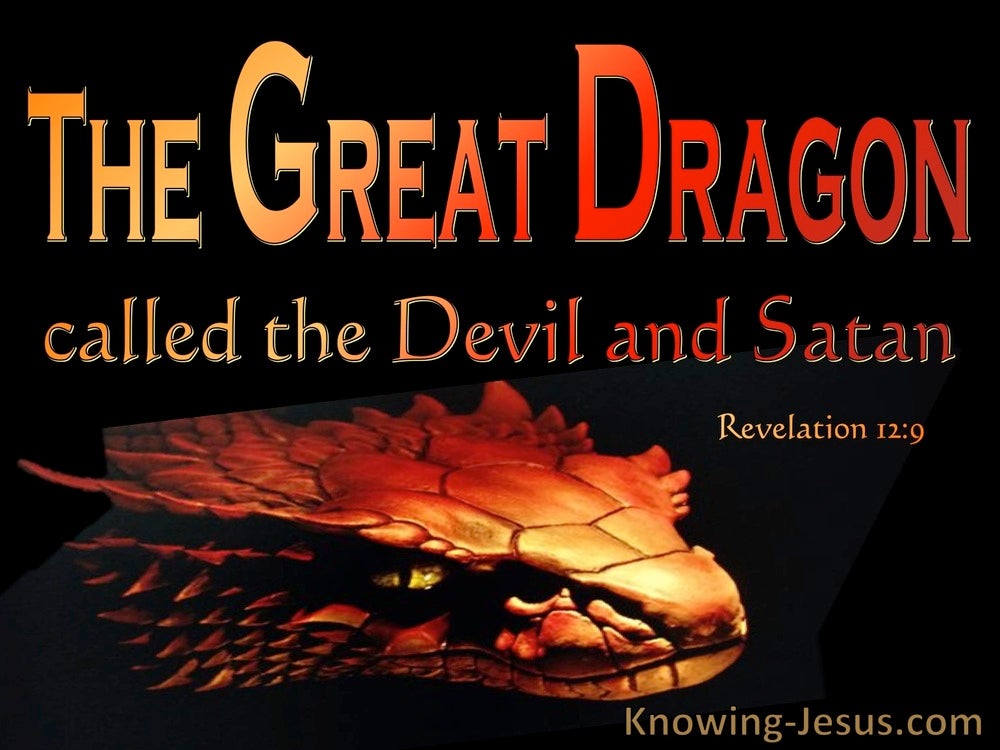 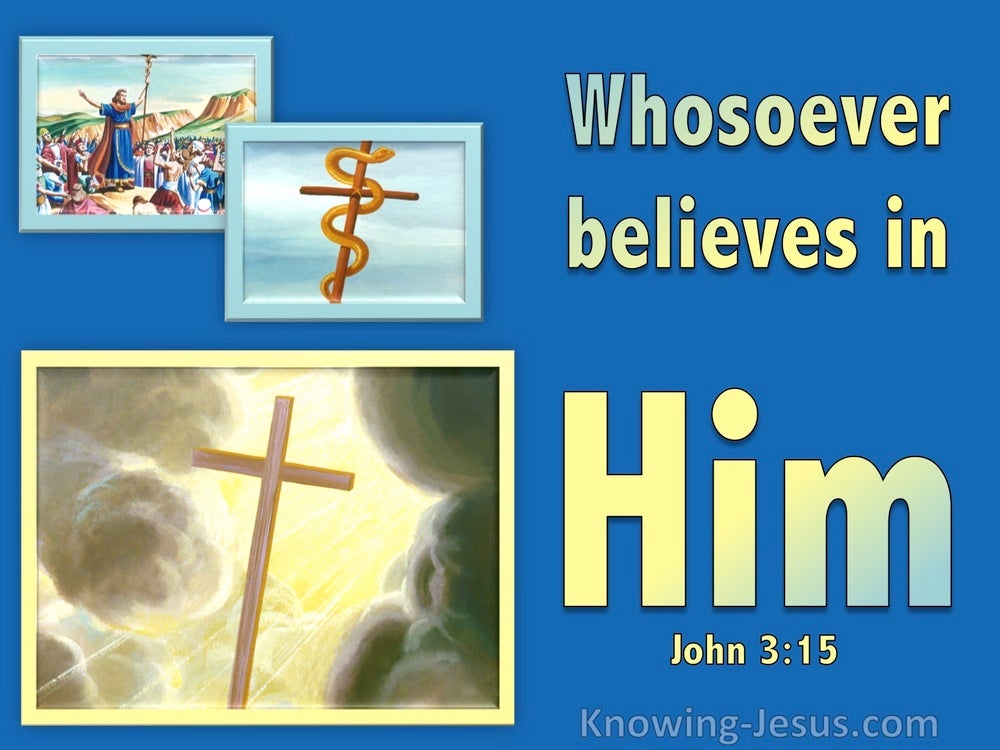 The Lord God said to the serpent,
“Because you have done this,
Cursed are you more than all cattle,
And more than every beast of the field;
On your belly you will go,
And dust you will eat
All the days of your life;

The wolf and the lamb will graze together, and the lion will eat straw like the ox; and dust will be the serpent’s food. They will do no evil or harm in all My holy mountain,” says the Lord.

They will lick the dust like a serpent,
Like reptiles of the earth.
They will come trembling out of their fortresses;
To the Lord our God they will come in dread
And they will be afraid before You.

“Dan shall be a serpent in the way,
A horned snake in the path,
That bites the horse’s heels,
So that his rider falls backward.

And I will put enmity
Between you and the woman,
And between your seed and her seed;
He shall bruise you on the head,
And you shall bruise him on the heel.”

“When Pharaoh speaks to you, saying, ‘Work a miracle,’ then you shall say to Aaron, ‘Take your staff and throw it down before Pharaoh, that it may become a serpent.’” So Moses and Aaron came to Pharaoh, and thus they did just as the Lord had commanded; and Aaron threw his staff down before Pharaoh and his servants, and it became a serpent. Then Pharaoh also called for the wise men and the sorcerers, and they also, the magicians of Egypt, did the same with their secret arts.read more.
For each one threw down his staff and they turned into serpents. But Aaron’s staff swallowed up their staffs. Yet Pharaoh’s heart was hardened, and he did not listen to them, as the Lord had said.

The oracle concerning the beasts of the Negev.
Through a land of distress and anguish,
From where come lioness and lion, viper and flying serpent,
They carry their riches on the backs of young donkeys
And their treasures on camels’ humps,
To a people who cannot profit them;

But when Paul had gathered a bundle of sticks and laid them on the fire, a viper came out because of the heat and fastened itself on his hand. When the natives saw the creature hanging from his hand, they began saying to one another, “Undoubtedly this man is a murderer, and though he has been saved from the sea, justice has not allowed him to live.” However he shook the creature off into the fire and suffered no harm.read more.
But they were expecting that he was about to swell up or suddenly fall down dead. But after they had waited a long time and had seen nothing unusual happen to him, they changed their minds and began to say that he was a god.

“Do not rejoice, O Philistia, all of you,
Because the rod that struck you is broken;
For from the serpent’s root a viper will come out,
And its fruit will be a flying serpent.

He led you through the great and terrible wilderness, with its fiery serpents and scorpions and thirsty ground where there was no water; He brought water for you out of the rock of flint.

“Their wine is the venom of serpents,
And the deadly poison of cobras.

Yet his food in his stomach is changed
To the venom of cobras within him.

For the power of the horses is in their mouths and in their tails; for their tails are like serpents and have heads, and with them they do harm.

Then they set out from Mount Hor by the way of the Red Sea, to go around the land of Edom; and the people became impatient because of the journey. The people spoke against God and Moses, “Why have you brought us up out of Egypt to die in the wilderness? For there is no food and no water, and we loathe this miserable food.” The Lord sent fiery serpents among the people and they bit the people, so that many people of Israel died.

As when a man flees from a lion
And a bear meets him,
Or goes home, leans his hand against the wall
And a snake bites him.

“Though they hide on the summit of Carmel,
I will search them out and take them from there;
And though they conceal themselves from My sight on the floor of the sea,
From there I will command the serpent and it will bite them.

You will tread upon the lion and cobra,
The young lion and the serpent you will trample down.

they will pick up serpents, and if they drink any deadly poison, it will not hurt them; they will lay hands on the sick, and they will recover.”

The nursing child will play by the hole of the cobra,
And the weaned child will put his hand on the viper’s den.

In that day the Lord will punish Leviathan the fleeing serpent,
With His fierce and great and mighty sword,
Even Leviathan the twisted serpent;
And He will kill the dragon who lives in the sea.

“Its sound moves along like a serpent;
For they move on like an army
And come to her as woodcutters with axes.

“Nebuchadnezzar king of Babylon has devoured me and crushed me,
He has set me down like an empty vessel;
He has swallowed me like a monster,
He has filled his stomach with my delicacies;
He has washed me away.

Or what man is there among you who, when his son asks for a loaf, will give him a stone? Or if he asks for a fish, he will not give him a snake, will he?

Now suppose one of you fathers is asked by his son for a fish; he will not give him a snake instead of a fish, will he?

They have venom like the venom of a serpent;
Like a deaf cobra that stops up its ear,
So that it does not hear the voice of charmers,
Or a skillful caster of spells.

They sharpen their tongues as a serpent;
Poison of a viper is under their lips. Selah.

Matthew 12:34
Verse Concepts
Beware Of Your SpeechmathThings Like Snakes
Nothing GoodBad PeopleParents Sin

You brood of vipers, how can you, being evil, speak what is good? For the mouth speaks out of that which fills the heart.

“Their throat is an open grave,
With their tongues they keep deceiving,”
“The poison of asps is under their lips”;

Now the serpent was more crafty than any beast of the field which the Lord God had made. And he said to the woman, “Indeed, has God said, ‘You shall not eat from any tree of the garden’?” The woman said to the serpent, From the fruit of the trees of the garden we may eat; but from the fruit of the tree which is in the middle of the garden, God has said, You shall not eat from it or touch it, or you will die.read more.
The serpent said to the woman, You surely will not die! For God knows that in the day you eat from it your eyes will be opened, and you will be like God, knowing good and evil. When the woman saw that the tree was good for food, and that it was a delight to the eyes, and that the tree was desirable to make one wise, she took from its fruit and ate; and she gave also to her husband with her, and he ate. Then the eyes of both of them were opened, and they knew that they were naked; and they sewed fig leaves together and made themselves loin coverings. They heard the sound of the Lord God walking in the garden in the cool of the day, and the man and his wife hid themselves from the presence of the Lord God among the trees of the garden. Then the Lord God called to the man, and said to him, “Where are you?” He said, “I heard the sound of You in the garden, and I was afraid because I was naked; so I hid myself.” And He said, “Who told you that you were naked? Have you eaten from the tree of which I commanded you not to eat?” The man said, “The woman whom You gave to be with me, she gave me from the tree, and I ate.” Then the Lord God said to the woman, “What is this you have done?” And the woman said, “The serpent deceived me, and I ate.”

And he laid hold of the dragon, the serpent of old, who is the devil and Satan, and bound him for a thousand years;

As Moses lifted up the serpent in the wilderness, even so must the Son of Man be lifted up; so that whoever believes will in Him have eternal life.

So the people came to Moses and said, “We have sinned, because we have spoken against the Lord and you; intercede with the Lord, that He may remove the serpents from us.” And Moses interceded for the people. Then the Lord said to Moses, “Make a fiery serpent, and set it on a standard; and it shall come about, that everyone who is bitten, when he looks at it, he will live.” And Moses made a bronze serpent and set it on the standard; and it came about, that if a serpent bit any man, when he looked to the bronze serpent, he lived.

He removed the high places and broke down the sacred pillars and cut down the Asherah. He also broke in pieces the bronze serpent that Moses had made, for until those days the sons of Israel burned incense to it; and it was called Nehushtan.