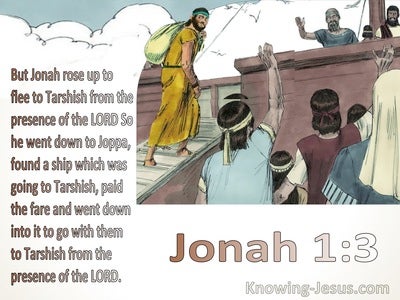 Some go down to the sea and travel over it in ships to do business in great waters;

But there the Lord will be for us in majesty and splendor a place of broad rivers and streams, where no oar-propelled boat can go, and no mighty and stately ship can pass.

If I take the wings of the morning or dwell in the uttermost parts of the sea,

Because in one [single] hour all the vast wealth has been destroyed (wiped out). And all ship captains and pilots, navigators and all who live by seafaring, the crews and all who ply their trade on the sea, stood a long way off,

Likewise, look at the ships: though they are so great and are driven by rough winds, they are steered by a very small rudder wherever the impulse of the helmsman determines.

But [even] now I beg you to be in good spirits and take heart, for there will be no loss of life among you but only of the ship.

And sailing from there, we arrived the day after at a point opposite Chios; the following day we struck across to Samos, and the next day we arrived at Miletus.

Therefore, setting sail from Troas, we came in a direct course to Samothrace, and the next day went on to Neapolis.

But as [the season was well advanced, for] much time had been lost and navigation was already dangerous, for the time for the Fast [the Day of Atonement, about the beginning of October] had already gone by, Paul warned and advised them,

But when he was leaving them he said, I will return to you if God is willing, and he set sail from Ephesus.

And down from their ships come all who handle the oar. The mariners and all the pilots of the sea stand upon the shore

It was after three months' stay there that we set sail in a ship which had wintered in the island, an Alexandrian ship with the Twin Brothers [Castor and Pollux] as its figurehead.

Luke 8:22
Verse Concepts
Crossing To The Other SideThe CrossDiscipleship
lakesBoats

One of those days He and His disciples got into a boat, and He said to them, Let us go across to the other side of the lake. So they put out to sea.

Then the mariners were afraid, and each man cried to his god; and they cast the goods that were in the ship into the sea to lighten it for them. But Jonah had gone down into the inner part of the ship and had lain down and was fast asleep.

And he saw the sky opened and something like a great sheet lowered by the four corners, descending to the earth.

Now when it was determined that we [including Luke] should sail for Italy, they turned Paul and some other prisoners over to a centurion of the imperial regiment named Julius.

And when we had torn ourselves away from them and withdrawn, we set sail and made a straight run to Cos, and on the following [day came] to Rhodes and from there to Patara.

Saying, Sirs, I perceive [after careful observation] that this voyage will be attended with disaster and much heavy loss, not only of the cargo and the ship but of our lives also.

And the third day they threw out with their own hands the ship's equipment (the tackle and the furniture).

Of fine linen with embroidered work from Egypt was your sail, that it might be an ensign for you; blue and purple from the coasts of Elishah [of Asia Minor] was the [ship's] awning which covered you.

There we found a ship crossing over to Phoenicia; so we went aboard and sailed away.

And coasting along it with difficulty, we arrived at a place called Fair Havens, near which is located the town of Lasea.

And as the sailors were trying to escape [secretly] from the ship and were lowering the small boat into the sea, pretending that they were going to lay out anchors from the bow,

And when we had sailed over [the whole length] of sea which lies off Cilicia and Pamphylia, we reached Myra in Lycia.

But the Lord sent out a great wind upon the sea, and there was a violent tempest on the sea so that the ship was about to be broken.

Jehoshaphat ordered ships of Tarshish to go to Ophir for gold, but they did not go, for the ships were wrecked at Ezion-geber.

He replied to them, When it is evening you say, It will be fair weather, for the sky is red,

And he said, Do not be frightened, Paul! It is necessary for you to stand before Caesar; and behold, God has given you all those who are sailing with you.

Paul said to the centurion and the soldiers, Unless these men remain in the ship, you cannot be saved.

Then as they had eaten nothing for a long time, Paul came forward into their midst and said, Men, you should have listened to me, and should not have put to sea from Crete and brought on this disaster and harm and misery and loss.

The fourteenth night had come and we were drifting and being driven about in the Adriatic Sea, when about midnight the sailors began to suspect that they were drawing near to some land.

Then the men were exceedingly afraid and said to him, What is this that you have done? For the men knew that he fled from being in the presence of the Lord [as His prophet and servant], because he had told them.

Your riches, your wares, your merchandise, your oarsmen and your pilots, your caulkers, your dealers in merchandise, and all your men of war who are in you, with all your company which is in your midst, sink in the heart of the seas on the day of your ruin!

After putting to sea from there we passed to the leeward (south side) of Cyprus [for protection], for the winds were contrary to us.

For Paul had determined to sail on past Ephesus, lest he might have to spend time [unnecessarily] in [the province of] Asia; for he was hastening on so that he might reach Jerusalem, if at all possible, by the day of Pentecost.

So they cut the cables and severed the anchors and left them in the sea; at the same time unlashing the ropes that held the rudders and hoisting the foresail to the wind, they headed for the beach.

But going on ahead to the ship, the rest of us set sail for Assos, intending to take Paul aboard there, for that was what he had directed, intending himself to go by land [on foot].

And as the harbor was not well situated and so unsuitable to winter in, the majority favored the plan of putting to sea again from there, hoping somehow to reach Phoenice, a harbor of Crete facing southwest and northwest, and winter there.