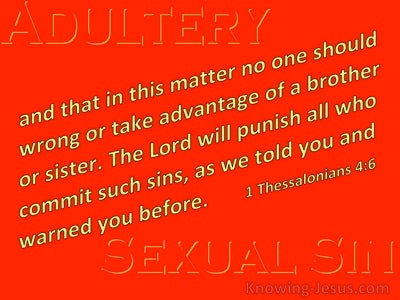 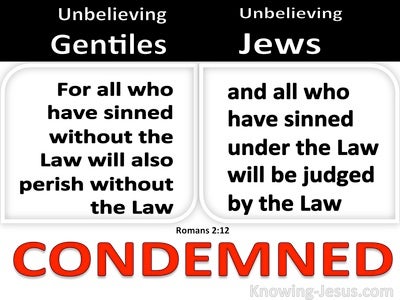 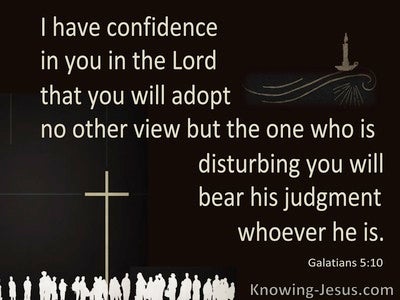 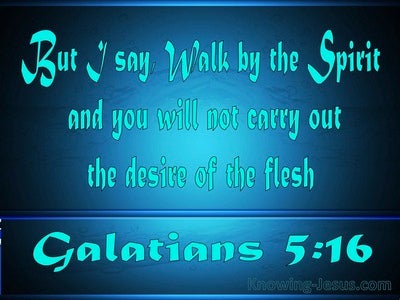 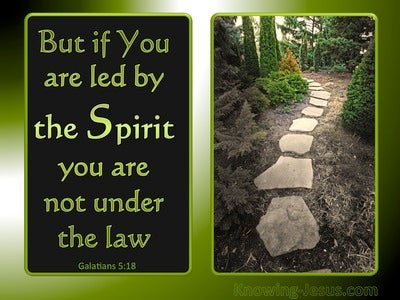 and that in this matter there be no encroaching on the rights of a brother Christian and no overreaching him. For the Lord is an avenger in all such cases, as we have already taught you and solemnly warned you.

Romans 2:12
Verse Concepts
Under The LawWithout The Lawlaw
Last JudgmentAccountabilityJudging Others Actions

And since it is reserved for all mankind once to die, and afterwards to be judged;

And that servant who has been told his Master's will and yet made no preparation and did not obey His will, will receive many lashes. But he who had not been told it and yet did what deserved the scourge, will receive but few lashes. To whomsoever much has been given, from him much will be required; and to whom much has been entrusted, of him a larger amount will be demanded.

The fact is that in the stubbornness of your impenitent heart you are treasuring up against yourself anger on the day of Anger--the day when the righteousness of God's judgements will stand revealed. To each man He will make an award corresponding to his actions;

And already the axe is lying at the root of the trees, so that every tree which does not produce good fruit will quickly be hewn down and thrown into the fire.

And even now the axe is lying at the root of the trees, so that every tree which fails to yield good fruit will quickly be hewn down and thrown into the fire."

His winnowing-shovel is in His hand, and He will make a thorough clearance of His threshing-floor, gathering His wheat into the storehouse, but burning up the chaff in unquenchable fire."

Every tree which does not yield good fruit is cut down and thrown aside for burning.

It is actually reported that there is fornication among you, and of a kind unheard of even among the Gentiles--a man has his father's wife! And you, instead of mourning and removing from among you the man who has done this deed of shame, are filled with self-complacency! I for my part, present with you in spirit although absent in body, have already, as though I were present, judged him who has so acted.read more.
In the name of our Lord Jesus, when you are all assembled and my spirit is with you, together with the power of our Lord Jesus, I have handed over such a man to Satan for the destruction of his body, that his spirit may be saved on the day of the Lord Jesus. It is no good thing--this which you make the ground of your boasting. Do you not know that a little yeast corrupts the whole of the dough? Get rid of the old yeast so that you may be dough of a new kind; for in fact you *are* free from corruption. For our Passover Lamb has already been offered in sacrifice--even Christ. Therefore let us keep our festival not with old yeast nor with the yeast of what is evil and mischievous, but with bread free from yeast--the bread of transparent sincerity and of truth. I wrote to you in that letter that you were not to associate with fornicators; not that in this world you are to keep wholly aloof from such as they, any more than from people who are avaricious and greedy of gain, or from worshippers of idols. For that would mean that you would be compelled to go out of the world altogether. But what I meant was that you were not to associate with any one bearing the name of "brother," if he was addicted to fornication or avarice or idol-worship or abusive language or hard-drinking or greed of gain. With such a man you ought not even to eat. For what business of mine is it to judge outsiders? Is it not for you to judge those who are within the Church while you leave to God's judgement those who are outside? Remove the wicked man from among you.

or to provincial Governors as sent by him for the punishment of evil-doers and the encouragement of those who do what is right.

For judges and magistrates are to be feared not by right-doers but by wrong-doers. You desire--do you not? --to have no reason to fear your ruler. Well, do the thing that is right, and then he will commend you. For he is God's servant for your benefit. But if you do what is wrong, be afraid. He does not wear the sword to no purpose: he is God's servant--an administrator to inflict punishment upon evil-doers.

In short, though knowing full well the sentence which God pronounces against actions such as theirs, as things which deserve death, they not only practise them, but even encourage and applaud others who do them.

For any one who eats and drinks, eats and drinks judgement to himself, if he fails to estimate the body aright. That is why many among you are sickly and out of health, and why not a few die.

The unclean are shut out, and so are all who practise magic, all fornicators, all murderers, and those who worship idols, and every one who loves falsehood and tells lies.

A little yeast corrupts the whole of the dough. For my part I have strong confidence in you in the Lord that you will adopt my view of the matter. But the man--be he who he may--who is troubling you, will have to bear the full weight of the judgement to be pronounced on him. As for me, brethren, if I am still a preacher of circumcision, how is it that I am still suffering persecution? In that case the Cross has ceased to be a stumbling-block!read more.
Would to God that those who are unsettling your faith would even mutilate themselves. You however, brethren, were called to freedom. Only do not turn your freedom into an excuse for giving way to your lower natures; but become bondservants to one another in a spirit of love. For the entire Law has been obeyed when you have kept the single precept, which says, "You are to love your fellow man equally with yourself." But if you are perpetually snarling and snapping at one another, beware lest you are destroyed by one another. This then is what I mean. Let your lives be guided by the Spirit, and then you will certainly not indulge the cravings of your lower natures. For the cravings of the lower nature are opposed to those of the Spirit, and the cravings of the Spirit are opposed to those of the lower nature; because these are antagonistic to each other, so that you cannot do everything to which you are inclined. But if the Spirit is leading you, you are not subject to Law. Now you know full well the doings of our lower natures. Fornication, impurity, indecency, idol-worship, sorcery; enmity, strife, jealousy, outbursts of passion, intrigues, dissensions, factions, envyings; hard drinking, riotous feasting, and the like. And as to these I forewarn you, as I have already forewarned you, that those who are guilty of such things will have no share in the Kingdom of God.

Alas for you! for you repair the tombs of the Prophets, whom your forefathers killed. It follows that you bear testimony to the actions of your forefathers and that you fully approve thereof. They slew, you build. "For this reason also the Wisdom of God has said, 'I will send Prophets and Apostles to them, of whom they will kill some and persecute others,'read more.
so that the blood of all the Prophets, that is being shed from the creation of the world onwards, may be required from the present generation. Yes, I tell you that, from the blood of Abel down to the blood of Zechariah who perished between the altar and the House, it shall all be required from the present generation.

O Jerusalem, Jerusalem, thou who murderest the Prophets and stonest those who have been sent to thee, how often have I desired to gather thy children just as a hen gathers her brood under her wings, and you would not come! See, your house is left to you. But I tell you that you will never see me again until you say, 'Blessed is He who comes in the name of the Lord!'"

He will come in flames of fire to take vengeance on those who have no knowledge of God, and do not obey the Good News as to Jesus, our Lord. They will pay the penalty of eternal destruction, being banished from the presence of the Lord and from His glorious majesty,

But the present heavens and the present earth are, by the command of the same God, kept stored up, reserved for fire in preparation for a day of judgement and of destruction for the ungodly.