18 Bible Verses about Why People Did Things 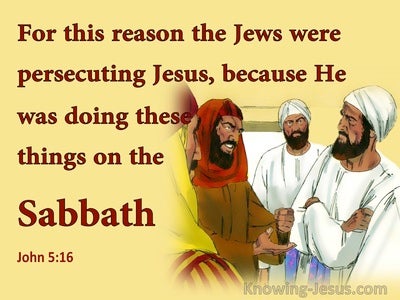 Not as Cain, who was of the wicked one and killed his brother. And why did he kill him? Because his own works were evil, and his brother's righteous.

So Joab and Abishai his brother slew Abner because he had slain their brother Asahel at Gibeon in the battle.

And Abraham said, Because I thought, Surely the fear of God is not in this place, and they will slay me for my wife's sake.

And the men were afraid because they were brought into Joseph's house, and they said, Because of the money that was returned in our sacks the first time we are brought in here that he may seek occasion against us and fall upon us and take us for slaves and our asses.

John 5:16
Verse Concepts
The Sabbath And ChristPersecution, Nature Of
PlottingPersecution Of Christ

And for this reason the Jews persecuted Jesus and sought to kill him: because he had done these things on a sabbath.

And said, For this cause shall a man leave father and mother and shall be joined to his wife, and they shall be two in one flesh.

For this cause shall a man leave his father and his mother and shall join to his wife;

For this cause shall a man leave his father and mother and shall be joined unto his wife, and they shall be two in one flesh.

He said unto them, Moses, because of the hardness of your hearts, suffered you to put away your wives, but from the beginning it was not so.

Jesus answered them and said, Verily, verily, I say unto you, Ye seek me, not because ye have seen the signs, but because ye ate of the loaves and were filled.

And a great multitude followed him because they saw his signs which he did on the sick.

This he said, not that he cared for the poor, but because he was a thief and had the bag and would take from what was put therein.

For this cause the multitude also met him, for they had heard that he had done this sign.

And they will do these things unto you because they do not know the Father, nor me.

Then the Pharisees came unto him, tempting him and saying unto him, Is it lawful for a man to put away his wife for any cause?