25 Bible Verses about Wronging Other People 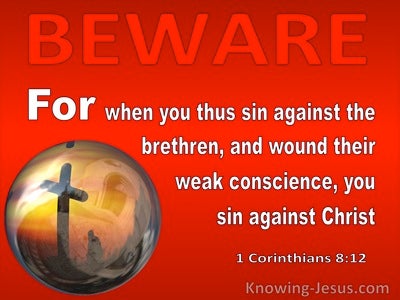 No one is to oppress his fellow citizen, but you must fear your God, because I am the Lord your God.

Reuben said to them, "Didn't I say to you, 'Don't sin against the boy,' but you wouldn't listen? So now we must pay for shedding his blood!"

So Jonathan spoke on David's behalf to his father Saul. He said to him, "The king should not sin against his servant David, for he has not sinned against you. On the contrary, his actions have been very beneficial for you.

He risked his life when he struck down the Philistine and the Lord gave all Israel a great victory. When you saw it, you were happy. So why would you sin against innocent blood by putting David to death for no reason?"

No straw is given to your servants, but we are told, 'Make bricks!' Your servants are even being beaten, but the fault is with your people."

For the matter concerning the queen will spread to all the women, leading them to treat their husbands with contempt, saying, 'When King Ahasuerus gave orders to bring Queen Vashti into his presence, she would not come.'

These ten times you have been reproaching me; you are not ashamed to attack me!

"Yes, I know what you are thinking, the schemes by which you would wrong me.

You have seen the wrong done to me, O Lord; pronounce judgment on my behalf!

Exodus 10:10
Verse Concepts
God Be With You

He said to them, "The Lord will need to be with you if I release you and your dependents! Watch out! Trouble is right in front of you!

Then Jeremiah asked King Zedekiah, "What crime have I committed against you, or the officials who serve you, or the people of Judah? What have I done to make you people throw me into prison?

"For if you forgive others their sins, your heavenly Father will also forgive you.

Then Peter came to him and said, "Lord, how many times must I forgive my brother who sins against me? As many as seven times?"

And the landowner replied to one of them, 'Friend, I am not treating you unfairly. Didn't you agree with me to work for the standard wage?

Even if he sins against you seven times in a day, and seven times returns to you saying, 'I repent,' you must forgive him."

Acts 7:26
Verse Concepts
Fighting One Another
Love Between Relatives

The next day Moses saw two men fighting, and tried to make peace between them, saying, 'Men, you are brothers; why are you hurting one another?'

But you yourselves wrong and cheat, and you do this to your brothers and sisters!

I beg you, brothers and sisters, become like me, because I have become like you. You have done me no wrong!