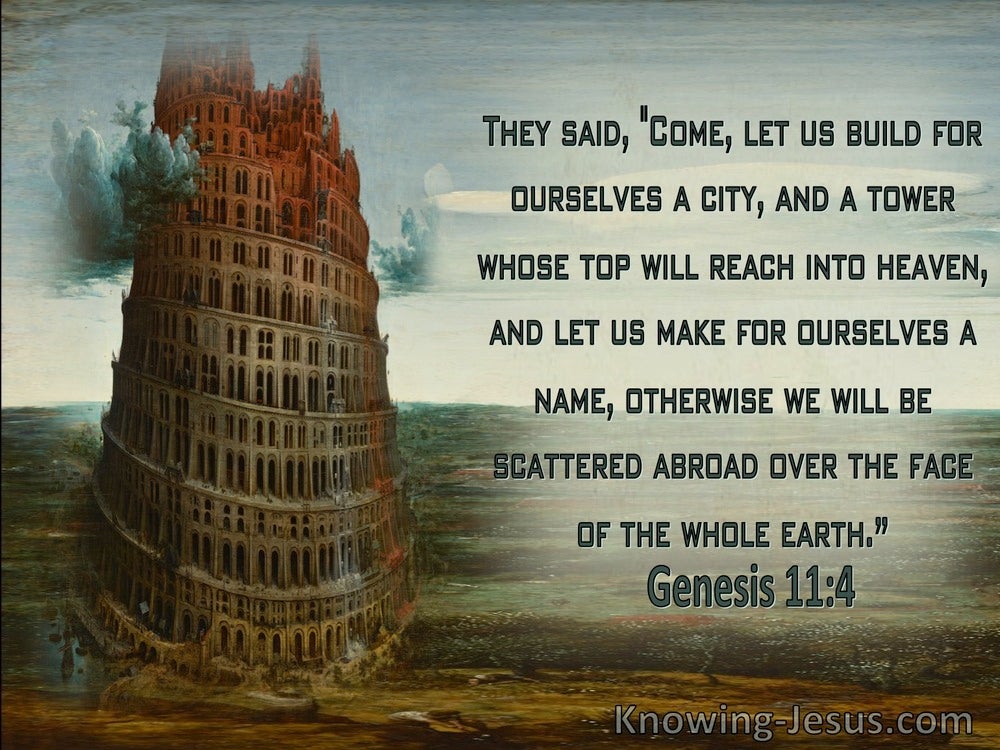 They said to one another, “Come, let us make bricks and burn them thoroughly.” And they used brick for stone, and they used tar for mortar. They said, “Come, let us build for ourselves a city, and a tower whose top will reach into heaven, and let us make for ourselves a name, otherwise we will be scattered abroad over the face of the whole earth.”

A people who continually provoke Me to My face,
Offering sacrifices in gardens and burning incense on bricks;

“Take some large stones in your hands and hide them in the mortar in the brick terrace which is at the entrance of Pharaoh’s palace in Tahpanhes, in the sight of some of the Jews;

Draw for yourself water for the siege!
Strengthen your fortifications!
Go into the clay and tread the mortar!
Take hold of the brick mold!

and they made their lives bitter with hard labor in mortar and bricks and at all kinds of labor in the field, all their labors which they rigorously imposed on them.

Then he took the crown of their king from his head; and its weight was a talent of gold, and in it was a precious stone; and it was placed on David’s head. And he brought out the spoil of the city in great amounts. He also brought out the people who were in it, and set them under saws, sharp iron instruments, and iron axes, and made them pass through the brickkiln. And thus he did to all the cities of the sons of Ammon. Then David and all the people returned to Jerusalem.

“You are no longer to give the people straw to make brick as previously; let them go and gather straw for themselves. But the quota of bricks which they were making previously, you shall impose on them; you are not to reduce any of it. Because they are lazy, therefore they cry out, ‘Let us go and sacrifice to our God.’ Let the labor be heavier on the men, and let them work at it so that they will pay no attention to false words.”read more.
So the taskmasters of the people and their foremen went out and spoke to the people, saying, “Thus says Pharaoh, ‘I am not going to give you any straw. You go and get straw for yourselves wherever you can find it, but none of your labor will be reduced.’” So the people scattered through all the land of Egypt to gather stubble for straw. The taskmasters pressed them, saying, “Complete your work quota, your daily amount, just as when you had straw.” Moreover, the foremen of the sons of Israel, whom Pharaoh’s taskmasters had set over them, were beaten and were asked, “Why have you not completed your required amount either yesterday or today in making brick as previously?” Then the foremen of the sons of Israel came and cried out to Pharaoh, saying, “Why do you deal this way with your servants? There is no straw given to your servants, yet they keep saying to us, ‘Make bricks!’ And behold, your servants are being beaten; but it is the fault of your own people.” But he said, “You are lazy, very lazy; therefore you say, ‘Let us go and sacrifice to the Lord.’ So go now and work; for you will be given no straw, yet you must deliver the quota of bricks.” The foremen of the sons of Israel saw that they were in trouble because they were told, “You must not reduce your daily amount of bricks.”

Though you pound a fool in a mortar with a pestle along with crushed grain,
Yet his foolishness will not depart from him.

It is definitely because they have misled My people by saying, ‘Peace!’ when there is no peace. And when anyone builds a wall, behold, they plaster it over with whitewash;

The people would go about and gather it and grind it between two millstones or beat it in the mortar, and boil it in the pot and make cakes with it; and its taste was as the taste of cakes baked with oil.