39 Bible Verses about Cruelty, examples of 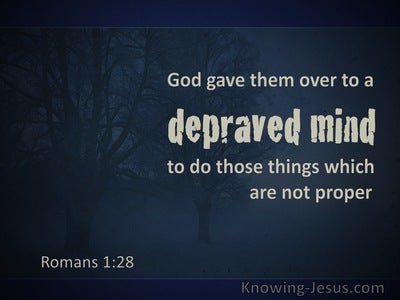 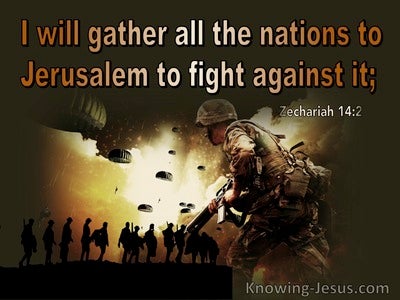 And, according as they did not approve of having God in knowledge, God gave them up to a disapproved mind, to do the things not seemly; having been filled with all unrighteousness, whoredom, wickedness, covetousness, malice; full of envy, murder, strife, deceit, evil dispositions; whisperers, evil-speakers, God-haters, insulting, proud, boasters, inventors of evil things, disobedient to parents,read more.
unintelligent, faithless, without natural affection, implacable, unmerciful;

With profane ones, mockers in feasts, Gnashing against me their teeth.

O God, the proud have risen up against me, And a company of the terrible sought my soul, And have not placed Thee before them,

Whoso is mocking at the poor Hath reproached his Maker, Whoso is rejoicing at calamity is not acquitted.

For I have known -- many are your transgressions, And mighty your sins, Adversaries of the righteous, taking ransoms, And the needy in the gate ye turned aside.

And Hazael saith, 'Wherefore is my lord weeping?' and he saith, 'Because I have known the evil that thou dost to the sons of Israel -- their fenced places thou dost send into fire, and their young men with sword thou dost slay, and their sucklings thou dost dash to pieces, and their pregnant women thou dost rip up.'

Then doth Menahem smite Tiphsah, and all who are in it, and its borders from Tirzah, for it opened not to him, and he smiteth it, all its pregnant women he hath ripped up.

And rise doth a tumult among thy people, And all thy fortresses are spoiled, As the spoiling of Shalman of Beth-Arbel, In a day of battle, Mother against sons dashed in pieces.

Become desolate doth Samaria, Because she hath rebelled against her God, By sword they do fall, Their sucklings are dashed in pieces, And its pregnant ones are ripped up!

Even she doth become an exile, She hath gone into captivity, Even her sucklings are dashed to pieces At the top of all out-places, And for her honoured ones they cast a lot, And all her great ones have been bound in fetters.

and Shechem, son of Hamor the Hivite, a prince of the land, seeth her, and taketh her, and lieth with her, and humbleth her;

And the men have not been willing to hearken to him, and the man taketh hold on his concubine, and bringeth her out unto them without, and they know her, and roll themselves upon her all the night, till the morning, and send her away in the ascending of the dawn;

And he hath not been willing to hearken to her voice, and is stronger than she, and humbleth her, and lieth with her.

And I have gathered all the nations unto Jerusalem to battle, And captured hath been the city, And spoiled have been the houses, And the women are lain with, Gone forth hath half the city in a removal, And the remnant of the people are not cut off from the city.

My spirit hath been destroyed, My days extinguished -- graves are for me. If not -- mockeries are with me. And in their provocations mine eye lodgeth.

With a sword in my bones Have mine adversaries reproached me, In their saying unto me all the day, 'Where is thy God?'

And in like manner also the chief priests, mocking with one another, with the scribes, said, 'Others he saved; himself he is not able to save.

and her adversity hath also provoked her greatly, so as to make her tremble, for Jehovah hath shut up her womb. And so he doth year by year, from the time of her going up into the house of Jehovah, so it provoketh her, and she weepeth, and doth not eat.

Thy devices make men keep silent, Thou scornest, and none is causing blushing!

All beholding me do mock at me, They make free with the lip -- shake the head,

Violent witnesses rise up, That which I have not known they ask me.

Remember, O Lord, the reproach of Thy servants, I have borne in my bosom all the strivings of the peoples, Wherewith Thine enemies reproached, O Jehovah, Wherewith they have reproached The steps of Thine anointed.

All the day mine enemies reproached me, Those mad at me have sworn against me.

Thou hast persuaded me, O Jehovah, and I am persuaded; Thou hast hardened me, and dost prevail, I have been for a laughter all the day, Every one is mocking at me,

I have been a derision to all my people, Their song all the day.

And it cometh to pass, when Joseph hath come unto his brethren, that they strip Joseph of his coat, the long coat which is upon him, and take him and cast him into the pit, and the pit is empty, there is no water in it.

Simeon and Levi are brethren! Instruments of violence -- their espousals! Into their secret, come not, O my soul! Unto their assembly be not united, O mine honour; For in their anger they slew a man, And in their self-will eradicated a prince. Cursed is their anger, for it is fierce, And their wrath, for it is sharp; I divide them in Jacob, And I scatter them in Israel.

and Pharaoh layeth a charge on all his people, saying, 'Every son who is born -- into the River ye do cast him, and every daughter ye do keep alive.'

And Adoni-Bezek fleeth, and they pursue after him, and seize him, and cut off his thumbs and his great toes,

and Jehovah selleth them into the hand of Jabin king of Canaan, who hath reigned in Hazor, and the head of his host is Sisera, and he is dwelling in Harosheth of the Goyim; and the sons of Israel cry unto Jehovah, for he hath nine hundred chariots of iron, and he hath oppressed the sons of Israel mightily twenty years.

And Asa is angry at the seer, and giveth him to the house of torture, for he is in a rage with him for this; and Asa oppresseth some of the people at that time.

Keep far from off her thy way, And come not near unto the opening of her house, Lest thou give to others thy honour, And thy years to the fierce,

And they take Jeremiah, and cast him into the pit of Malchiah son of the king, that is in the court of the prison, and they send down Jeremiah with cords; and in the pit there is no water, but mire, and Jeremiah sinketh in the mire. And Ebed-Melech the Cushite, a eunuch who is in the king's house, heareth that they have put Jeremiah into the pit; and the king is sitting at the gate of Benjamin,