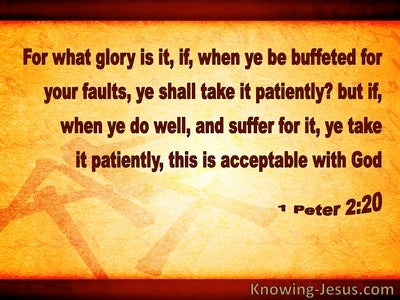 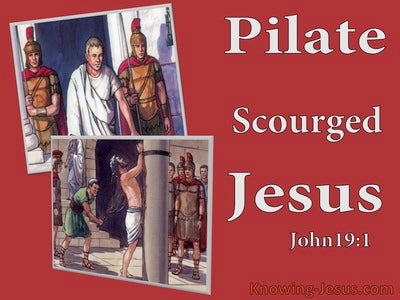 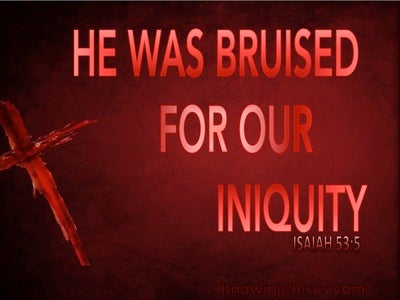 then it hath come to pass, if the wrong-doer is to be smitten, that the judge hath caused him to fall down, and one hath smitten him in his presence, according to the sufficiency of his wrong-doing, by number; forty times he doth smite him -- he is not adding, lest, he is adding to smite him above these -- many stripes, and thy brother is lightly esteemed in thine eyes.

And when a man smiteth his man-servant or his handmaid, with a rod, and he hath died under his hand -- he is certainly avenged;

A scorner smite, and the simple acts prudently, And give reproof to the intelligent, He understandeth knowledge.

for what renown is it, if sinning and being buffeted, ye do endure it? but if, doing good and suffering for it, ye do endure, this is gracious with God,

And I strive with them, and declare them vile, and smite certain of them, and pluck off their hair, and cause them to swear by God, 'Ye do not give your daughters to their sons, nor do ye take of their daughters to your sons, and to yourselves.

Rebuke cometh down on the intelligent More than a hundred stripes on a fool.

The lips of a fool enter into strife, And his mouth for stripes calleth.

Proverbs 19:29
Verse Concepts
Advice On Beating PeopleFoolsmockersInfidelity To God
Condemnation Of The WickedBackRidicule, Nature Of

Judgments have been prepared for scorners, And stripes for the back of fools!

My back I have given to those smiting, And my cheeks to those plucking out, My face I hid not from shame and spitting.

and others of mockings and scourgings did receive trial, and yet of bonds and imprisonment;

And the authorities of the sons of Israel, whom the exactors of Pharaoh have placed over them, are beaten, saying, 'Wherefore have ye not completed your portion in making brick as heretofore, both yesterday and to-day?'

Also, to fine the righteous is not good, To smite nobles for uprightness.

and Pashhur smiteth Jeremiah the prophet, and putteth him unto the stocks, that are by the high gate of Benjamin, that is by the house of Jehovah.

and Pilate, wishing to content the multitude, released to them Barabbas, and delivered up Jesus -- having scourged him -- that he might be crucified.

Then did he release to them Barabbas, and having scourged Jesus, he delivered him up that he may be crucified;

Then, therefore, did Pilate take Jesus and scourge him,

And he is pierced for our transgressions, Bruised for our iniquities, The chastisement of our peace is on him, And by his bruise there is healing to us.

and they shall condemn him to death, and shall deliver him to the nations to mock, and to scourge, and to crucify, and the third day he will rise again.'

and they shall mock him, and scourge him, and spit on him, and kill him, and the third day he shall rise again.'

for he shall be delivered up to the nations, and shall be mocked, and insulted, and spit upon,

And, take ye heed of men, for they will give you up to sanhedrims, and in their synagogues they will scourge you,

And to him they agreed, and having called near the apostles, having beaten them, they commanded them not to speak in the name of Jesus, and let them go;

'And take ye heed to yourselves, for they shall deliver you up to sanhedrims, and to synagogues, ye shall be beaten, and before governors and kings ye shall be set for my sake, for a testimony to them;

And the multitude rose up together against them, and the magistrates having torn their garments from them, were commanding to beat them with rods, many blows also having laid upon them, they cast them to prison, having given charge to the jailor to keep them safely,

and all the Greeks having taken Sosthenes, the chief man of the synagogue, were beating him before the tribunal, and not even for these things was Gallio caring.

and I said, Lord, they -- they know that I was imprisoning and was scourging in every synagogue those believing on thee;

in stripes, in imprisonments, in insurrections, in labours, in watchings, in fastings,

from Jews five times forty stripes save one I did receive; thrice was I beaten with rods, once was I stoned, thrice was I shipwrecked, a night and a day in the deep I have passed;

I am to him for a father, and he is to Me for a son; whom in his dealings perversely I have even reproved with a rod of men, and with strokes of the sons of Adam,

When the tongue scourgeth thou art hid, And thou art not afraid of destruction, When it cometh.

I have looked after with a rod their transgression, And with strokes their iniquity,

And awaking for him is Jehovah of Hosts, A scourge like the smiting of Midian at the rock Oreb, And his rod is over the sea, And he hath lifted it in the way of Egypt.

O afflicted, storm-tossed, not comforted, Lo, I am laying with cement thy stones, And have founded thee with sapphires,