41 Bible Verses about drinking, abstention from 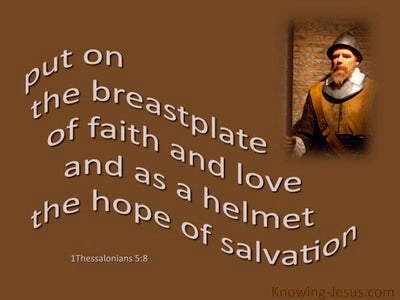 The Lord then spoke to Aaron, saying, “Do not drink wine or strong drink, neither you nor your sons with you, when you come into the tent of meeting, so that you will not die—it is a perpetual statute throughout your generations—

Nor shall any of the priests drink wine when they enter the inner court.

Again the Lord spoke to Moses, saying, “Speak to the sons of Israel and say to them, ‘When a man or woman makes a special vow, the vow of a Nazirite, to dedicate himself to the Lord, he shall abstain from wine and strong drink; he shall drink no vinegar, whether made from wine or strong drink, nor shall he drink any grape juice nor eat fresh or dried grapes.read more.
All the days of his separation he shall not eat anything that is produced by the grape vine, from the seeds even to the skin.

There was a certain man of Zorah, of the family of the Danites, whose name was Manoah; and his wife was barren and had borne no children. Then the angel of the Lord appeared to the woman and said to her, “Behold now, you are barren and have borne no children, but you shall conceive and give birth to a son. Now therefore, be careful not to drink wine or strong drink, nor eat any unclean thing.read more.
For behold, you shall conceive and give birth to a son, and no razor shall come upon his head, for the boy shall be a Nazirite to God from the womb; and he shall begin to deliver Israel from the hands of the Philistines.”

Therefore in that day the Lord God of hosts called you to weeping, to wailing,
To shaving the head and to wearing sackcloth.
Instead, there is gaiety and gladness,
Killing of cattle and slaughtering of sheep,
Eating of meat and drinking of wine:
“Let us eat and drink, for tomorrow we may die.”

The word which came to Jeremiah from the Lord in the days of Jehoiakim the son of Josiah, king of Judah, saying, “Go to the house of the Rechabites and speak to them, and bring them into the house of the Lord, into one of the chambers, and give them wine to drink.” Then I took Jaazaniah the son of Jeremiah, son of Habazziniah, and his brothers and all his sons and the whole house of the Rechabites,read more.
and I brought them into the house of the Lord, into the chamber of the sons of Hanan the son of Igdaliah, the man of God, which was near the chamber of the officials, which was above the chamber of Maaseiah the son of Shallum, the doorkeeper. Then I set before the men of the house of the Rechabites pitchers full of wine and cups; and I said to them, “Drink wine!” But they said, “We will not drink wine, for Jonadab the son of Rechab, our father, commanded us, saying, ‘You shall not drink wine, you or your sons, forever. You shall not build a house, and you shall not sow seed and you shall not plant a vineyard or own one; but in tents you shall dwell all your days, that you may live many days in the land where you sojourn.’ We have obeyed the voice of Jonadab the son of Rechab, our father, in all that he commanded us, not to drink wine all our days, we, our wives, our sons or our daughters, nor to build ourselves houses to dwell in; and we do not have vineyard or field or seed. We have only dwelt in tents, and have obeyed and have done according to all that Jonadab our father commanded us. But when Nebuchadnezzar king of Babylon came up against the land, we said, ‘Come and let us go to Jerusalem before the army of the Chaldeans and before the army of the Arameans.’ So we have dwelt in Jerusalem.” Then the word of the Lord came to Jeremiah, saying, “Thus says the Lord of hosts, the God of Israel, ‘Go and say to the men of Judah and the inhabitants of Jerusalem, “Will you not receive instruction by listening to My words?” declares the Lord. “The words of Jonadab the son of Rechab, which he commanded his sons not to drink wine, are observed. So they do not drink wine to this day, for they have obeyed their father’s command. But I have spoken to you again and again; yet you have not listened to Me.

For John came neither eating nor drinking, and they say, ‘He has a demon!’

For he will be great in the sight of the Lord; and he will drink no wine or liquor, and he will be filled with the Holy Spirit while yet in his mother’s womb.

they gave Him wine to drink mixed with gall; and after tasting it, He was unwilling to drink.

It is good not to eat meat or to drink wine, or to do anything by which your brother stumbles.

Woe to those who rise early in the morning that they may pursue strong drink,
Who stay up late in the evening that wine may inflame them!

Wine is a mocker, strong drink a brawler,
And whoever is intoxicated by it is not wise.

Woe to those who are heroes in drinking wine
And valiant men in mixing strong drink,

“Woe to you who make your neighbors drink,
Who mix in your venom even to make them drunk
So as to look on their nakedness!

“Be on guard, so that your hearts will not be weighted down with dissipation and drunkenness and the worries of life, and that day will not come on you suddenly like a trap;

Therefore when you meet together, it is not to eat the Lord’s Supper, for in your eating each one takes his own supper first; and one is hungry and another is drunk.

For those who sleep do their sleeping at night, and those who get drunk get drunk at night. But since we are of the day, let us be sober, having put on the breastplate of faith and love, and as a helmet, the hope of salvation.

Older women likewise are to be reverent in their behavior, not malicious gossips nor enslaved to much wine, teaching what is good,

Deacons likewise must be men of dignity, not double-tongued, or addicted to much wine or fond of sordid gain,

For the overseer must be above reproach as God’s steward, not self-willed, not quick-tempered, not addicted to wine, not pugnacious, not fond of sordid gain,

Then Noah began farming and planted a vineyard. He drank of the wine and became drunk, and uncovered himself inside his tent.

Then Abigail came to Nabal, and behold, he was holding a feast in his house, like the feast of a king. And Nabal’s heart was merry within him, for he was very drunk; so she did not tell him anything at all until the morning light.

Then David said to Uriah, “Stay here today also, and tomorrow I will let you go.” So Uriah remained in Jerusalem that day and the next. Now David called him, and he ate and drank before him, and he made him drunk; and in the evening he went out to lie on his bed with his lord’s servants, but he did not go down to his house.

His servant Zimri, commander of half his chariots, conspired against him. Now he was at Tirzah drinking himself drunk in the house of Arza, who was over the household at Tirzah.

They went out at noon, while Ben-hadad was drinking himself drunk in the temporary shelters with the thirty-two kings who helped him.

His watchmen are blind,
All of them know nothing.
All of them are mute dogs unable to bark,
Dreamers lying down, who love to slumber;
And the dogs are greedy, they are not satisfied.
And they are shepherds who have no understanding;
They have all turned to their own way,
Each one to his unjust gain, to the last one.
“Come,” they say, “let us get wine, and let us drink heavily of strong drink;
And tomorrow will be like today, only more so.”

and begins to beat his fellow slaves and eat and drink with drunkards;

But if that slave says in his heart, ‘My master will be a long time in coming,’ and begins to beat the slaves, both men and women, and to eat and drink and get drunk;

As for Hannah, she was speaking in her heart, only her lips were moving, but her voice was not heard. So Eli thought she was drunk. Then Eli said to her, “How long will you make yourself drunk? Put away your wine from you.” But Hannah replied, “No, my lord, I am a woman oppressed in spirit; I have drunk neither wine nor strong drink, but I have poured out my soul before the Lord.

The Son of Man came eating and drinking, and they say, ‘Behold, a gluttonous man and a drunkard, a friend of tax collectors and sinners!’ Yet wisdom is vindicated by her deeds.”

The Son of Man has come eating and drinking, and you say, ‘Behold, a gluttonous man and a drunkard, a friend of tax collectors and sinners!’

But others were mocking and saying, “They are full of sweet wine.” But Peter, taking his stand with the eleven, raised his voice and declared to them: “Men of Judea and all you who live in Jerusalem, let this be known to you and give heed to my words. For these men are not drunk, as you suppose, for it is only the third hour of the day;