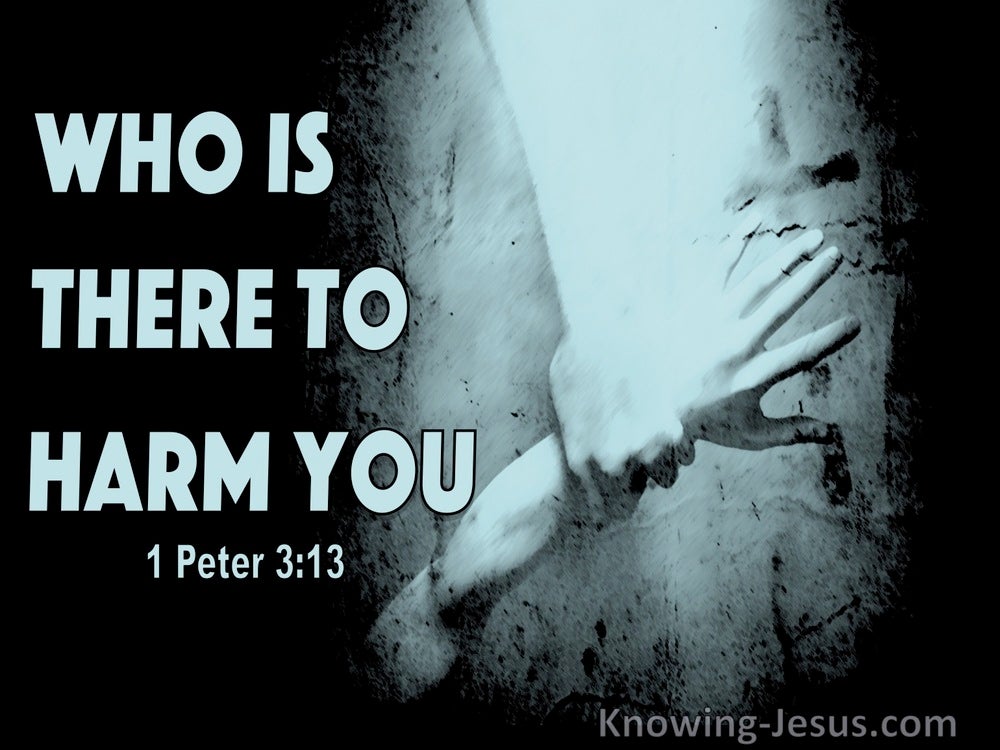 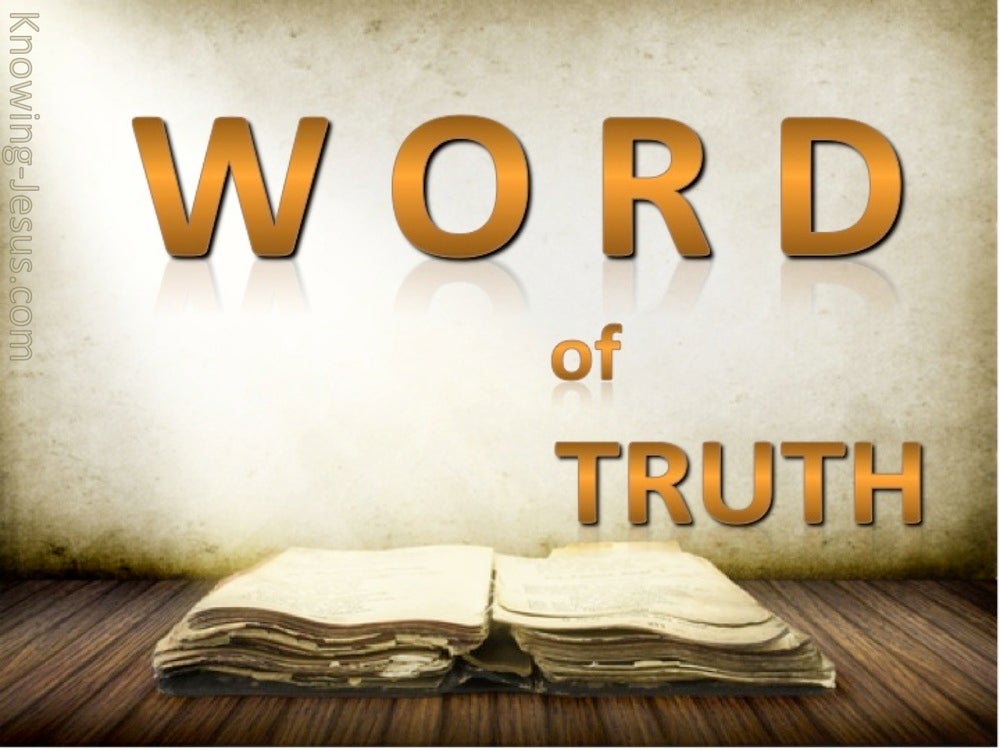 Who is there to harm you if you prove zealous for what is good?

With good will render service, as to the Lord, and not to men,

not lagging behind in diligence, fervent in spirit, serving the Lord;

What then? Only that in every way, whether in pretense or in truth, Christ is proclaimed; and in this I rejoice.Yes, and I will rejoice,

who gave Himself for us to redeem us from every lawless deed, and to purify for Himself a people for His own possession, zealous for good deeds.

for I know your readiness, of which I boast about you to the Macedonians, namely, that Achaia has been prepared since last year, and your zeal has stirred up most of them.

So also you, since you are zealous of spiritual gifts, seek to abound for the edification of the church.

Therefore, my brethren, desire earnestly to prophesy, and do not forbid to speak in tongues.

But thanks be to God who puts the same earnestness on your behalf in the heart of Titus. For he not only accepted our appeal, but being himself very earnest, he has gone to you of his own accord.

Whatever you do, do your work heartily, as for the Lord rather than for men,

Be diligent to present yourself approved to God as a workman who does not need to be ashamed, accurately handling the word of truth.

But it is good always to be eagerly sought in a commendable manner, and not only when I am present with you.

An excellent wife, who can find?
For her worth is far above jewels.
The heart of her husband trusts in her,
And he will have no lack of gain.
She does him good and not evil
All the days of her life.
read more.
She looks for wool and flax
And works with her hands in delight.
She is like merchant ships;
She brings her food from afar.
She rises also while it is still night
And gives food to her household
And portions to her maidens.
She considers a field and buys it;
From her earnings she plants a vineyard.
She girds herself with strength
And makes her arms strong.
She senses that her gain is good;
Her lamp does not go out at night.
She stretches out her hands to the distaff,
And her hands grasp the spindle.

Now Elisha the prophet called one of the sons of the prophets and said to him, "Gird up your loins, and take this flask of oil in your hand and go to Ramoth-gilead. "When you arrive there, search out Jehu the son of Jehoshaphat the son of Nimshi, and go in and bid him arise from among his brothers, and bring him to an inner room. "Then take the flask of oil and pour it on his head and say, 'Thus says the LORD, "I have anointed you king over Israel."' Then open the door and flee and do not wait." read more.
So the young man, the servant of the prophet, went to Ramoth-gilead. When he came, behold, the captains of the army were sitting, and he said, "I have a word for you, O captain." And Jehu said, "For which one of us?" And he said, "For you, O captain." He arose and went into the house, and he poured the oil on his head and said to him, "Thus says the LORD, the God of Israel, 'I have anointed you king over the people of the LORD, even over Israel. 'You shall strike the house of Ahab your master, that I may avenge the blood of My servants the prophets, and the blood of all the servants of the LORD, at the hand of Jezebel. 'For the whole house of Ahab shall perish, and I will cut off from Ahab every male person both bond and free in Israel. 'I will make the house of Ahab like the house of Jeroboam the son of Nebat, and like the house of Baasha the son of Ahijah. 'The dogs shall eat Jezebel in the territory of Jezreel, and none shall bury her.'" Then he opened the door and fled. Now Jehu came out to the servants of his master, and one said to him, "Is all well? Why did this mad fellow come to you?" And he said to them, "You know very well the man and his talk." They said, "It is a lie, tell us now." And he said, "Thus and thus he said to me, 'Thus says the LORD, "I have anointed you king over Israel."'" Then they hurried and each man took his garment and placed it under him on the bare steps, and blew the trumpet, saying, "Jehu is king!" So Jehu the son of Jehoshaphat the son of Nimshi conspired against Joram. Now Joram with all Israel was defending Ramoth-gilead against Hazael king of Aram,

Now Ahab had seventy sons in Samaria. And Jehu wrote letters and sent them to Samaria, to the rulers of Jezreel, the elders, and to the guardians of the children of Ahab, saying, "Now, when this letter comes to you, since your master's sons are with you, as well as the chariots and horses and a fortified city and the weapons, select the best and fittest of your master's sons, and set him on his father's throne, and fight for your master's house." read more.
But they feared greatly and said, "Behold, the two kings did not stand before him; how then can we stand?" And the one who was over the household, and he who was over the city, the elders, and the guardians of the children, sent word to Jehu, saying, "We are your servants, all that you say to us we will do, we will not make any man king; do what is good in your sight." Then he wrote a letter to them a second time saying, "If you are on my side, and you will listen to my voice, take the heads of the men, your master's sons, and come to me at Jezreel tomorrow about this time." Now the king's sons, seventy persons, were with the great men of the city, who were rearing them. When the letter came to them, they took the king's sons and slaughtered them, seventy persons, and put their heads in baskets, and sent them to him at Jezreel. When the messenger came and told him, saying, "They have brought the heads of the king's sons," he said, "Put them in two heaps at the entrance of the gate until morning." Now in the morning he went out and stood and said to all the people, "You are innocent; behold, I conspired against my master and killed him, but who killed all these? "Know then that there shall fall to the earth nothing of the word of the LORD, which the LORD spoke concerning the house of Ahab, for the LORD has done what He spoke through His servant Elijah." So Jehu killed all who remained of the house of Ahab in Jezreel, and all his great men and his acquaintances and his priests, until he left him without a survivor. Then he arose and departed and went to Samaria. On the way while he was at Beth-eked of the shepherds, Jehu met the relatives of Ahaziah king of Judah and said, "Who are you?" And they answered, "We are the relatives of Ahaziah; and we have come down to greet the sons of the king and the sons of the queen mother." He said, "Take them alive." So they took them alive and killed them at the pit of Beth-eked, forty-two men; and he left none of them. Now when he had departed from there, he met Jehonadab the son of Rechab coming to meet him; and he greeted him and said to him, "Is your heart right, as my heart is with your heart?" And Jehonadab answered, "It is " Jehu said, "If it is, give me your hand." And he gave him his hand, and he took him up to him into the chariot. He said, "Come with me and see my zeal for the LORD." So he made him ride in his chariot. When he came to Samaria, he killed all who remained to Ahab in Samaria, until he had destroyed him, according to the word of the LORD which He spoke to Elijah. Then Jehu gathered all the people and said to them, "Ahab served Baal a little; Jehu will serve him much. "Now, summon all the prophets of Baal, all his worshipers and all his priests; let no one be missing, for I have a great sacrifice for Baal; whoever is missing shall not live." But Jehu did it in cunning, so that he might destroy the worshipers of Baal. And Jehu said, "Sanctify a solemn assembly for Baal " And they proclaimed it. Then Jehu sent throughout Israel and all the worshipers of Baal came, so that there was not a man left who did not come. And when they went into the house of Baal, the house of Baal was filled from one end to the other. He said to the one who was in charge of the wardrobe, "Bring out garments for all the worshipers of Baal." So he brought out garments for them. Jehu went into the house of Baal with Jehonadab the son of Rechab; and he said to the worshipers of Baal, "Search and see that there is here with you none of the servants of the LORD, but only the worshipers of Baal." Then they went in to offer sacrifices and burnt offerings. Now Jehu had stationed for himself eighty men outside, and he had said, "The one who permits any of the men whom I bring into your hands to escape shall give up his life in exchange." Then it came about, as soon as he had finished offering the burnt offering, that Jehu said to the guard and to the royal officers, "Go in, kill them; let none come out." And they killed them with the edge of the sword; and the guard and the royal officers threw them out, and went to the inner room of the house of Baal. They brought out the sacred pillars of the house of Baal and burned them. They also broke down the sacred pillar of Baal and broke down the house of Baal, and made it a latrine to this day. Thus Jehu eradicated Baal out of Israel.