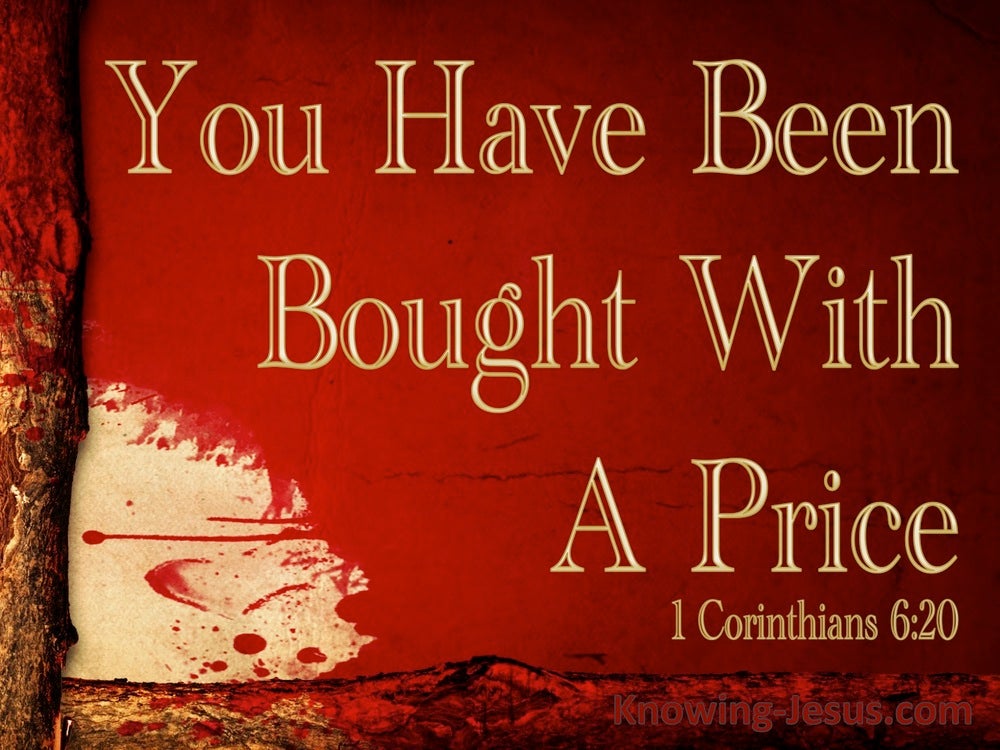 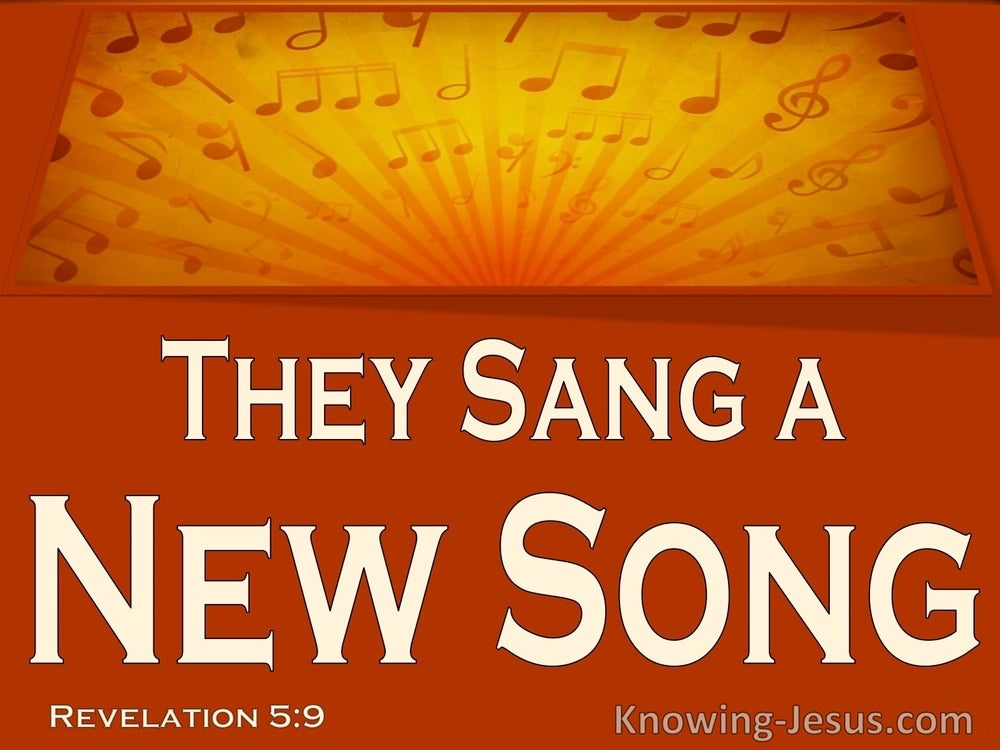 Ben-hadad said to him, “The cities which my father took from your father I will restore, and you shall make streets for yourself in Damascus, as my father made in Samaria.” Ahab said, “And I will let you go with this covenant.” So he made a covenant with him and let him go.

And were on many waters.
The grain of the Nile, the harvest of the River was her revenue;
And she was the market of nations.

They traded with you in choice garments, in clothes of blue and embroidered work, and in carpets of many colors and tightly wound cords, which were among your merchandise.

And He found in the temple those who were selling oxen and sheep and doves, and the money changers seated at their tables. And He made a scourge of cords, and drove them all out of the temple, with the sheep and the oxen; and He poured out the coins of the money changers and overturned their tables; and to those who were selling the doves He said, “Take these things away; stop making My Father’s house a place of business.”

So I bought her for myself for fifteen shekels of silver and a homer and a half of barley.

Now this was the custom in former times in Israel concerning the redemption and the exchange of land to confirm any matter: a man removed his sandal and gave it to another; and this was the manner of attestation in Israel.

“But to what shall I compare this generation? It is like children sitting in the market places, who call out to the other children, and say, ‘We played the flute for you, and you did not dance; we sang a dirge, and you did not mourn.’

And he went out about the third hour and saw others standing idle in the market place;

Eat anything that is sold in the meat market without asking questions for conscience’ sake;

But when her masters saw that their hope of profit was gone, they seized Paul and Silas and dragged them into the market place before the authorities,

Wherever He entered villages, or cities, or countryside, they were laying the sick in the market places, and imploring Him that they might just touch the fringe of His cloak; and as many as touched it were being cured.

Now while Paul was waiting for them at Athens, his spirit was being provoked within him as he was observing the city full of idols. So he was reasoning in the synagogue with the Jews and the God-fearing Gentiles, and in the market place every day with those who happened to be present.

A merchant, in whose hands are false balances,
He loves to oppress.

saying,
“When will the new moon be over,
So that we may sell grain,
And the sabbath, that we may open the wheat market,
To make the bushel smaller and the shekel bigger,
And to cheat with dishonest scales,

“Can I justify wicked scales
And a bag of deceptive weights?

and respectful greetings in the market places, and being called Rabbi by men.

In His teaching He was saying: “Beware of the scribes who like to walk around in long robes, and like respectful greetings in the market places,

“Beware of the scribes, who like to walk around in long robes, and love respectful greetings in the market places, and chief seats in the synagogues and places of honor at banquets,

and when they come from the market place, they do not eat unless they cleanse themselves; and there are many other things which they have received in order to observe, such as the washing of cups and pitchers and copper pots.)

Woe to you Pharisees! For you love the chief seats in the synagogues and the respectful greetings in the market places.

The crowd rose up together against them, and the chief magistrates tore their robes off them and proceeded to order them to be beaten with rods.

And Jesus entered the temple and drove out all those who were buying and selling in the temple, and overturned the tables of the money changers and the seats of those who were selling doves. And He *said to them, “It is written, ‘My house shall be called a house of prayer’; but you are making it a robbers’ den.”

Then they *came to Jerusalem. And He entered the temple and began to drive out those who were buying and selling in the temple, and overturned the tables of the money changers and the seats of those who were selling doves; and He would not permit anyone to carry merchandise through the temple. And He began to teach and say to them, “Is it not written, ‘My house shall be called a house of prayer for all the nations’? But you have made it a robbers’ den.”

Jesus entered the temple and began to drive out those who were selling, saying to them, “It is written, ‘And My house shall be a house of prayer,’ but you have made it a robbers’ den.”

“Wail, O inhabitants of the Mortar,
For all the people of Canaan will be silenced;
All who weigh out silver will be cut off.

“And the merchants of the earth weep and mourn over her, because no one buys their cargoes any more— cargoes of gold and silver and precious stones and pearls and fine linen and purple and silk and scarlet, and every kind of citron wood and every article of ivory and every article made from very costly wood and bronze and iron and marble, and cinnamon and spice and incense and perfume and frankincense and wine and olive oil and fine flour and wheat and cattle and sheep, and cargoes of horses and chariots and slaves and human lives.

Beside the gates, at the opening to the city,
At the entrance of the doors, she cries out:
“To you, O men, I call,
And my voice is to the sons of men.
“O naive ones, understand prudence;
And, O fools, understand wisdom.

“Come now, and let us reason together,”
Says the Lord,
“Though your sins are as scarlet,
They will be as white as snow;
Though they are red like crimson,
They will be like wool.

“Again, the kingdom of heaven is like a merchant seeking fine pearls, and upon finding one pearl of great value, he went and sold all that he had and bought it.

“Terror and dread fall upon them;
By the greatness of Your arm they are motionless as stone;
Until Your people pass over, O Lord,
Until the people pass over whom You have purchased.

Remember Your congregation, which You have purchased of old,
Which You have redeemed to be the tribe of Your inheritance;
And this Mount Zion, where You have dwelt.

For you have been bought with a price: therefore glorify God in your body.

1 Corinthians 7:23
Verse Concepts
The Law On SlaveryValuesGod, As RedeemerPrice Of People
Buying and sellingRansomRedemption, In Nt

You were bought with a price; do not become slaves of men.

But false prophets also arose among the people, just as there will also be false teachers among you, who will secretly introduce destructive heresies, even denying the Master who bought them, bringing swift destruction upon themselves.

And they *sang a new song, saying, “Worthy are You to take the book and to break its seals; for You were slain, and purchased for God with Your blood men from every tribe and tongue and people and nation.

But when the fullness of the time came, God sent forth His Son, born of a woman, born under the Law, so that He might redeem those who were under the Law, that we might receive the adoption as sons.

Christ redeemed us from the curse of the Law, having become a curse for us—for it is written, “Cursed is everyone who hangs on a tree”— in order that in Christ Jesus the blessing of Abraham might come to the Gentiles, so that we would receive the promise of the Spirit through faith.

And they *sang a new song before the throne and before the four living creatures and the elders; and no one could learn the song except the one hundred and forty-four thousand who had been purchased from the earth.

who gave Himself for us to redeem us from every lawless deed, and to purify for Himself a people for His own possession, zealous for good deeds.

making the most of your time, because the days are evil.

Conduct yourselves with wisdom toward outsiders, making the most of the opportunity.