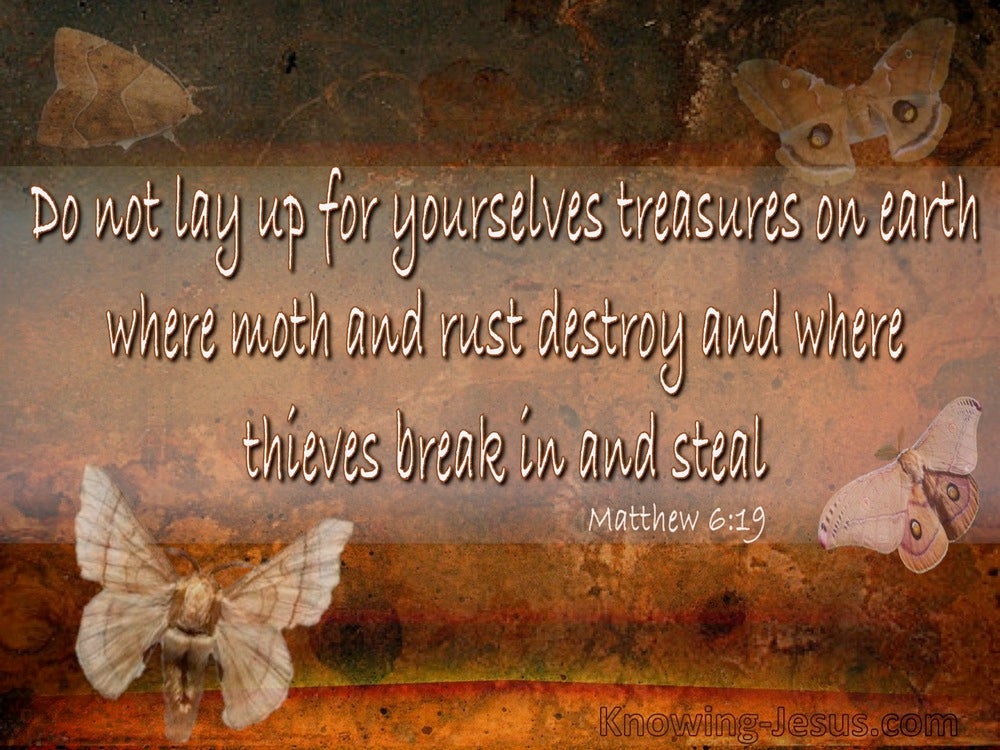 For which one of you, when he wants to build a tower, does not first sit down and calculate the cost to see if he has enough to complete it? Otherwise, when he has laid a foundation and is not able to finish, all who observe it begin to ridicule him, saying, ‘This man began to build and was not able to finish.’

Owe nothing to anyone except to love one another; for he who loves his neighbor has fulfilled the law.

He who is generous will be blessed,
For he gives some of his food to the poor.

Jesus said to him, “If you wish to be complete, go and sell your possessions and give to the poor, and you will have treasure in heaven; and come, follow Me.”

But whoever has the world’s goods, and sees his brother in need and closes his heart against him, how does the love of God abide in him?

Let Pharaoh take action to appoint overseers in charge of the land, and let him exact a fifth of the produce of the land of Egypt in the seven years of abundance. Then let them gather all the food of these good years that are coming, and store up the grain for food in the cities under Pharaoh’s authority, and let them guard it. Let the food become as a reserve for the land for the seven years of famine which will occur in the land of Egypt, so that the land will not perish during the famine.”

or he who exhorts, in his exhortation; he who gives, with liberality; he who leads, with diligence; he who shows mercy, with cheerfulness.

Now He was also saying to the disciples, “There was a rich man who had a manager, and this manager was reported to him as squandering his possessions. And he called him and said to him, ‘What is this I hear about you? Give an accounting of your management, for you can no longer be manager.’ The manager said to himself, ‘What shall I do, since my master is taking the management away from me? I am not strong enough to dig; I am ashamed to beg.read more.
I know what I shall do, so that when I am removed from the management people will welcome me into their homes.’ And he summoned each one of his master’s debtors, and he began saying to the first, ‘How much do you owe my master?’ And he said, ‘A hundred measures of oil.’ And he said to him, ‘Take your bill, and sit down quickly and write fifty.’ Then he said to another, ‘And how much do you owe?’ And he said, ‘A hundred measures of wheat.’ He *said to him, ‘Take your bill, and write eighty.’ And his master praised the unrighteous manager because he had acted shrewdly; for the sons of this age are more shrewd in relation to their own kind than the sons of light. And I say to you, make friends for yourselves by means of the wealth of unrighteousness, so that when it fails, they will receive you into the eternal dwellings. “He who is faithful in a very little thing is faithful also in much; and he who is unrighteous in a very little thing is unrighteous also in much. Therefore if you have not been faithful in the use of unrighteous wealth, who will entrust the true riches to you? And if you have not been faithful in the use of that which is another’s, who will give you that which is your own? No servant can serve two masters; for either he will hate the one and love the other, or else he will be devoted to one and despise the other. You cannot serve God and wealth.”