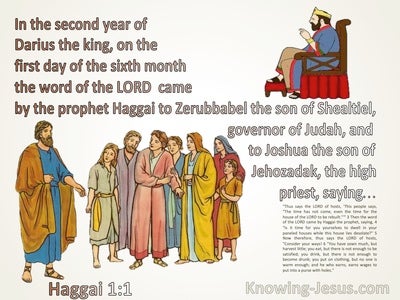 Do you not know that the unrighteous will not inherit the kingdom of God? Do not be deceived! The sexually immoral, idolaters, adulterers, passive homosexual partners, practicing homosexuals,

Marriage must be honored among all and the marriage bed kept undefiled, for God will judge sexually immoral people and adulterers.

envying, murder, drunkenness, carousing, and similar things. I am warning you, as I had warned you before: Those who practice such things will not inherit the kingdom of God!

"To what then should I compare the people of this generation, and what are they like?

Then the angel said to me, "Write the following: Blessed are those who are invited to the banquet at the wedding celebration of the Lamb!" He also said to me, "These are the true words of God."

For you can be confident of this one thing: that no person who is immoral, impure, or greedy (such a person is an idolater) has any inheritance in the kingdom of Christ and God.

For there are some eunuchs who were that way from birth, and some who were made eunuchs by others, and some who became eunuchs for the sake of the kingdom of heaven. The one who is able to accept this should accept it."

A noble wife is the crown of her husband, but the wife who acts shamefully is like rottenness in his bones.

She was permitted to be dressed in bright, clean, fine linen" (for the fine linen is the righteous deeds of the saints).

After these things I heard what sounded like the loud voice of a vast throng in heaven, saying, "Hallelujah! Salvation and glory and power belong to our God,

Then I heard what sounded like the voice of a vast throng, like the roar of many waters and like loud crashes of thunder. They were shouting: "Hallelujah! For the Lord our God, the All-Powerful, reigns!

On the first day of the sixth month of King Darius' second year, the Lord spoke this message through the prophet Haggai to Zerubbabel son of Shealtiel, governor of Judah, and to the high priest Joshua son of Jehozadak:

Now the works of the flesh are obvious: sexual immorality, impurity, depravity,

Rejoice and be glad because your reward is great in heaven, for they persecuted the prophets before you in the same way.

in the Transjordan, in the valley opposite Beth Peor, in the land of King Sihon of the Amorites, who lived in Heshbon. (It is he whom Moses and the Israelites attacked after they came out of Egypt.

because his judgments are true and just. For he has judged the great prostitute who corrupted the earth with her sexual immorality, and has avenged the blood of his servants poured out by her own hands!"

The twenty-four elders and the four living creatures threw themselves to the ground and worshiped God, who was seated on the throne, saying: "Amen! Hallelujah!"

When Jacob was told, "Your son Joseph has just come to you," Israel regained strength and sat up on his bed.

Then a second time the crowd shouted, "Hallelujah!" The smoke rises from her forever and ever.

Fools are placed in many positions of authority, while wealthy men sit in lowly positions.

The elders of the Jews continued building and prospering, while at the same time Haggai the prophet and Zechariah the son of Iddo continued prophesying. They built and brought it to completion by the command of the God of Israel and by the command of Cyrus and Darius and Artaxerxes king of Persia.

Then a voice came from the throne, saying: "Praise our God all you his servants, and all you who fear Him, both the small and the great!"

The plans of the righteous are just; the counsels of the wicked are deceitful.

Then Zerubbabel son of Shealtiel and the high priest Joshua son of Jehozadak, along with the whole remnant of the people, obeyed the Lord their God. They responded favorably to the message of the prophet Haggai, who spoke just as the Lord their God had instructed him, and the people began to respect the Lord.

Hanun and the residents of Zanoah worked on the Valley Gate. They rebuilt it and positioned its doors, its bolts, and its bars, in addition to working on fifteen hundred feet of the wall as far as the Dung Gate.