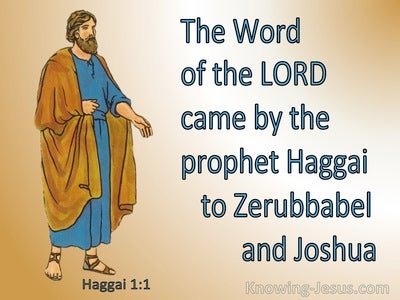 Now Joseph was the ruler of the country, the one who sold grain to all the people of the country. Joseph's brothers came and bowed down before him with their faces to the ground.

"See here," Pharaoh said to Joseph, "I place you in authority over all the land of Egypt."

So now, it is not you who sent me here, but God. He has made me an adviser to Pharaoh, lord over all his household, and ruler over all the land of Egypt.

Now King Nebuchadnezzar of Babylon appointed Gedaliah son of Ahikam, son of Shaphan, as governor over the people whom he allowed to remain in the land of Judah. All of the officers of the Judahite army and their troops heard that the king of Babylon had appointed Gedaliah to govern. So they came to Gedaliah at Mizpah. The officers who came were Ishmael son of Nethaniah, Johanan son of Kareah, Seraiah son of Tanhumeth the Netophathite, and Jaazaniah son of the Maacathite.

Now some of the officers of the Judean army and their troops had been hiding in the countryside. They heard that the king of Babylon had appointed Gedaliah son of Ahikam to govern the country. They also heard that he had been put in charge over the men, women, and children from the poorer classes of the land who had not been carried off into exile in Babylon.

Ishmael son of Nethaniah and the ten men who were with him stood up, pulled out their swords, and killed Gedaliah, the son of Ahikam and grandson of Shaphan. Thus Ishmael killed the man that the king of Babylon had appointed to govern the country.

King Cyrus of Persia entrusted them to Mithredath the treasurer, who counted them out to Sheshbazzar the leader of the Judahite exiles.

On the first day of the sixth month of King Darius' second year, the Lord spoke this message through the prophet Haggai to Zerubbabel son of Shealtiel, governor of Judah, and to the high priest Joshua son of Jehozadak:

"Ask the following questions to Zerubbabel son of Shealtiel, governor of Judah, the high priest Joshua son of Jehozadak, and the remnant of the people:

From the day that I was appointed governor in the land of Judah, that is, from the twentieth year until the thirty-second year of King Artaxerxes -- twelve years in all -- neither I nor my relatives ate the food allotted to the governor.

Then Nehemiah the governor, Ezra the priestly scribe, and the Levites who were imparting understanding to the people said to all of them, "This day is holy to the LORD your God. Do not mourn or weep." For all the people had been weeping when they heard the words of the law.

On the sealed documents were the following names: Nehemiah the governor, son of Hacaliah, along with Zedekiah,

But the former governors who preceded me had burdened the people and had taken food and wine from them, in addition to forty shekels of silver. Their associates were also domineering over the people. But I did not behave in this way, due to my fear of God.

At that time Tattenai governor of Trans-Euphrates, Shethar-Bozenai, and their colleagues came to them and asked, "Who gave you authority to rebuild this temple and to complete this structure?"

Ezra 8:36
Verse Concepts
Beyond The River

Then they presented the decrees of the king to the king's satraps and to the governors of Trans-Euphrates, who gave help to the people and to the temple of God.

I said to the king, "If the king is so inclined, let him give me letters for the governors of Trans-Euphrates that will enable me to travel safely until I reach Judah,

Nehemiah 3:7
Verse Concepts
Beyond The River
Human Authority, Nature Of

Adjacent to them worked Melatiah the Gibeonite and Jadon the Meronothite, who were men of Gibeon and Mizpah. These towns were under the jurisdiction of the governor of Trans-Euphrates.

To all the supervisors of the kingdom, the prefects, satraps, counselors, and governors it seemed like a good idea for a royal edict to be issued and an interdict to be enforced. For the next thirty days anyone who prays to any god or human other than you, O king, should be thrown into a den of lions.

It seemed like a good idea to Darius to appoint over the kingdom 120 satraps who would be in charge of the entire kingdom. Over them would be three supervisors, one of whom was Daniel. These satraps were accountable to them, so that the king's interests might not incur damage. Now this Daniel was distinguishing himself above the other supervisors and the satraps, for he had an extraordinary spirit. In fact, the king intended to appoint him over the entire kingdom.read more.
Consequently the supervisors and satraps were trying to find some pretext against Daniel in connection with administrative matters. But they were unable to find any such damaging evidence, because he was trustworthy and guilty of no negligence or corruption.

When Zebul, the city commissioner, heard the words of Gaal son of Ebed, he was furious.

Solomon had twelve district governors appointed throughout Israel who acquired supplies for the king and his palace. Each was responsible for one month in the year.

Geber son of Uri was in charge of the land of Gilead (the territory which had once belonged to King Sihon of the Amorites and to King Og of Bashan). He was sole governor of the area.

So the palace supervisor, the city commissioner, the leaders, and the guardians sent this message to Jehu, "We are your subjects! Whatever you say, we will do. We will not make anyone king. Do what you consider proper."

He brought all the priests from the cities of Judah and ruined the high places where the priests had offered sacrifices, from Geba to Beer Sheba. He tore down the high place of the goat idols situated at the entrance of the gate of Joshua, the city official, on the left side of the city gate.

besides what he collected from the merchants and traders. All the Arabian kings and the governors of the land also brought gold and silver to Solomon.

clothed in blue, governors and officials, all of them desirable young men, horsemen riding on horses.

Now in those days a decree went out from Caesar Augustus to register all the empire for taxes. This was the first registration, taken when Quirinius was governor of Syria.

They tied him up, led him away, and handed him over to Pilate the governor.

If this matter is heard before the governor, we will satisfy him and keep you out of trouble."

Then they watched him carefully and sent spies who pretended to be sincere. They wanted to take advantage of what he might say so that they could deliver him up to the authority and jurisdiction of the governor.

and provide mounts for Paul to ride so that he may be brought safely to Felix the governor."

After five days the high priest Ananias came down with some elders and an attorney named Tertullus, and they brought formal charges against Paul to the governor.

So the king got up, and with him the governor and Bernice and those sitting with them, and as they were leaving they said to one another, "This man is not doing anything deserving death or imprisonment." Agrippa said to Festus, "This man could have been released if he had not appealed to Caesar."

In Damascus, the governor under King Aretas was guarding the city of Damascus in order to arrest me,

And you will be brought before governors and kings because of me, as a witness to them and the Gentiles.

"You must watch out for yourselves. You will be handed over to councils and beaten in the synagogues. You will stand before governors and kings because of me, as a witness to them.

But before all this, they will seize you and persecute you, handing you over to the synagogues and prisons. You will be brought before kings and governors because of my name.

or to governors as those he commissions to punish wrongdoers and praise those who do good.

So Pharaoh said to Joseph, "Because God has enabled you to know all this, there is no one as wise and discerning as you are! You will oversee my household, and all my people will submit to your commands. Only I, the king, will be greater than you.

The district governors acquired supplies for King Solomon and all who ate in his royal palace. Each was responsible for one month in the year; they made sure nothing was lacking.

Ahab had seventy sons living in Samaria. So Jehu wrote letters and sent them to Samaria to the leading officials of Jezreel and to the guardians of Ahab's dynasty. This is what the letters said,

Then this Sheshbazzar went and laid the foundations of the temple of God in Jerusalem. From that time to the present moment it has been in the process of being rebuilt, although it is not yet finished.'

From the day that I was appointed governor in the land of Judah, that is, from the twentieth year until the thirty-second year of King Artaxerxes -- twelve years in all -- neither I nor my relatives ate the food allotted to the governor. But the former governors who preceded me had burdened the people and had taken food and wine from them, in addition to forty shekels of silver. Their associates were also domineering over the people. But I did not behave in this way, due to my fear of God.

So Pharaoh said to Joseph, "Because God has enabled you to know all this, there is no one as wise and discerning as you are!