41 Bible Verses about Beyond Jordan 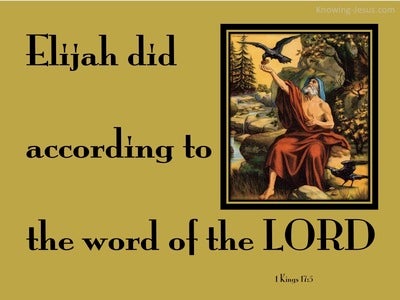 The Israelites traveled on and camped in the plains of Moab on the side of the Jordan River across from Jericho.

The two and a half tribes have received their inheritance on this side of the Jordan, east of Jericho, toward the sunrise."

These are the land assignments made by Moses on the plains of Moab east of the Jordan River opposite Jericho.

Deuteronomy 1:5
Verse Concepts
The Law Given Through Moses

So it was in the Transjordan, in Moab, that Moses began to deliver these words:

in the Transjordan, in the valley opposite Beth Peor, in the land of King Sihon of the Amorites, who lived in Heshbon. (It is he whom Moses and the Israelites attacked after they came out of Egypt.

They possessed his land and that of King Og of Bashan -- both of whom were Amorite kings in the Transjordan, to the east.

including all the Arabah of the Transjordan in the east to the sea of the Arabah, beneath the watershed of Pisgah.)

Joshua 13:8
Verse Concepts
Reuben Gad And Half Manasseh
Land, As A Divine Responsibility

The other half of Manasseh, Reuben, and Gad received their allotted tribal lands beyond the Jordan, just as Moses, the Lord's servant, had assigned them.

But the Levites will not have an allotted portion among you, for their inheritance is to serve the Lord. Gad, Reuben, and the half-tribe of Manasseh have already received their allotted land east of the Jordan which Moses the Lord's servant assigned them."

When all the Amorite kings on the west side of the Jordan and all the Canaanite kings along the seacoast heard how the Lord had dried up the water of the Jordan before the Israelites while they crossed, they lost their courage and could not even breathe for fear of the Israelites.

"Land of Zebulun and land of Naphtali, the way by the sea, beyond the Jordan, Galilee of the Gentiles --

This is what Moses said to the assembly of Israel in the Transjordanian wastelands, the arid country opposite Suph, between Paran and Tophel, Laban, Hazeroth, and Di Zahab

Now these are the kings of the land whom the Israelites defeated and drove from their land on the east side of the Jordan, from the Arnon Valley to Mount Hermon, including all the eastern Arabah:

Now Moses had assigned land to the two-and-a-half tribes east of the Jordan, but he assigned no land to the Levites.

Your wives, children and cattle may stay in the land that Moses assigned to you east of the Jordan River. But all you warriors must cross over armed for battle ahead of your brothers. You must help them

until the Lord gives your brothers a place like yours to settle and they conquer the land the Lord your God is ready to hand over to them. Then you may go back to your allotted land and occupy the land Moses the Lord's servant assigned you east of the Jordan."

Now the Lord your God has made your fellow Israelites secure, just as he promised them. So now you may turn around and go to your homes in your own land which Moses the Lord's servant assigned to you east of the Jordan.

When the men of Israel who were in the valley and across the Jordan saw that the men of Israel had fled and that Saul and his sons were dead, they abandoned the cities and fled. The Philistines came and occupied them.

Manasseh was allotted ten shares of land, in addition to the land of Gilead and Bashan east of the Jordan,

Let me please cross over to see the good land on the other side of the Jordan River -- this good hill country and the Lebanon!"

Then Moses selected three cities in the Transjordan, toward the east.

Are they not across the Jordan River, toward the west, in the land of the Canaanites who live in the Arabah opposite Gilgal near the oak of Moreh?

These are the kings of the land whom Joshua and the Israelites defeated on the west side of the Jordan, from Baal Gad in the Lebanon Valley to Mount Halak on up to Seir. Joshua assigned this territory to the Israelite tribes,

Joshua 22:7
Verse Concepts
Half Of Districts

(Now to one half-tribe of Manasseh, Moses had assigned land in Bashan; and to the other half Joshua had assigned land on the west side of the Jordan with their fellow Israelites.) When Joshua sent them home, he rewarded them,

Gilead stayed put beyond the Jordan River. As for Dan -- why did he seek temporary employment in the shipyards? Asher remained on the seacoast, he stayed by his harbors.

When the news reached all the kings on the west side of the Jordan -- in the hill country, the lowlands, and all along the Mediterranean coast as far as Lebanon (including the Hittites, Amorites, Canaanites, Perizzites, Hivites, and Jebusites) --

"Leave here and travel eastward. Hide out in the Kerith Valley near the Jordan.

So he did as the Lord told him; he went and lived in the Kerith Valley near the Jordan.

He conquered all the land of Gilead, including the territory of Gad, Reuben, and Manasseh, extending all the way from the Aroer in the Arnon Valley through Gilead to Bashan.

When they came to the threshing floor of Atad on the other side of the Jordan, they mourned there with very great and bitter sorrow. There Joseph observed a seven day period of mourning for his father.

When the Canaanites who lived in the land saw them mourning at the threshing floor of Atad, they said, "This is a very sad occasion for the Egyptians." That is why its name was called Abel Mizraim, which is beyond the Jordan.

And large crowds followed him from Galilee, the Decapolis, Jerusalem, Judea, and beyond the Jordan River.

Jerusalem, Idumea, beyond the Jordan River, and around Tyre and Sidon a great multitude came to him when they heard about the things he had done.

Now when Jesus finished these sayings, he left Galilee and went to the region of Judea beyond the Jordan River.

Then Jesus left that place and went to the region of Judea and beyond the Jordan River. Again crowds gathered to him, and again, as was his custom, he taught them.

These things happened in Bethany across the Jordan River where John was baptizing.

So they came to John and said to him, "Rabbi, the one who was with you on the other side of the Jordan River, about whom you testified -- see, he is baptizing, and everyone is flocking to him!"