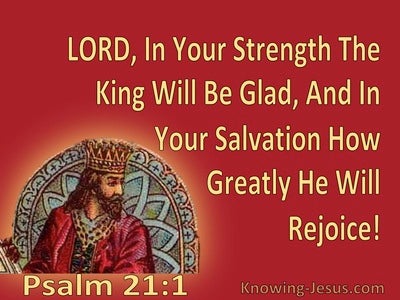 and hast set the mitre on his head, and hast put the holy crown on the mitre,

And these are the garments which they make: a breastplate, and an ephod, and an upper robe, and an embroidered coat, a mitre, and a girdle; yea, they have made holy garments for Aaron thy brother, and for his sons, for his being priest to Me.

and doth put the mitre on his head, and doth put on the mitre, over-against its front, the golden flower of the holy crown, as Jehovah hath commanded Moses.

And thou, wounded, wicked one, Prince of Israel, whose day hath come, In the time of the iniquity of the end! Thus said the Lord Jehovah: Turn aside the mitre, and bear away the crown, This -- not this -- the low make high, And the high make low.

And I stand over him, and put him to death, for I knew that he doth not live after his falling, and I take the crown which is on his head, and the bracelet which is on his arm, and bring them in unto my lord hither.'

and he bringeth out the son of the king, and putteth on him the crown, and the testimony, and they make him king, and anoint him, and smite the hand, and say, 'Let the king live.'

And they bring out the son of the king, and put upon him the crown, and the testimony, and cause him to reign; and Jehoiada and his sons anoint him, and say, 'Let the king live!'

To the Overseer. -- A Psalm of David. Jehovah, in Thy strength is the king joyful, In Thy salvation how greatly he rejoiceth. The desire of his heart Thou gavest to him, And the request of his lips Thou hast not withheld. Selah. For Thou puttest before him blessings of goodness, Thou settest on his head a crown of fine gold.

And I saw, and lo, a white cloud, and upon the cloud one sitting like to a son of man, having upon his head a golden crown, and in his hand a sharp sickle;

and a helmet of brass is on his head, and with a scaled coat of mail he is clothed, and the weight of the coat of mail is five thousand shekels of brass,

And Uzziah prepareth for them, for all the host, shields, and spears, and helmets, and coats of mail, and bows, even to stones of the slings.

Girded with a girdle on their loins, Dyed attire spread out on their heads, The appearance of rulers -- all of them, The likeness of sons of Babylon, Chaldea is the land of their birth.

Persian and Lud and Phut Have been in thy forces -- thy men of war. Shield and helmet they hung up in thee, They -- they have given out thine honour.

Persia, Cush, and Phut, with them, All of them with shield and helmet.

Cease to groan, for the dead thou dost make no mourning, thy bonnet bind on thee, and thy shoes thou dost put on thy feet, and thou dost not cover over the upper lip, and bread of men thou dost not eat.'

Every man praying or prophesying, having the head covered, doth dishonour his head, and every woman praying or prophesying with the head uncovered, doth dishonour her own head, for it is one and the same thing with her being shaven, for if a woman is not covered -- then let her be shorn, and if it is a shame for a woman to be shorn or shaven -- let her be covered;read more.
for a man, indeed, ought not to cover the head, being the image and glory of God, and a woman is the glory of a man,

Righteousness I have put on, and it clotheth me, As a robe and a diadem my justice.

and the helmet of the salvation receive, and the sword of the Spirit, which is the saying of God,