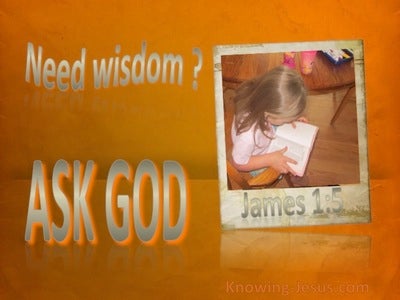 Proverbs 6:32
Verse Concepts
Adultery In The ChurchAdulteryInfidelityAdulterers
Adultery and DivorceLack Of DiscernmentImmorality, Nature Of Sexual

The one who commits adultery with a woman is lacking sense;
He who would destroy himself does it.

For there was not a needy person among them, for all who were owners of land or houses would sell them and bring the proceeds of the sales

May it fall on the head of Joab and on all his father’s house; and may there not fail from the house of Joab one who has a discharge, or who is a leper, or who takes hold of a distaff, or who falls by the sword, or who lacks bread.”

and when I was present with you and was in need, I was not a burden to anyone; for when the brethren came from Macedonia they fully supplied my need, and in everything I kept myself from being a burden to you, and will continue to do so.

1 Samuel 30:19
Verse Concepts
No LossMissing Someone
Being Lost

But nothing of theirs was missing, whether small or great, sons or daughters, spoil or anything that they had taken for themselves; David brought it all back.

Philippians 2:30
Verse Concepts
RiskingLove, For One Another
Generosity, Used Towards

because he came close to death for the work of Christ, risking his life to complete what was deficient in your service to me.

When Jesus heard this, He said to him, “One thing you still lack; sell all that you possess and distribute it to the poor, and you shall have treasure in heaven; and come, follow Me.”

But if any of you lacks wisdom, let him ask of God, who gives to all generously and without reproach, and it will be given to him.

For he who lacks these qualities is blind or short-sighted, having forgotten his purification from his former sins.

Then the sons of Israel, the whole congregation, came to the wilderness of Zin in the first month; and the people stayed at Kadesh. Now Miriam died there and was buried there. There was no water for the congregation, and they assembled themselves against Moses and Aaron. The people thus contended with Moses and spoke, saying, "If only we had perished when our brothers perished before the LORD! read more.
"Why then have you brought the LORD'S assembly into this wilderness, for us and our beasts to die here? "Why have you made us come up from Egypt, to bring us in to this wretched place? It is not a place of grain or figs or vines or pomegranates, nor is there water to drink." Then Moses and Aaron came in from the presence of the assembly to the doorway of the tent of meeting and fell on their faces. Then the glory of the LORD appeared to them; and the LORD spoke to Moses, saying, "Take the rod; and you and your brother Aaron assemble the congregation and speak to the rock before their eyes, that it may yield its water. You shall thus bring forth water for them out of the rock and let the congregation and their beasts drink." So Moses took the rod from before the LORD, just as He had commanded him; and Moses and Aaron gathered the assembly before the rock. And he said to them, "Listen now, you rebels; shall we bring forth water for you out of this rock?" Then Moses lifted up his hand and struck the rock twice with his rod; and water came forth abundantly, and the congregation and their beasts drank. But the LORD said to Moses and Aaron, "Because you have not believed Me, to treat Me as holy in the sight of the sons of Israel, therefore you shall not bring this assembly into the land which I have given them." Those were the waters of Meribah, because the sons of Israel contended with the LORD, and He proved Himself holy among them.

Lack Of A Proper Burial

Therefore thus says the Lord in regard to

Deuteronomy 1:39
Verse Concepts
Lack Of DiscernmentImmaturityInexperienceAge Of Accountability
Knowing Right And WrongRules About Young PeopleThose Who Were IgnorantBabies Going To Heaven

Then the Lord said,

“When brothers live together and one of them dies and has no son, the wife of the deceased shall not be married outside the family to a strange man.