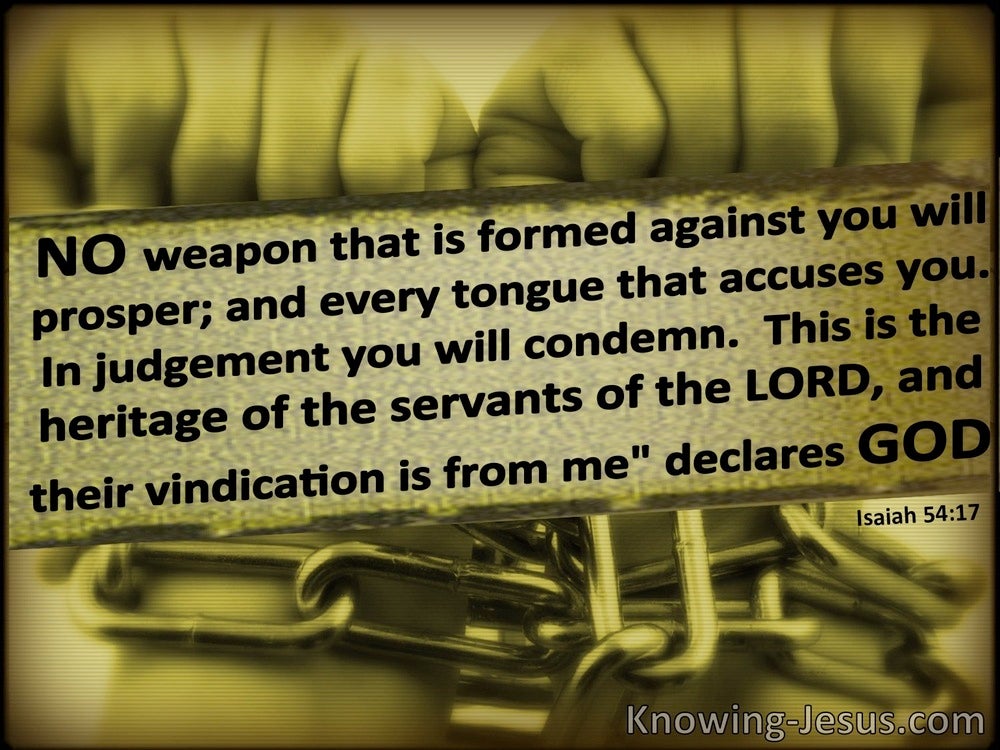 As for the idol, a craftsman casts it,
A goldsmith plates it with gold,
And a silversmith fashions chains of silver.

Each one helps his neighbor
And says to his brother, “Be strong!”
So the craftsman encourages the smelter,
And he who smooths metal with the hammer encourages him who beats the anvil,
Saying of the soldering, “It is good”;
And he fastens it with nails,
So that it will not totter.

But they are altogether stupid and foolish
In their discipline of delusion—their idol is wood!
Beaten silver is brought from Tarshish,
And gold from Uphaz,
The work of a craftsman and of the hands of a goldsmith;
Violet and purple are their clothing;
They are all the work of skilled men.
But the Lord is the true God;
He is the living God and the everlasting King.
At His wrath the earth quakes,
And the nations cannot endure His indignation.

All mankind is stupid, devoid of knowledge;
Every goldsmith is put to shame by his idols,
For his molten images are deceitful,
And there is no breath in them.
They are worthless, a work of mockery;
In the time of their punishment they will perish.

Next to him Uzziel the son of Harhaiah of the goldsmiths made repairs. And next to him Hananiah, one of the perfumers, made repairs, and they restored Jerusalem as far as the Broad Wall.

About that time there occurred no small disturbance concerning the Way. For a man named Demetrius, a silversmith, who made silver shrines of Artemis, was bringing no little business to the craftsmen; these he gathered together with the workmen of similar trades, and said, “Men, you know that our prosperity depends upon this business.read more.
You see and hear that not only in Ephesus, but in almost all of Asia, this Paul has persuaded and turned away a considerable number of people, saying that gods made with hands are no gods at all. Not only is there danger that this trade of ours fall into disrepute, but also that the temple of the great goddess Artemis be regarded as worthless and that she whom all of Asia and the world worship will even be dethroned from her magnificence.” When they heard this and were filled with rage, they began crying out, saying, “Great is Artemis of the Ephesians!” The city was filled with the confusion, and they rushed with one accord into the theater, dragging along Gaius and Aristarchus, Paul’s traveling companions from Macedonia. And when Paul wanted to go into the assembly, the disciples would not let him. Also some of the Asiarchs who were friends of his sent to him and repeatedly urged him not to venture into the theater. So then, some were shouting one thing and some another, for the assembly was in confusion and the majority did not know for what reason they had come together. Some of the crowd concluded it was Alexander, since the Jews had put him forward; and having motioned with his hand, Alexander was intending to make a defense to the assembly. But when they recognized that he was a Jew, a single outcry arose from them all as they shouted for about two hours, “Great is Artemis of the Ephesians!” After quieting the crowd, the town clerk *said, “Men of Ephesus, what man is there after all who does not know that the city of the Ephesians is guardian of the temple of the great Artemis and of the image which fell down from heaven? So, since these are undeniable facts, you ought to keep calm and to do nothing rash. For you have brought these men here who are neither robbers of temples nor blasphemers of our goddess. So then, if Demetrius and the craftsmen who are with him have a complaint against any man, the courts are in session and proconsuls are available; let them bring charges against one another. But if you want anything beyond this, it shall be settled in the lawful assembly. For indeed we are in danger of being accused of a riot in connection with today’s events, since there is no real cause for it, and in this connection we will be unable to account for this disorderly gathering.” After saying this he dismissed the assembly.

Take away the dross from the silver,
And there comes out a vessel for the smith;

Those who fashion a graven image are all of them futile, and their precious things are of no profit; even their own witnesses fail to see or know, so that they will be put to shame. Who has fashioned a god or cast an idol to no profit? Behold, all his companions will be put to shame, for the craftsmen themselves are mere men. Let them all assemble themselves, let them stand up, let them tremble, let them together be put to shame.read more.
The man shapes iron into a cutting tool and does his work over the coals, fashioning it with hammers and working it with his strong arm. He also gets hungry and his strength fails; he drinks no water and becomes weary.

“Behold, I Myself have created the smith who blows the fire of coals
And brings out a weapon for its work;
And I have created the destroyer to ruin.
“No weapon that is formed against you will prosper;
And every tongue that accuses you in judgment you will condemn.
This is the heritage of the servants of the Lord,
And their vindication is from Me,” declares the Lord.

Now no blacksmith could be found in all the land of Israel, for the Philistines said, “Otherwise the Hebrews will make swords or spears.”

They have set up kings, but not by Me;
They have appointed princes, but I did not know it.
With their silver and gold they have made idols for themselves,
That they might be cut off.
He has rejected your calf, O Samaria, saying,
“My anger burns against them!”
How long will they be incapable of innocence?
For from Israel is even this!
A craftsman made it, so it is not God;
Surely the calf of Samaria will be broken to pieces.

Alexander the coppersmith did me much harm; the Lord will repay him according to his deeds. Be on guard against him yourself, for he vigorously opposed our teaching.

Then Moses said to the sons of Israel, “See, the Lord has called by name Bezalel the son of Uri, the son of Hur, of the tribe of Judah. And He has filled him with the Spirit of God, in wisdom, in understanding and in knowledge and in all craftsmanship; to make designs for working in gold and in silver and in bronze,read more.
and in the cutting of stones for settings and in the carving of wood, so as to perform in every inventive work. He also has put in his heart to teach, both he and Oholiab, the son of Ahisamach, of the tribe of Dan. He has filled them with skill to perform every work of an engraver and of a designer and of an embroiderer, in blue and in purple and in scarlet material, and in fine linen, and of a weaver, as performers of every work and makers of designs. “Now Bezalel and Oholiab, and every skillful person in whom the Lord has put skill and understanding to know how to perform all the work in the construction of the sanctuary, shall perform in accordance with all that the Lord has commanded.”

Now behold, with great pains I have prepared for the house of the Lord 100,000 talents of gold and 1,000,000 talents of silver, and bronze and iron beyond weight, for they are in great quantity; also timber and stone I have prepared, and you may add to them. Moreover, there are many workmen with you, stonecutters and masons of stone and carpenters, and all men who are skillful in every kind of work. Of the gold, the silver and the bronze and the iron there is no limit. Arise and work, and may the Lord be with you.”