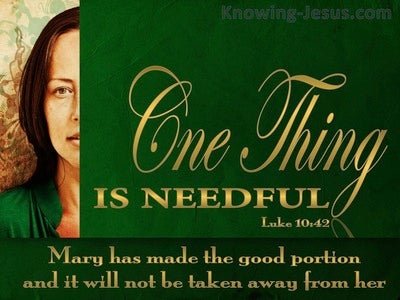 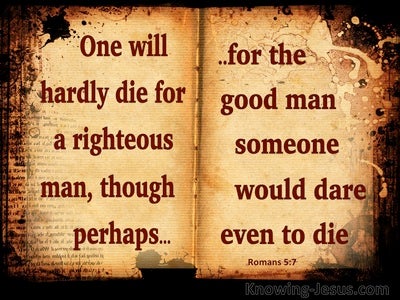 For although, considering the long time you have been believers, you ought now to be teachers of others, you really need some one to teach you over again the very rudiments of the truths of God, and you have come to require milk instead of solid food.

John protested. "It is I," he said, "who have need to be baptized by you, and do you come to me?"

Luke 10:42
Verse Concepts
Doing The Right ThingBeauty And Self Worth
Half Of Things

and yet only one thing is really necessary. Mary has chosen the good portion and she shall not be deprived of it."

Do not, however, imitate them; for your Father knows what things you need before ever you ask Him.

Nor has the city any need of the sun or of the moon, to give it light; for the glory of God has shone upon it and its lamp is the Lamb.

At last, when he had spent everything, there came a terrible famine throughout that country, and he began to feel the pinch of want.

For the service rendered in this sacred gift not only helps to relieve the wants of God's people, but it is also rich in its results and awakens a chorus of thanksgiving to God.

I do not refer to this through fear of privation, for (for my part) I know both how to live in humble circumstances and how to live amid abundance. I am fully initiated into all the mysteries both of fulness and of hunger, of abundance and of want.

And whoever gives one of these little ones even a cup of cold water to drink because he is a disciple, I solemnly tell you that he will not lose his reward."

By this time it was late; so His disciples came to Him, and said, "This is a lonely place, and the hour is now late: send them away that they may go to the farms and villages near here and buy themselves something to eat." "Give them food yourselves," He replied. "Are we," they asked, "to go and buy two hundred shillings' worth of bread and give them food?"read more.
"How many loaves have you?" He inquired; "go and see." So they found out, and said, "Five; and a couple of fish." So He directed them to make all sit down in companies on the green grass. And they sat down in rows of hundreds and of fifties. Then He took the five loaves and the two fish, and lifting His eyes to Heaven He blessed the food. Then He broke the loaves into portions which He went on handing to the disciples to distribute; giving pieces also of the two fish to them all. All ate and were fully satisfied. And they carried away broken portions enough to fill twelve baskets, besides pieces of the fish.

And a woman who for twelve years had been afflicted with haemorrhage--and had spent on doctors all she had, but none of them had been able to cure her-- came close behind Him and touched the tassel of His robe; and instantly her flow of blood stopped. "Who is it touched me?" Jesus asked. And when all denied having done so, Peter and the rest said, "Rabbi, the crowds are hemming you in and pressing on you."read more.
"Some one has touched me," Jesus replied, "for I feel that power has gone out from me." Then the woman, perceiving that she had not escaped notice, came trembling, and throwing herself down at His feet she stated before all the people the reason why she had touched Him and how she was instantly cured. "Daughter," said He, "your faith has cured you; go, and be at peace."

For already, while we were still helpless, Christ at the right moment died for the ungodly. Why, it is scarcely conceivable that any one would die for a simply just man, although for a good and lovable man perhaps some one, here and there, will have the courage even to lay down his life. But God gives proof of His love to us in Christ's dying for us while we were still sinners.

Honour widows who are really in need. But if a widow has children or grandchildren, let these learn first to show piety towards their own homes and to prove their gratitude to their parents; for this is well pleasing in the sight of God. A widow who is really in need, friendless and desolate, has her hopes fixed on God, and continues at her supplications and prayers, night and day;read more.
but a pleasure-loving widow is dead even while still alive. Press these facts upon them, so that they may live lives free from reproach. But if a man makes no provision for those dependent on him, and especially for his own family, he has disowned the faith and is behaving worse than an unbeliever.

and if we have food and clothing, with these we will be satisfied.

saying to them, "Go to the village you see facing you, and as you enter it you will find a she-ass tied up and a foal with her. Untie her and bring them to me.

And you, fathers, do not irritate your children, but bring them up tenderly with true Christian training and advice.

Your adornment ought not to be a merely outward thing--one of plaiting the hair, putting on jewelry, or wearing beautiful dresses.

Comfort, Those In Need

2 Corinthians 2:6
Verse Concepts
discipline, divineComfort, Those In Need
Dealing With Many Peoplerebuking

In the case of such a person the punishment which was inflicted by the majority of you is enough.

But my God--so great is His wealth of glory in Christ Jesus--will fully supply every need of yours.

For this is God's will--your purity of life, that you abstain from fornication;

Helping Others In Need

Helping Those In Need

"All of these," said the young man, "I have carefully kept. What do I still lack?"

The Need For Mercy

The Need To Love Christ

The Need To Love God