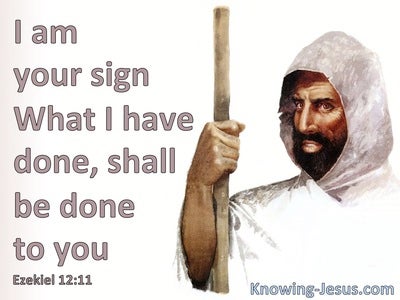 So Balaam said to Balak, “Behold, I have come now to you! Am I able to speak anything at all? The word that God puts in my mouth, that I shall speak.”

Balaam replied to the servants of Balak, “Though Balak were to give me his house full of silver and gold, I could not do anything, either small or great, contrary to the command of the Lord my God. Now please, you also stay here tonight, and I will find out what else the Lord will speak to me.”

Then Balak said to Balaam, “What have you done to me? I took you to curse my enemies, but behold, you have actually blessed them!” He replied, “Must I not be careful to speak what the Lord puts in my mouth?”

Balaam said to Balak, “Did I not tell your messengers whom you had sent to me, saying, ‘Though Balak were to give me his house full of silver and gold, I could not do anything contrary to the command of the Lord, either good or bad, of my own accord. What the Lord speaks, that I will speak’?

And Balaam lifted up his eyes and saw Israel camping tribe by tribe; and the Spirit of God came upon him. He took up his discourse and said,
“The oracle of Balaam the son of Beor,
And the oracle of the man whose eye is opened;
The oracle of him who hears the words of God,
Who sees the vision of the Almighty,
Falling down, yet having his eyes uncovered,

Then Balaam said to Balak, “Stand beside your burnt offering, and I will go; perhaps the Lord will come to meet me, and whatever He shows me I will tell you.” So he went to a bare hill. Now God met Balaam, and he said to Him, “I have set up the seven altars, and I have offered up a bull and a ram on each altar.” Then the Lord put a word in Balaam’s mouth and said, “Return to Balak, and you shall speak thus.”

He took up his discourse and said,
“The oracle of Balaam the son of Beor,
And the oracle of the man whose eye is opened,
The oracle of him who hears the words of God,
And knows the knowledge of the Most High,
Who sees the vision of the Almighty,
Falling down, yet having his eyes uncovered.

So he returned to him, and behold, he was standing beside his burnt offering, he and all the leaders of Moab. He took up his discourse and said,
“From Aram Balak has brought me,
Moab’s king from the mountains of the East,
‘Come curse Jacob for me,
And come, denounce Israel!’
“How shall I curse whom God has not cursed?
And how can I denounce whom the Lord has not denounced?
read more.
“As I see him from the top of the rocks,
And I look at him from the hills;
Behold, a people who dwells apart,
And will not be reckoned among the nations.
“Who can count the dust of Jacob,
Or number the fourth part of Israel?
Let me die the death of the upright,
And let my end be like his!”

Then he took up his discourse and said,
“Arise, O Balak, and hear;
Give ear to me, O son of Zippor!
“God is not a man, that He should lie,
Nor a son of man, that He should repent;
Has He said, and will He not do it?
Or has He spoken, and will He not make it good?
“Behold, I have received a command to bless;
When He has blessed, then I cannot revoke it.
read more.
“He has not observed misfortune in Jacob;
Nor has He seen trouble in Israel;
The Lord his God is with him,
And the shout of a king is among them.
“God brings them out of Egypt,
He is for them like the horns of the wild ox.
“For there is no omen against Jacob,
Nor is there any divination against Israel;
At the proper time it shall be said to Jacob
And to Israel, what God has done!
“Behold, a people rises like a lioness,
And as a lion it lifts itself;
It will not lie down until it devours the prey,
And drinks the blood of the slain.”

And Balaam lifted up his eyes and saw Israel camping tribe by tribe; and the Spirit of God came upon him. He took up his discourse and said,
“The oracle of Balaam the son of Beor,
And the oracle of the man whose eye is opened;
The oracle of him who hears the words of God,
Who sees the vision of the Almighty,
Falling down, yet having his eyes uncovered,
read more.
How fair are your tents, O Jacob,
Your dwellings, O Israel!
“Like valleys that stretch out,
Like gardens beside the river,
Like aloes planted by the Lord,
Like cedars beside the waters.
“Water will flow from his buckets,
And his seed will be by many waters,
And his king shall be higher than Agag,
And his kingdom shall be exalted.
“God brings him out of Egypt,
He is for him like the horns of the wild ox.
He will devour the nations who are his adversaries,
And will crush their bones in pieces,
And shatter them with his arrows.
“He couches, he lies down as a lion,
And as a lion, who dares rouse him?
Blessed is everyone who blesses you,
And cursed is everyone who curses you.”

The oracle of the word of the Lord to Israel through Malachi.

The oracle concerning Babylon which Isaiah the son of Amoz saw.

In the year that King Ahaz died this oracle came:

The oracle concerning the wilderness of the sea.
As windstorms in the Negev sweep on,
It comes from the wilderness, from a terrifying land.
A harsh vision has been shown to me;
The treacherous one still deals treacherously, and the destroyer still destroys.
Go up, Elam, lay siege, Media;
I have made an end of all the groaning she has caused.
For this reason my loins are full of anguish;
Pains have seized me like the pains of a woman in labor.
I am so bewildered I cannot hear, so terrified I cannot see.
read more.
My mind reels, horror overwhelms me;
The twilight I longed for has been turned for me into trembling.
They set the table, they spread out the cloth, they eat, they drink;
“Rise up, captains, oil the shields,”
For thus the Lord says to me,
“Go, station the lookout, let him report what he sees.
“When he sees riders, horsemen in pairs,
A train of donkeys, a train of camels,
Let him pay close attention, very close attention.”
Then the lookout called,
“O Lord, I stand continually by day on the watchtower,
And I am stationed every night at my guard post.
“Now behold, here comes a troop of riders, horsemen in pairs.”
And one said, “Fallen, fallen is Babylon;
And all the images of her gods are shattered on the ground.”
O my threshed people, and my afflicted of the threshing floor!
What I have heard from the Lord of hosts,
The God of Israel, I make known to you. The oracle concerning Edom.
One keeps calling to me from Seir,
“Watchman, how far gone is the night?
Watchman, how far gone is the night?”
The watchman says,
“Morning comes but also night.
If you would inquire, inquire;
Come back again.” The oracle about Arabia.
In the thickets of Arabia you must spend the night,
O caravans of Dedanites.
Bring water for the thirsty,
O inhabitants of the land of Tema,
Meet the fugitive with bread.
For they have fled from the swords,
From the drawn sword, and from the bent bow
And from the press of battle. For thus the Lord said to me, “In a year, as a hired man would count it, all the splendor of Kedar will terminate; and the remainder of the number of bowmen, the mighty men of the sons of Kedar, will be few; for the Lord God of Israel has spoken.”

The oracle concerning the beasts of the Negev.
Through a land of distress and anguish,
From where come lioness and lion, viper and flying serpent,
They carry their riches on the backs of young donkeys
And their treasures on camels’ humps,
To a people who cannot profit them;
Even Egypt, whose help is vain and empty.
Therefore, I have called her
“Rahab who has been exterminated.”
Now go, write it on a tablet before them
And inscribe it on a scroll,
That it may serve in the time to come
As a witness forever.
read more.
For this is a rebellious people, false sons,
Sons who refuse to listen
To the instruction of the Lord;
Who say to the seers, “You must not see visions”;
And to the prophets, “You must not prophesy to us what is right,
Speak to us pleasant words,
Prophesy illusions.
“Get out of the way, turn aside from the path,
Let us hear no more about the Holy One of Israel.”

I did so, as I had been commanded. By day I brought out my baggage like the baggage of an exile. Then in the evening I dug through the wall with my hands; I went out in the dark and carried the baggage on my shoulder in their sight. In the morning the word of the Lord came to me, saying, “Son of man, has not the house of Israel, the rebellious house, said to you, ‘What are you doing?’read more.
Say to them, ‘Thus says the Lord God, “This burden concerns the prince in Jerusalem as well as all the house of Israel who are in it.”’ Say, ‘I am a sign to you. As I have done, so it will be done to them; they will go into exile, into captivity.’

The oracle of Nineveh. The book of the vision of Nahum the Elkoshite.

A divine decision is in the lips of the king;
His mouth should not err in judgment.

Psalm 36:1
Verse Concepts
No Fear Of GodSin, Universality OfNature Of The Heart
AgnosticismIrreverenceReverence, And Social Behaviour

For the choir director. A Psalm of David the servant of the Lord.
Transgression speaks to the ungodly within his heart;
There is no fear of God before his eyes.

Now these are the last words of David.
David the son of Jesse declares,
The man who was raised on high declares,
The anointed of the God of Jacob,
And the sweet psalmist of Israel,
“The Spirit of the Lord spoke by me,
And His word was on my tongue.
“The God of Israel said,
The Rock of Israel spoke to me,
‘He who rules over men righteously,
Who rules in the fear of God,
read more.
Is as the light of the morning when the sun rises,
A morning without clouds,
When the tender grass springs out of the earth,
Through sunshine after rain.’

Names » Of the word of God » Oracles

Names » Of the word of God » Oracles

Deuteronomy 31:26
Verse Concepts
Book of the LawThings As Witnesses
The Law Given To Israel

“Take this book of the law and place it beside the ark of the covenant of the Lord your God, that it may

So Balaam said to Balak, “Behold, I have come now to you!