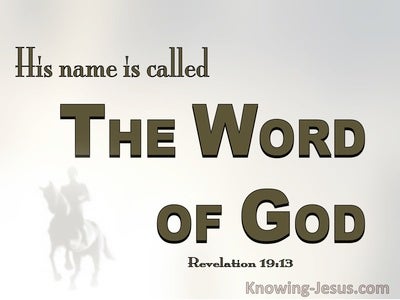 Then said he to them, 'But, now, he who is having a bag, let him take it up, and in like manner also a scrip; and he who is not having, let him sell his garment, and buy a sword,

they said, therefore, to one another, 'We may not rend it, but cast a lot for it, whose it shall be;' that the Writing might be fulfilled, that is saying, 'They divided my garments to themselves, and upon my raiment they did cast a lot;' the soldiers, therefore, indeed, did these things.

Who hath uncovered the face of his clothing? Within his double bridle who doth enter?

and thou hast bathed, and anointed thyself, and put thy garments upon thee, and gone down to the threshing-floor; let not thyself be known to the man till he complete to eat and to drink;

When one layeth hold on his brother, Of the house of his father, by the garment, 'Come, a ruler thou art to us, And this ruin is under thy hand.'

He lifteth up, in that day, saying: 'I am not a binder up, And in my house is neither bread nor garment, Ye do not make me a ruler of the people.'

and I see among the spoil a goodly robe of Shinar, and two hundred shekels of silver, and one wedge of gold, whose weight is fifty shekels, and I desire them, and take them; and lo, they are hid in the earth, in the midst of my tent, and the silver under it.'

1 Kings 19:13
Verse Concepts
MantlesCloaks
What Do You Do?

and it cometh to pass, at Elijah's hearing it, that he wrappeth his face in his robe, and goeth out, and standeth at the opening of the cave, and lo, unto him is a voice, and it saith, 'What -- to thee, here, Elijah?'

And he goeth thence, and findeth Elisha son of Shaphat, and he is plowing; twelve yoke are before him, and he is with the twelfth; and Elijah passeth over unto him, and casteth his robe upon him,

And Elijah taketh his robe, and wrappeth it together, and smiteth the waters, and they are halved, hither and thither, and they pass over both of them on dry land.

seeing the word doth come unto the king of Nineveh, and he riseth from his throne, and removeth his honourable robe from off him, and spreadeth out sackcloth, and sitteth on the ashes,

and whoever is willing to take thee to law, and thy coat to take -- suffer to him also the cloak.

and to him smiting thee upon the cheek, give also the other, and from him taking away from thee the mantle, also the coat thou mayest not keep back.

And Peter having risen, went with them, whom having come, they brought into the upper chamber, and all the widows stood by him weeping, and shewing coats and garments, as many as Dorcas was making while she was with them.

and he, having cast away his garment, having risen, did come unto Jesus.

and were calling on him that they might only touch the fringe of his garment, and as many as did touch were saved.

having heard about Jesus, having come in the multitude behind, she touched his garment,

for she said -- 'If even his garments I may touch, I shall be saved;'

And immediately Jesus having known in himself that out of him power had gone forth, having turned about in the multitude, said, 'Who did touch my garments?'

and wherever he was going, to villages, or cities, or fields, in the market-places they were laying the infirm, and were calling upon him, that they may touch if it were but the fringe of his garment, and as many as were touching him were saved.

and he in the field -- let him not turn back to take his garments.

and he who is in the field, let him not turn to the things behind, to take up his garment.

and the soldiers having plaited a crown of thorns, did place it on his head, and a purple garment they put around him,

John 19:5
Verse Concepts
Who He Might Becrowns
Crown Of ThornsPurple Clothes

Jesus, therefore, came forth without, bearing the thorny crown and the purple garment; and he saith to them, 'Lo, the man!'

The messenger also said to him, 'Gird thyself, and bind on thy sandals;' and he did so; and he saith to him, 'Put thy garment round and be following me;'

and he is arrayed with a garment covered with blood, and his name is called, The Word of God.

the cloak that I left in Troas with Carpus, coming, bring thou and the books -- especially the parchments.