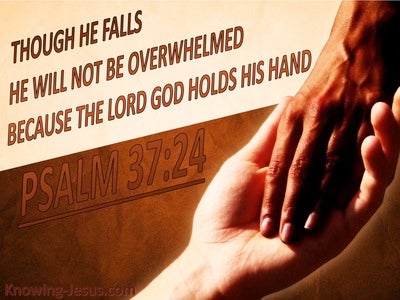 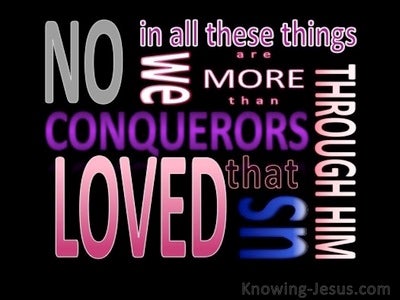 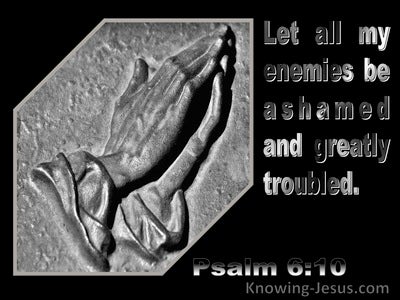 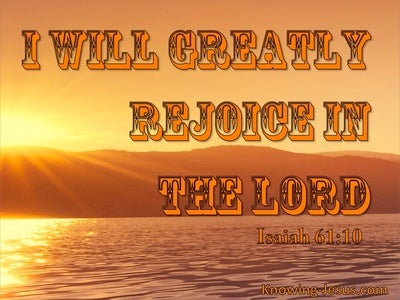 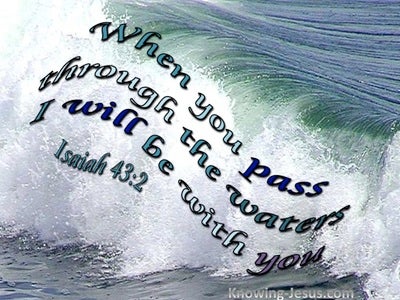 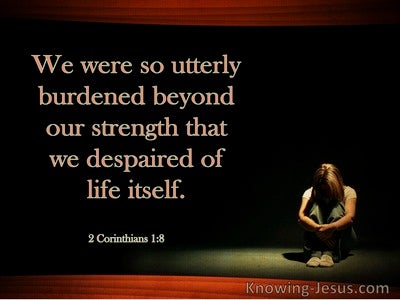 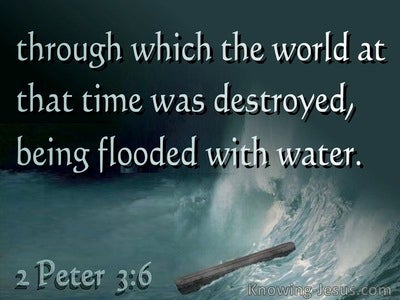 From the end of the earth I will cry to you whenever my heart is overwhelmed. Place me on the rock that's too high for me.

For you have been a refuge for me, a tower of strength before the enemy.

Psalm 55:5
Verse Concepts
Fear Of EnemiesAnxiety, Examples Of
Being Overwhelmed

Fear and trembling have overwhelmed me, and horror has covered me.

Psalm 14:5
Verse Concepts
terrorismatheismTerror Of GodGod Is Among You
God, Present EverywhereRighteousness, Of BelieversBeing Overwhelmed

There they are seized with terror, because God is with those who are righteous.

My iniquities loom over my head; like a cumbersome burden, they are too heavy for me.

Though he stumbles, he will not fall down flat, for the LORD will hold up his hand.

Though my spirit grows faint within me, you are aware of my path. Wherever I go, they have hidden a trap for me.

There the Israelis were seized with terror, when there was nothing to fear. For God scattered the bones of those who laid siege against you you put them to shame, for God rejected them.

As a result, my spirit is desolate within me, and my mind within me is appalled.

He led them to safety so they would not fear. As for their enemies, the sea covered them.

I remember God, and I groan; I meditate, while my spirit grows faint. Interlude

When my anxious inner thoughts become overwhelming, your comfort encourages me.

The cords of death entangled me; the rivers of Belial made me afraid.

So forgive and comfort him, or else he will drown in his excessive grief.

Let neither the floodwaters overwhelm me nor let the deep swallow me up, nor the mouth of the well close over me.

Then the flood waters would have overwhelmed us, the torrent would have flooded over us;

In all these things we are triumphantly victorious due to the one who loved us.

My acts of iniquity they overwhelm me! Our transgressions you blot them out!

Your anger lies heavily upon me; you pound me with all your waves. Interlude

the swollen waters would have swept us away.

My heart is trembling within me, and the terrors of death have assaulted me.

May those who surround me discover that the trouble they talk about falls on their own head!

As for all my enemies, they will be put to shame; they will be greatly frightened and suddenly turn away ashamed. A Davidic psalm, which he sang to the LORD, because of the words of Cush the descendant of Benjamin.

Because deadly breakers engulfed me, while torrents of abuse from the ungodly overwhelmed me.

"I will heartily rejoice in the LORD, my soul will delight in my God; for he has wrapped me in garments of salvation; he has arrayed me in a robe of righteousness, just like a bridegroom, like a priest with a garland, and like a bride adorns herself with her jewels.

When you pass through the waters, I'll be with you; and through the rivers, they won't sweep over you. when you walk through fire you won't be scorched, and the flame won't set you ablaze.

For we do not want you to be ignorant, brothers, about the suffering we experienced in Asia. We were so crushed beyond our ability to endure that we even despaired of living.

Amazed beyond measure, they kept on saying, "He does everything well! He even makes deaf people hear and mute people talk!"

Overcome with fear, they kept saying to one another, "Who is this man? Even the wind and the sea obey him!"

But with an overwhelming deluge he will bring utter desolation to Nineveh, and his enemies he will pursue with darkness.

by which the world at that time was deluged with water and destroyed.

When Zechariah saw him, he was startled, and fear overwhelmed him.

From the end of the earth I will cry to you whenever my heart is overwhelmed. Place me on the rock that's too high for me.

My God! My God! Why have you abandoned me? Why are you so far from delivering me from my groaning words?