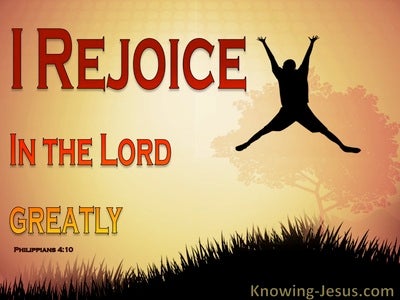 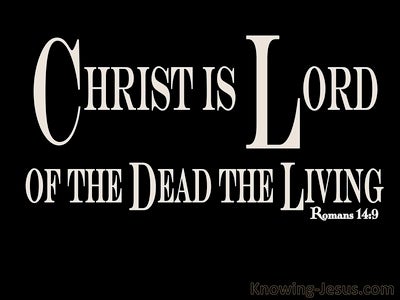 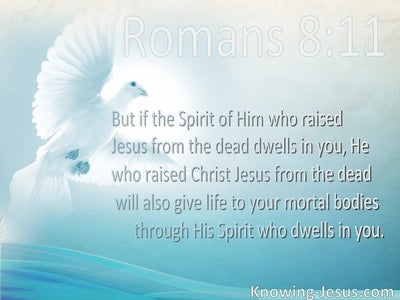 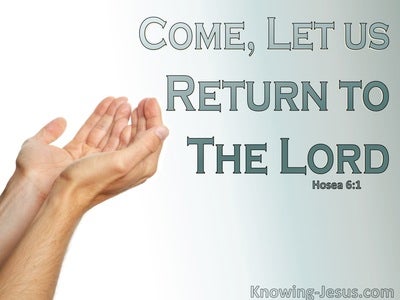 Dost Thou not turn back? Thou revivest us, And Thy people do rejoice in Thee.

He doth revive us after two days, In the third day He doth raise us up, And we live before Him.

The humble have seen -- they rejoice, Ye who seek God -- and your heart liveth.

And we do not go back from Thee, Thou dost revive us, and in Thy name we call.

And they speak unto him all the words of Joseph, which he hath spoken unto them, and he seeth the waggons which Joseph hath sent to bear him away, and live doth the spirit of Jacob their father;

And I rejoiced in the Lord greatly, that now at length ye flourished again in caring for me, for which also ye were caring, and lacked opportunity;

Thy dead live -- My dead body they rise. Awake and sing, ye dwellers in the dust, For the dew of herbs is thy dew, And the land of Rephaim thou causest to fall.

Remove mine eyes from seeing vanity, In Thy way quicken Thou me.

Return do the dwellers under his shadow, They revive as corn, and flourish as a vine, His memorial is as wine of Lebanon.

Plead my plea, and redeem me, According to Thy saying quicken me.

because it is the time of the beginning of the judgment from the house of God, and if first from us, what the end of those disobedient to the good news of God?

'And now, as a small moment hath grace been from Jehovah our God, to leave to us an escape, and to give to us a nail in His holy place, by our God's enlightening our eyes, and by giving us a little quickening in our servitude;

The law of Jehovah is perfect, refreshing the soul, The testimonies of Jehovah are stedfast, Making wise the simple,

According to Thy kindness quicken Thou me, And I keep the testimony of Thy mouth!

This is my comfort in mine affliction, That Thy saying hath quickened me.

and Jehovah hearkeneth to the voice of Elijah, and the soul of the lad turneth back into his midst, and he liveth.

And I was alive apart from law once, and the command having come, the sin revived, and I died;

For thus said the high and exalted One, Inhabiting eternity, and holy is His name: 'In the high and holy place I dwell, And with the bruised and humble of spirit, To revive the spirit of the humble, And to revive the heart of bruised ones,'

for servants we are, and in our servitude our God hath not forsaken us, and stretcheth out unto us kindness before the kings of Persia, to give to us a quickening to lift up the house of our God, and to cause its wastes to cease, and to give to us a wall in Judah and in Jerusalem.

and it cometh to pass, they are burying a man, and lo, they have seen the troop, and cast the man into the grave of Elisha, and the man goeth and cometh against the bones of Elisha, and liveth, and riseth on his feet.

I have been afflicted very much, O Jehovah, quicken me, according to Thy word.

Drop, ye heavens, from above, And clouds do cause righteousness to flow, Earth openeth, and they are fruitful, Salvation and righteousness spring up together, I, Jehovah, have prepared it.

Thy mercies are many, O Jehovah, According to Thy judgments quicken me.

Lo, I have longed for Thy precepts, In Thy righteousness quicken Thou me,

To the age I forget not Thy precepts, For by them Thou hast quickened me.

Daleth. Cleaved to the dust hath my soul, Quicken me according to Thy word.

And God cleaveth the hollow place which is in Lehi, and waters come out of it, and he drinketh, and his spirit cometh back, and he reviveth; therefore hath one called its name 'The fountain of him who is calling,' which is in Lehi unto this day.

If I walk in the midst of distress Thou quickenest me, Against the anger of mine enemies Thou sendest forth Thy hand, And Thy right hand doth save me.

For I have satiated the weary soul, And every grieved soul I have filled.'

'Come, and we turn back unto Jehovah, For He hath torn, and He doth heal us, He doth smite, and He bindeth us up.

and give to him a piece of a bunch of dried figs, and two bunches of raisins, and he eateth, and his spirit returneth unto him, for he hath not eaten bread nor drunk water three days and three nights.

For Thy name's sake O Jehovah, Thou dost quicken me, In Thy righteousness, Thou bringest out from distress my soul,

and also all that generation have been gathered unto their fathers, and another generation riseth after them who have not known Jehovah, and even the work which He hath done to Israel.

And we do not go back from Thee, Thou dost revive us, and in Thy name we call.

Lord, by these do men live, And by all in them is the life of my spirit, And Thou savest me, make me also to live,