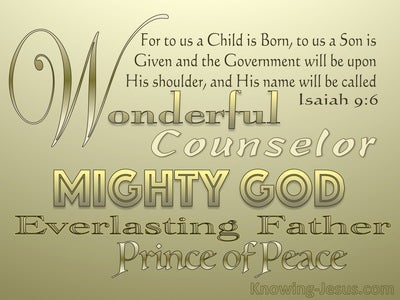 They lift him up on the shoulder, They carry him, and cause him to rest in his place, And he standeth, from his place he moveth not, Yea, one crieth unto him, and he answereth not, From his adversity he saveth him not.

and the people taketh up its dough before it is fermented, their kneading-troughs are bound up in their garments on their shoulder.

In their taking hold of thee by thy hand, -- thou art crushed, And hast rent to them all the shoulder, And in their leaning on thee thou art broken, And hast caused all their thighs to stand.

And it hath come to pass, in that day, Turned is his burden from off thy shoulder, And his yoke from off thy neck, And destroyed hath been the yoke, because of prosperity.

And they refuse to attend, And they give a refractory shoulder, And their ears have made heavy against hearing.

Of Benjamin he said: -- The beloved of Jehovah doth tabernacle confidently by him, Covering him over all the day; Yea, between his shoulders He doth tabernacle.

six of their names on the one stone, and the names of the remaining six on the second stone, according to their births; the work of an engraver in stone, openings of a signet, thou dost open the two stones by the names of the sons of Israel; turned round, embroidered with gold, thou dost make them. And thou hast set the two stones on the shoulders of the ephod -- stones of memorial to the sons of Israel -- and Aaron hath borne their names before Jehovah, on his two shoulders, for a memorial.

and the ram he maketh a sacrifice of peace-offerings to Jehovah, besides the basket of unleavened things; and the priest hath made its present and its libation.

'And the priest hath taken the boiled shoulder from the ram, and one unleavened cake out of the basket, and one thin unleavened cake, and hath put on the palms of the Nazarite after his shaving his separation;

and the right leg ye do make a heave-offering to the priest of the sacrifices of your peace-offerings;

And thou hast set the two stones on the shoulders of the ephod -- stones of memorial to the sons of Israel -- and Aaron hath borne their names before Jehovah, on his two shoulders, for a memorial.

and having found, he doth lay it on his shoulders rejoicing,

And Abraham riseth early in the morning, and taketh bread, and a bottle of water, and giveth unto Hagar (placing it on her shoulder), also the lad, and sendeth her out; and she goeth on, and goeth astray in the wilderness of Beer-Sheba;

And it cometh to pass, before he hath finished speaking, that lo, Rebekah (who was born to Bethuel, son of Milcah, wife of Nahor, brother of Abraham) is coming out, and her pitcher on her shoulder,

'Before I finish speaking unto my heart, then lo, Rebekah is coming out, and her pitcher on her shoulder, and she goeth down to the fountain, and draweth; and I say unto her, Let me drink, I pray thee,

For then do I turn unto peoples a pure lip, To call all of them by the name of Jehovah, To serve Him with one shoulder.

Because with side and with shoulder ye thrust away, And with your horns push all the diseased, Till ye have scattered them to the out-place,

for they bind together burdens heavy and grievous to be borne, and lay upon the shoulders of men, but with their finger they will not move them.

My shoulder from its blade let fall, And mine arm from the bone be broken.