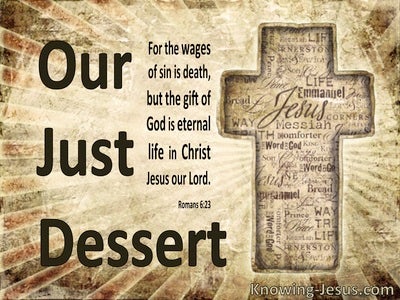 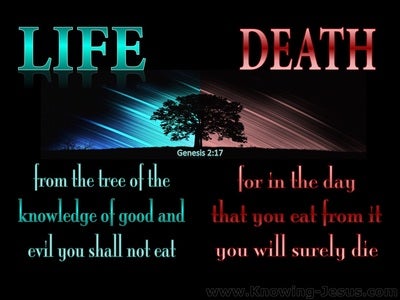 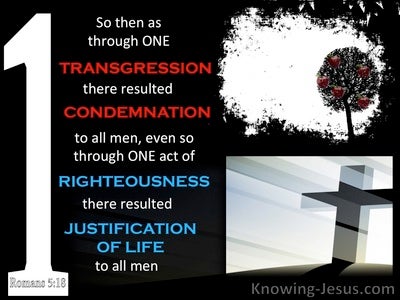 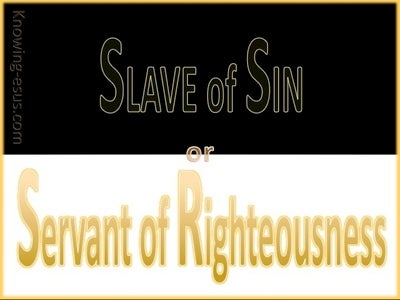 and of the tree of knowledge of good and evil, thou dost not eat of it, for in the day of thine eating of it -- dying thou dost die.'

and of the fruit of the tree which is in the midst of the garden God hath said, Ye do not eat of it, nor touch it, lest ye die.'

Evil doth put to death the wicked, And those hating the righteous are desolate.

because of this, even as through one man the sin did enter into the world, and through the sin the death; and thus to all men the death did pass through, for that all did sin;

but the death did reign from Adam till Moses, even upon those not having sinned in the likeness of Adam's transgression, who is a type of him who is coming.

have ye not known that to whom ye present yourselves servants for obedience, servants ye are to him to whom ye obey, whether of sin to death, or of obedience to righteousness?

for when we were in the flesh, the passions of the sins, that are through the law, were working in our members, to bear fruit to the death;

Romans 7:11
Verse Concepts
Effect Of The LawDeceptionDeceiving Oneself
Right Time For The DevilSin Producing Death

for the sin, having received an opportunity, through the command, did deceive me, and through it did slay me;

That which is good then, to me hath it become death? let it not be! but the sin, that it might appear sin, through the good, working death to me, that the sin might become exceeding sinful through the command,

what fruit, therefore, were ye having then, in the things of which ye are now ashamed? for the end of those is death.

There is a way -- right before a man, And its latter end are ways of death.

There is a way right before a man, And its latter end -- ways of death.

A wretched man I am! who shall deliver me out of the body of this death?