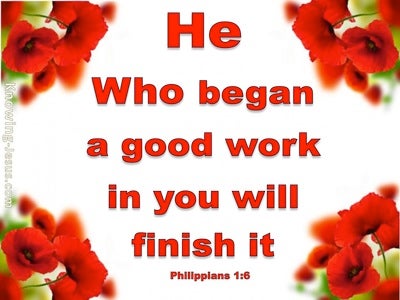 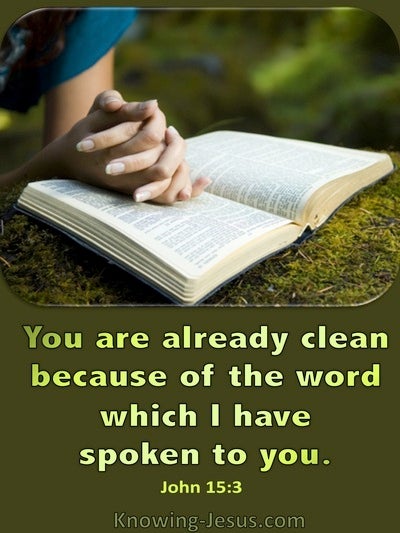 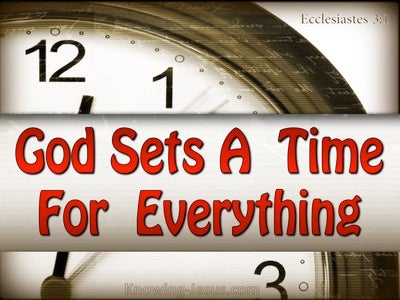 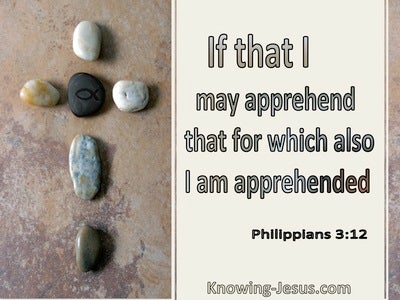 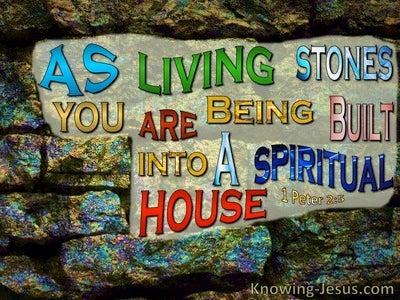 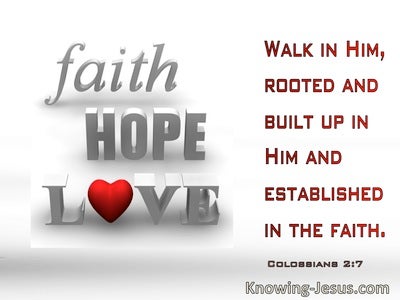 For to every delight there is a time and a judgment, for the misfortune of man is great upon him.

for what is a man profited, having gained the whole world, and having lost or having forfeited himself?

having been confident of this very thing, that He who did begin in you a good work, will perform it till a day of Jesus Christ,

for what shall it profit a man, if he may gain the whole world, and forfeit his life?

do ye not understand that all that is going into the mouth doth pass into the belly, and into the drain is cast forth?

and let the endurance have a perfect work, that ye may be perfect and entire -- in nothing lacking;

see, I have set before you the land; go in and possess the land which Jehovah hath sworn to your fathers, to Abraham, to Isaac, and to Jacob, to give to them, and to their seed after them.

And it cometh to pass at the end of days that Cain bringeth from the fruit of the ground a present to Jehovah;

and marred is the vessel that he is making, as clay in the hand of the potter, and he hath turned and he maketh it another vessel, as it was right in the eyes of the potter to make.

and I have given on you sinews, and cause flesh to come up upon you, and covered you over with skin, and given in you a spirit, and ye have lived, and ye have known that I am Jehovah.'

for of patience ye have need, that the will of God having done, ye may receive the promise,

Bread -corn is beaten small, For not for ever doth he sorely thresh it, Nor crushed it hath a wheel of his cart, Nor do his hoofs beat it small.

And it cometh to pass, after a time, that the Bene-Ammon fight with Israel,

'If in the breaking through, the thief is found, and he hath been smitten, and hath died, there is no blood for him;

that the proof of your faith -- much more precious than of gold that is perishing, and through fire being approved -- may be found to praise, and honour, and glory, in the revelation of Jesus Christ,

God! perfect is His way, The saying of Jehovah is tried, A shield is He to all those trusting in Him.

Bring near your cause, saith Jehovah, Bring nigh your mighty ones, saith the king of Jacob.

and to be renewed in the spirit of your mind,

that each of you know his own vessel to possess in sanctification and honour,

Hebrews 9:16
Verse Concepts
The Fact Of DeathDeath oflosing a loved onea new beginningcovenantwill
Death Of Loved OnetransitionJesus DeathorderNecessityLoss Of A Loved One

because I will be merciful to their unrighteousness, and their sins and their lawlessnesses I will remember no more;' --

for what is a man profited if he may gain the whole world, but of his life suffer loss? or what shall a man give as an exchange for his life?

They have seen Thy goings, O God, Goings of my God, my king, in the sanctuary.

and be not conformed to this age, but be transformed by the renewing of your mind, for your proving what is the will of God -- the good, and acceptable, and perfect.

already ye are clean, because of the word that I have spoken to you;

To everything -- a season, and a time to every delight under the heavens:

Not that I did already obtain, or have been already perfected; but I pursue, if also I may lay hold of that for which also I was laid hold of by the Christ Jesus;

because it is the time of the beginning of the judgment from the house of God, and if first from us, what the end of those disobedient to the good news of God?

And strengthen doth an artisan the refiner, A smoother with a hammer, Him who is beating on an anvil, Saying, 'For joining it is good,' And he strengtheneth it with nails, it is not moved!

being rooted and built up in him, and confirmed in the faith, as ye were taught -- abounding in it in thanksgiving.

Take away dross from silver, And a vessel for the refiner goeth forth,

And I have brought the third into fire, And refined them like a refining of silver, And have tried them like a trying of gold, It doth call in My name, and I answer it, I have said, 'My people it is,' And it saith, 'Jehovah is my God!'

And he hath sat, a refiner and purifier of silver, And he hath purified the sons of Levi, And hath refined them as gold and as silver, And they have been to Jehovah bringing nigh a present in righteousness.