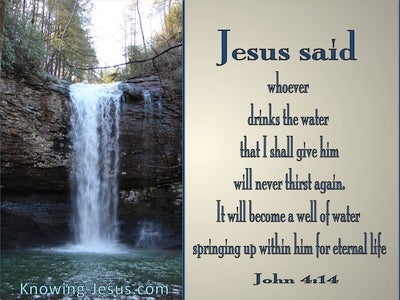 no longer be drinking water, but a little wine be using, because of thy stomach and of thine often infirmities;

Ruth 3:7
Verse Concepts
Eating And Drinking
Lying Down To Rest

And Boaz eateth and drinketh, and his heart is glad; and he goeth in to lie down at the end of the heap; and she cometh in gently, and uncovereth his feet, and lieth down.

and the giving of drink in vessels of gold, and the vessels are divers vessels, and the royal wine is abundant, as a memorial of the king. And the drinking is according to law, none is pressing, for so hath the king appointed for every chief one of his house, to do according to the pleasure of man and man.

And the king saith to Esther, during the banquet of wine, 'What is thy petition? and it is given to thee; and what thy request? unto the half of the kingdom -- and it is done.'

Woe to the mighty to drink wine, And men of strength to mingle strong drink.

And lo, joy and gladness, slaying of oxen, And slaughtering of sheep, Eating of flesh, and drinking of wine, Eat and drink, for to-morrow we die.

A cry over the wine is in out-places, Darkened hath been all joy, Removed hath been the joy of the land.

and having come near, he bound up his wounds, pouring on oil and wine, and having lifted him up on his own beast, he brought him to an inn, and was careful of him;

And the drinking is according to law, none is pressing, for so hath the king appointed for every chief one of his house, to do according to the pleasure of man and man.

and having taken the cup, and having given thanks, he gave to them, saying, 'Drink ye of it -- all; for this is my blood of the new covenant, that for many is being poured out -- to remission of sins; and I say to you, that I may not drink henceforth on this produce of the vine, till that day when I may drink it with you new in the reign of my Father.'

Not for kings, O Lemuel, Not for kings, to drink wine, And for princes a desire of strong drink. Lest he drink, and forget the decree, And change the judgment of any of the sons of affliction.

Wine is a scorner -- strong drink is noisy, And any going astray in it is not wise.

and be not drunk with wine, in which is dissoluteness, but be filled in the Spirit,

envyings, murders, drunkennesses, revellings, and such like, of which I tell you before, as I also said before, that those doing such things the reign of God shall not inherit.

And no priest doth drink wine in their coming in unto the inner court.

Sour is their drink, They have gone diligently a-whoring, Her protectors have loved shame thoroughly.

Awake, ye drunkards, and weep, And howl all drinking wine, because of the juice, For it hath been cut off from your mouth.

And ye cause the Nazarites to drink wine, And on the prophets ye have laid a charge, Saying, 'Do not prophecy!'

If one is going with the wind, And with falsehood hath lied: 'I prophesy to thee of wine, and of strong drink,' He hath been the prophet of this people!

Hear this word, ye kine of Bashan, Who are in the mountain of Samaria, Who are oppressing the poor, Who are bruising the needy, Who are saying to their lords: 'Bring in, and we do drink.'

aged women, in like manner, in deportment as doth become sacred persons, not false accusers, to much wine not enslaved, of good things teachers,

And the third day a marriage happened in Cana of Galilee, and the mother of Jesus was there, and also Jesus was called, and his disciples, to the marriage; and wine having failed, the mother of Jesus saith unto him, 'Wine they have not;'read more.
Jesus saith to her, 'What -- to me and to thee, woman? not yet is mine hour come.' His mother saith to the ministrants, 'Whatever he may say to you -- do.' And there were there six water-jugs of stone, placed according to the purifying of the Jews, holding each two or three measures. Jesus saith to them, 'Fill the water-jugs with water;' and they filled them -- unto the brim; and he saith to them, 'Draw out, now, and bear to the director of the apartment;' and they bare. And as the director of the apartment tasted the water become wine, and knew not whence it is, (but the ministrants knew, who have drawn the water,) the director of the feast doth call the bridegroom, and saith to him, 'Every man, at first, the good wine doth set forth; and when they may have drunk freely, then the inferior; thou didst keep the good wine till now.' This beginning of the signs did Jesus in Cana of Galilee, and manifested his glory, and his disciples believed in him;

And there is a certain man of Zorah, of the family of the Danite, and his name is Manoah, his wife is barren, and hath not borne; and a messenger of Jehovah appeareth unto the woman, and saith unto her, 'Lo, I pray thee, thou art barren, and hast not borne; when thou hast conceived, then thou hast borne a son. And, now, take heed, I pray thee, and do not drink wine, and strong drink, and do not eat any unclean thing,read more.
for, lo, thou art conceiving and bearing a son, and a razor doth not go up on his head, for a Nazarite to God is the youth from the womb, and he doth begin to save Israel out of the hand of the Philistines.'

and he saith to me, Lo, thou art pregnant, and bearing a son, and now do not drink wine and strong drink, and do not eat any unclean thing, for a Nazarite to God is the youth from the womb till the day of his death.'

And the sons of Noah who are going out of the ark are Shem, and Ham, and Japheth; and Ham is father of Canaan. These three are sons of Noah, and from these hath all the earth been overspread. And Noah remaineth a man of the ground, and planteth a vineyard,read more.
and drinketh of the wine, and is drunken, and uncovereth himself in the midst of the tent. And Ham, father of Canaan, seeth the nakedness of his father, and declareth to his two brethren without. And Shem taketh -- Japheth also -- the garment, and they place on the shoulder of them both, and go backward, and cover the nakedness of their father; and their faces are backward, and their father's nakedness they have not seen. And Noah awaketh from his wine, and knoweth that which his young son hath done to him, and saith: 'Cursed is Canaan, Servant of servants he is to his brethren.' And he saith: 'Blessed of Jehovah my God is Shem, And Canaan is servant to him. God doth give beauty to Japheth, And he dwelleth in tents of Shem, And Canaan is servant to him.'

Woe to him who is giving drink to his neighbour, Pouring out thy bottle, and also making drunk, In order to look on their nakedness.