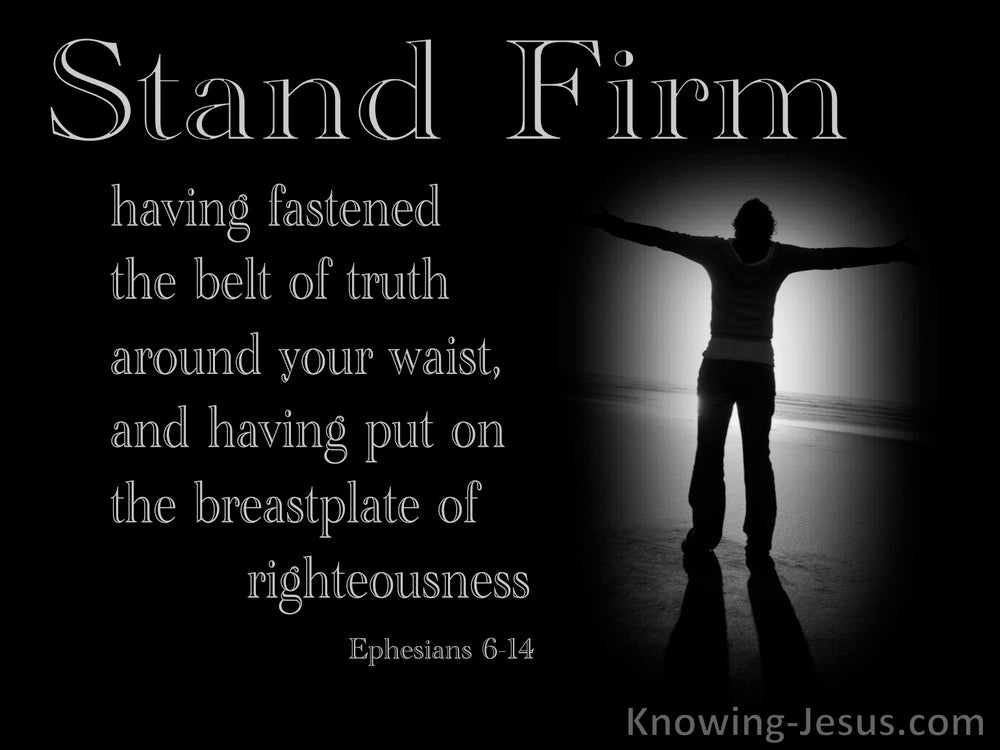 When they were at the large stone which is in Gibeon, Amasa came to meet them. Now Joab was dressed in his military attire, and over it was a belt with a sword in its sheath fastened at his waist; and as he went forward, it fell out.

“Now you also know what Joab the son of Zeruiah did to me, what he did to the two commanders of the armies of Israel, to Abner the son of Ner, and to Amasa the son of Jether, whom he killed; he also shed the blood of war in peace. And he put the blood of war on his belt about his waist, and on his sandals on his feet.

Then he said to Gehazi, “Gird up your loins and take my staff in your hand, and go your way; if you meet any man, do not salute him, and if anyone salutes you, do not answer him; and lay my staff on the lad’s face.”

2 Kings 9:1
Verse Concepts
Named Prophets Of The LordSons Of The Prophets
Preparing For Action

Now Elisha the prophet called one of the sons of the prophets and said to him, “Gird up your loins, and take this flask of oil in your hand and go to Ramoth-gilead.

No one in it is weary or stumbles,
None slumbers or sleeps;
Nor is the belt at its waist undone,
Nor its sandal strap broken.

Thus the Lord said to me, “Go and buy yourself a linen waistband and put it around your waist, but do not put it in water.” So I bought the waistband in accordance with the word of the Lord and put it around my waist. Then the word of the Lord came to me a second time, saying,read more.
“Take the waistband that you have bought, which is around your waist, and arise, go to the Euphrates and hide it there in a crevice of the rock.” So I went and hid it by the Euphrates, as the Lord had commanded me. After many days the Lord said to me, “Arise, go to the Euphrates and take from there the waistband which I commanded you to hide there.” Then I went to the Euphrates and dug, and I took the waistband from the place where I had hidden it; and lo, the waistband was ruined, it was totally worthless. Then the word of the Lord came to me, saying, “Thus says the Lord, ‘Just so will I destroy the pride of Judah and the great pride of Jerusalem. This wicked people, who refuse to listen to My words, who walk in the stubbornness of their hearts and have gone after other gods to serve them and to bow down to them, let them be just like this waistband which is totally worthless. For as the waistband clings to the waist of a man, so I made the whole household of Israel and the whole household of Judah cling to Me,’ declares the Lord, ‘that they might be for Me a people, for renown, for praise and for glory; but they did not listen.’

I lifted my eyes and looked, and behold, there was a certain man dressed in linen, whose waist was girded with a belt of pure gold of Uphaz.

Do not acquire gold, or silver, or copper for your money belts,

and He instructed them that they should take nothing for their journey, except a mere staff—no bread, no bag, no money in their belt—

And coming to us, he took Paul’s belt and bound his own feet and hands, and said, “This is what the Holy Spirit says: ‘In this way the Jews at Jerusalem will bind the man who owns this belt and deliver him into the hands of the Gentiles.’”

Jonathan stripped himself of the robe that was on him and gave it to David, with his armor, including his sword and his bow and his belt.

Then Joab said to the man who had told him, “Now behold, you saw him! Why then did you not strike him there to the ground? And I would have given you ten pieces of silver and a belt.”

girded with belts on their loins, with flowing turbans on their heads, all of them looking like officers, like the Babylonians in Chaldea, the land of their birth.

They answered him, “He was a hairy man with a leather girdle bound about his loins.” And he said, “It is Elijah the Tishbite.”

Now John himself had a garment of camel’s hair and a leather belt around his waist; and his food was locusts and wild honey.

John was clothed with camel’s hair and wore a leather belt around his waist, and his diet was locusts and wild honey.

Stand firm therefore, having girded your loins with truth, and having put on the breastplate of righteousness,