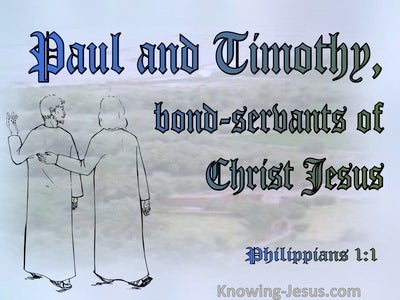 Solomon had twelve deputies over all Israel, who provided for the king and his household; each man had to provide for a month in the year. These are their names: Ben-hur, in the hill country of Ephraim; Ben-deker in Makaz and Shaalbim and Beth-shemesh and Elonbeth-hanan;read more.
Ben-hesed, in Arubboth (Socoh was his and all the land of Hepher); Ben-abinadab, in all the height of Dor (Taphath the daughter of Solomon was his wife); Baana the son of Ahilud, in Taanach and Megiddo, and all Beth-shean which is beside Zarethan below Jezreel, from Beth-shean to Abel-meholah as far as the other side of Jokmeam; Ben-geber, in Ramoth-gilead (the towns of Jair, the son of Manasseh, which are in Gilead were his: the region of Argob, which is in Bashan, sixty great cities with walls and bronze bars were his); Ahinadab the son of Iddo, in Mahanaim; Ahimaaz, in Naphtali (he also married Basemath the daughter of Solomon); Baana the son of Hushai, in Asher and Bealoth; Jehoshaphat the son of Paruah, in Issachar; Shimei the son of Ela, in Benjamin; Geber the son of Uri, in the land of Gilead, the country of Sihon king of the Amorites and of Og king of Bashan; and he was the only deputy who was in the land.

1 Kings 20:14
Verse Concepts
Who Is The Doer?First To Fight
Commander

Ahab said, “By whom?” So he said, “Thus says the Lord, ‘By the young men of the rulers of the provinces.’” Then he said, “Who shall begin the battle?” And he answered, “You.”

Then Pekah son of Remaliah, his officer, conspired against him and struck him in Samaria, in the castle of the king’s house with Argob and Arieh; and with him were fifty men of the Gileadites, and he killed him and became king in his place.

How then can you repulse one official of the least of my master’s servants, and rely on Egypt for chariots and for horsemen?

How then can you repulse one official of the least of my master’s servants and rely on Egypt for chariots and for horsemen?

Rehum the commander and Shimshai the scribe wrote a letter against Jerusalem to King Artaxerxes, as follows—

Joel the son of Zichri was their overseer, and Judah the son of Hassenuah was second in command of the city.

and he took six hundred select chariots, and all the other chariots of Egypt with officers over all of them.

“Pharaoh’s chariots and his army He has cast into the sea;
And the choicest of his officers are drowned in the Red Sea.

Then the officers shall speak further to the people and say, ‘Who is the man that is afraid and fainthearted? Let him depart and return to his house, so that he might not make his brothers’ hearts melt like his heart.’ When the officers have finished speaking to the people, they shall appoint commanders of armies at the head of the people.

David took the shields of gold which were carried by the servants of Hadadezer and brought them to Jerusalem.

Now the king of Aram was warring against Israel; and he counseled with his servants saying, “In such and such a place shall be my camp.”

They set the table, they spread out the cloth, they eat, they drink;
“Rise up, captains, oil the shields,”

girded with belts on their loins, with flowing turbans on their heads, all of them looking like officers, like the Babylonians in Chaldea, the land of their birth.

At once he took along some soldiers and centurions and ran down to them; and when they saw the commander and the soldiers, they stopped beating Paul.

So, on the next day when Agrippa came together with Bernice amid great pomp, and entered the auditorium accompanied by the commanders and the prominent men of the city, at the command of Festus, Paul was brought in.

And Huram by his servants sent him ships and servants who knew the sea; and they went with Solomon’s servants to Ophir, and took from there four hundred and fifty talents of gold and brought them to King Solomon.

From Miletus he sent to Ephesus and called to him the elders of the church.

It is a trustworthy statement: if any man aspires to the office of overseer, it is a fine work he desires to do.

The elders who rule well are to be considered worthy of double honor, especially those who work hard at preaching and teaching.

Ahab called Obadiah who was over the household. (Now Obadiah feared the Lord greatly;

When they called to the king, Eliakim the son of Hilkiah, who was over the household, and Shebnah the scribe and Joah the son of Asaph the recorder, came out to them.

Then he sent Eliakim who was over the household with Shebna the scribe and the elders of the priests, covered with sackcloth, to Isaiah the prophet the son of Amoz.

Shebuel the son of Gershom, the son of Moses, was officer over the treasures.

It came about whenever the chest was brought in to the king’s officer by the Levites, and when they saw that there was much money, then the king’s scribe and the chief priest’s officer would come, empty the chest, take it, and return it to its place. Thus they did daily and collected much money.

Then Daniel replied with discretion and discernment to Arioch, the captain of the king’s bodyguard, who had gone forth to slay the wise men of Babylon; he said to Arioch, the king’s commander, “For what reason is the decree from the king so urgent?” Then Arioch informed Daniel about the matter.

For while you are going with your opponent to appear before the magistrate, on your way there make an effort to settle with him, so that he may not drag you before the judge, and the judge turn you over to the officer, and the officer throw you into prison.

And he went away and discussed with the chief priests and officers how he might betray Him to them.

But the officers who came did not find them in the prison; and they returned and reported back,

Courts of justice » Provided with » Officers

Courts of justice » Provided with » Officers

“You shall appoint for yourself judges and officers in all your